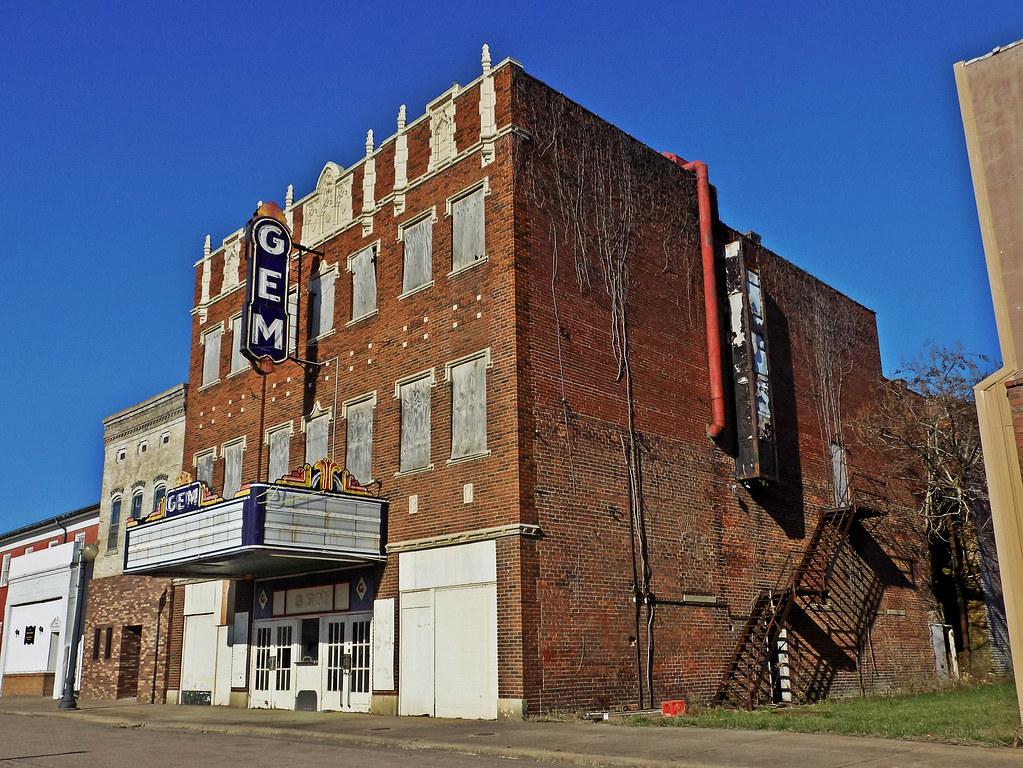 Two of my most fascinating and intruiging abandoned discoveries were by complete accident. McDowell County, West Virginia and Cairo, Illinois. 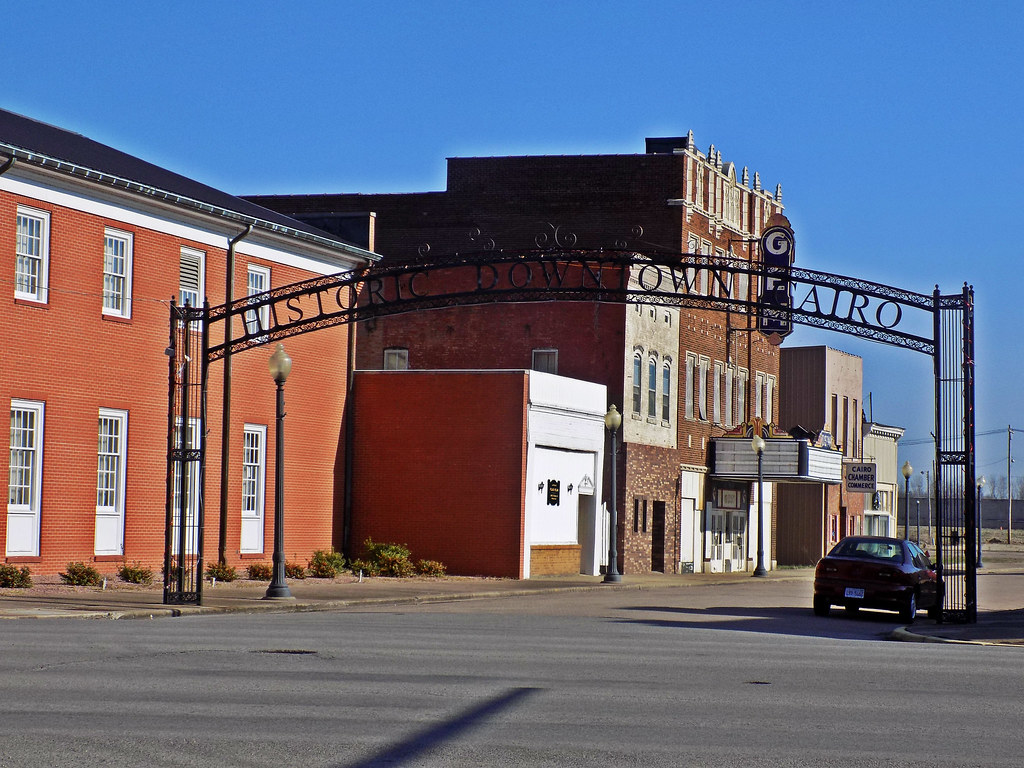 The first time I arrived in Cairo was in 2012 on spring break. I was headed for the confluence of the Mississippi and Ohio Rivers. Little did I know the treasure trove of historical matter I was about to stumble upon. 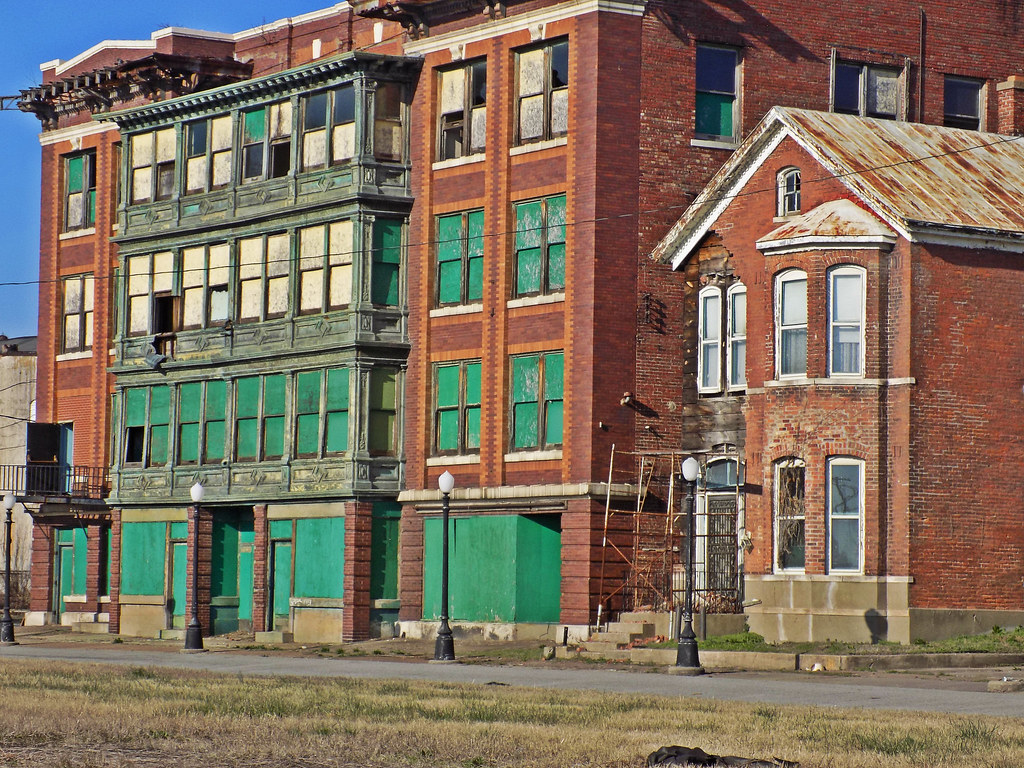 The town, just like McDowell County did, has stuck with me since and I often find myself wondering about the history, current state and future of a town I have no ties to whatsoever. 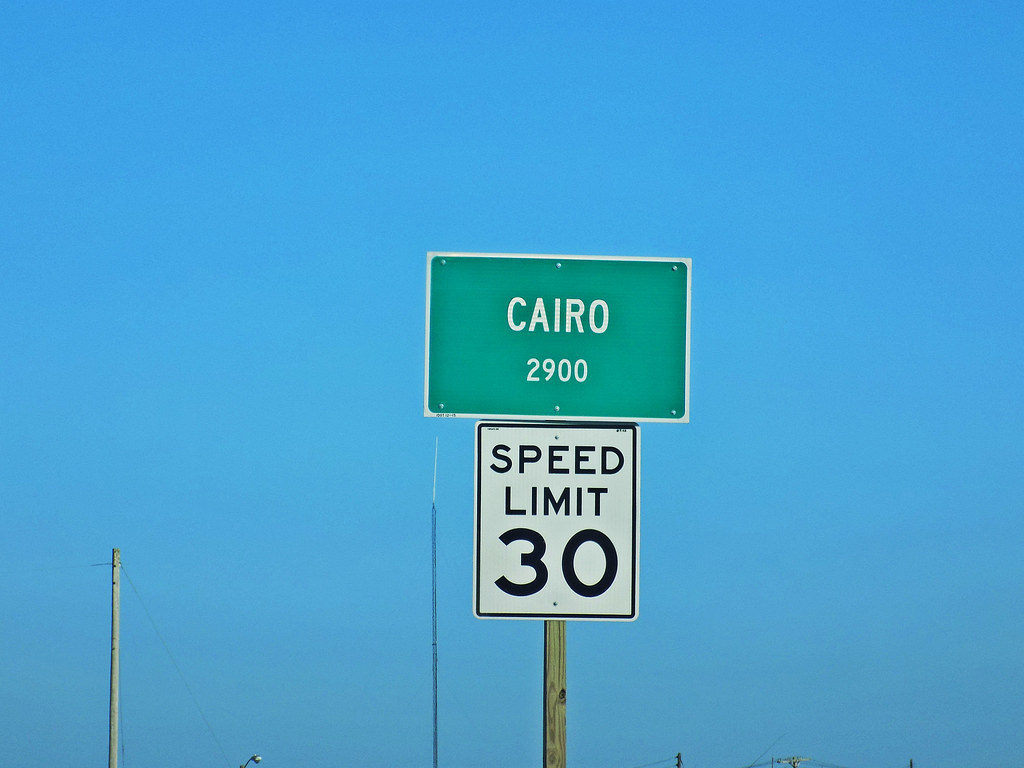 Cairo is the southern-most settlement in the state of Illinois, it lies right at the confluence of the Mississippi and Ohio Rivers right at the corner of the state where Missouri, Illinois and Kentucky all meet. The town has been subject to a turbulent history which has lead to a steep decline in population. The town was founded in 1858. The population peaked during the 1920 census at over 15,000 people. By 1980 that number had fallen to 5,931. The 2015 US census estimate puts the total at 2,467. Thats a decline of just under 85% in less than 100 years. 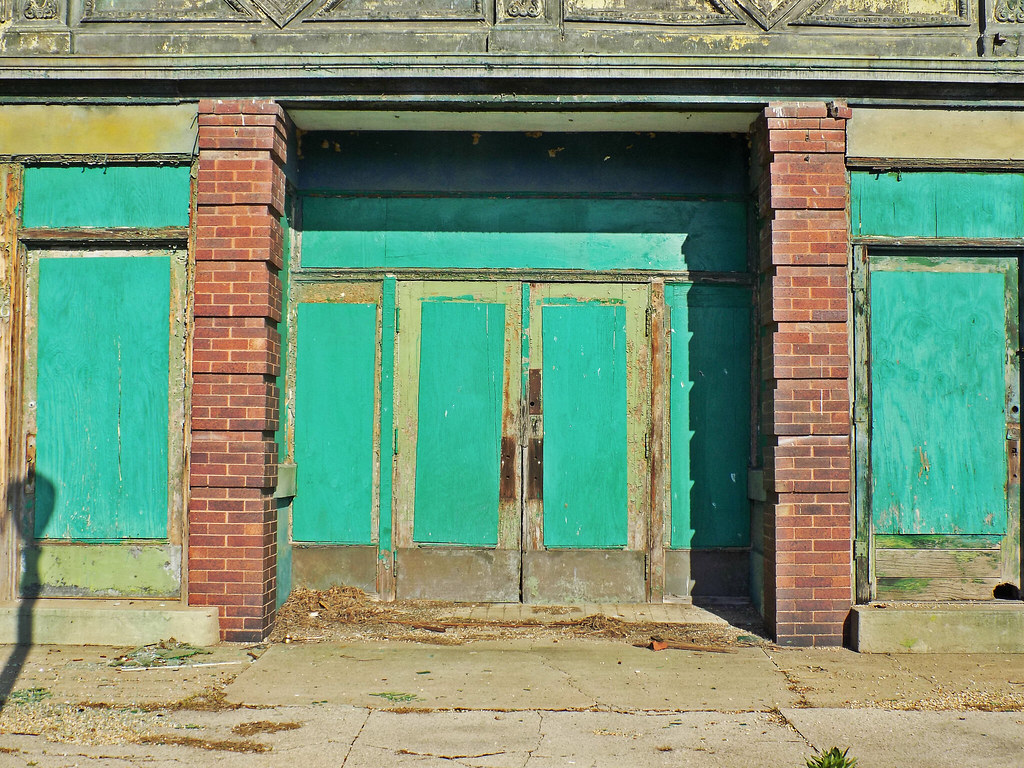 What happened? What went wrong? For that information I am going to link you up to my buddy Sherman Cahal’s blog entry covering Cairo and its decline. His article can be found by clicking HERE.
The former Famous-Barr Department Store building sat on the vaccant lot to the left of the van in this picture. That building was still standing when I was here in the spring of 2012. Oddly enough, so was that van. 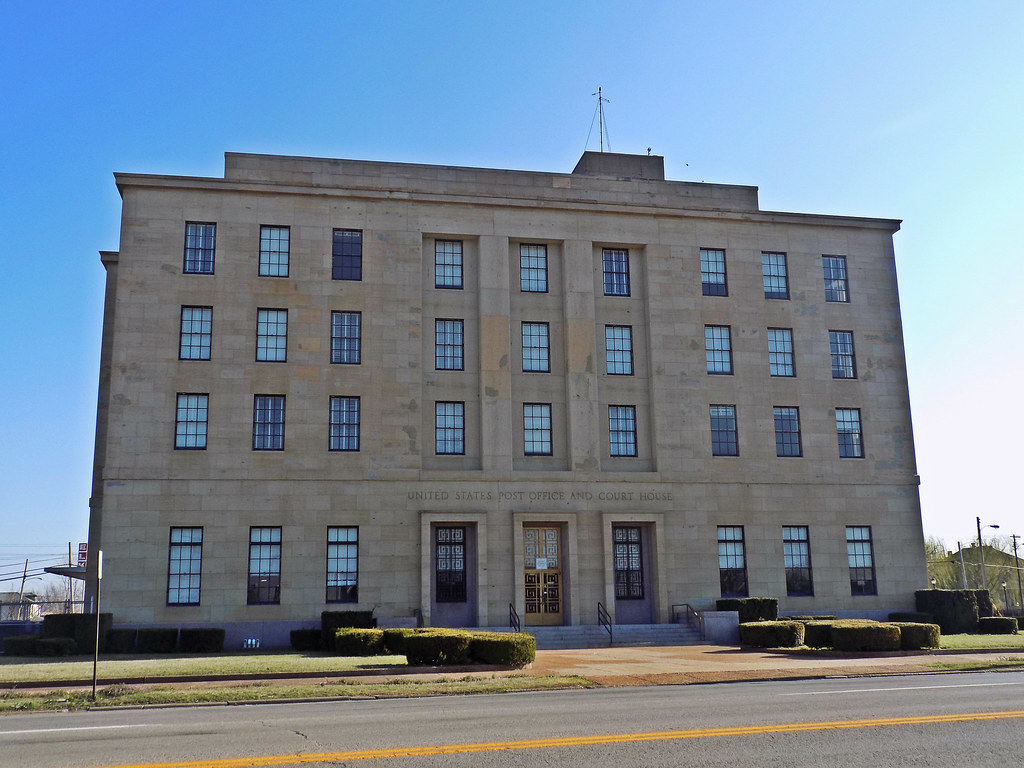 The post office is proof of the scope and size of Cairo in its original form. 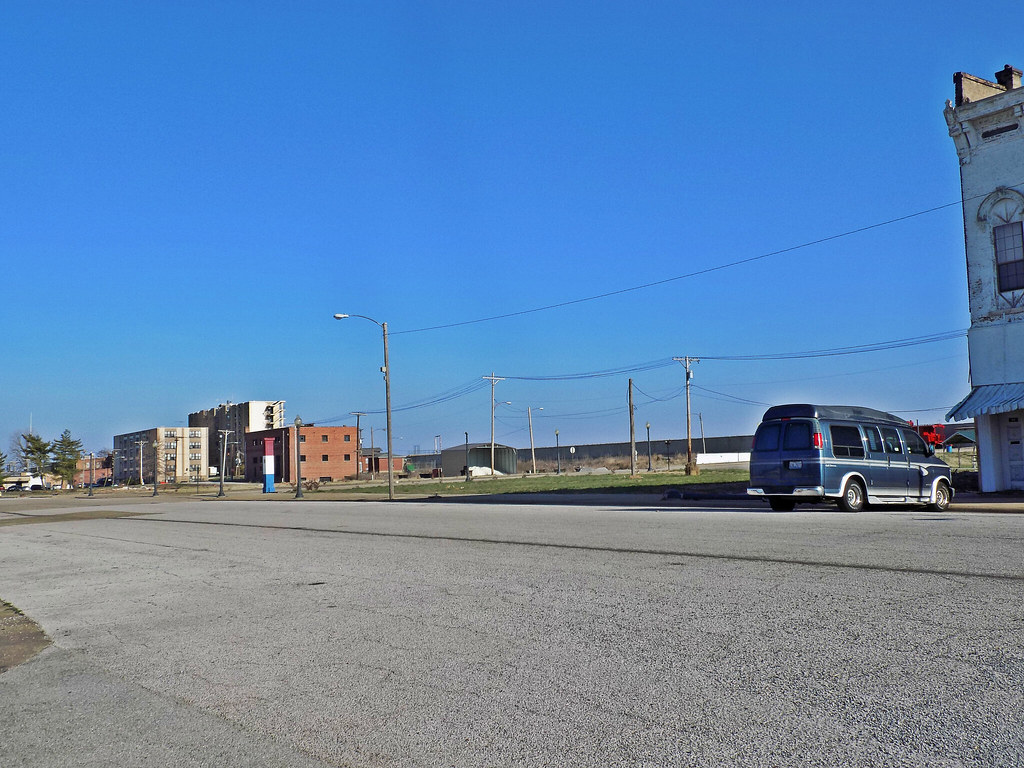 As are the wide streets all through the town that are mostly bare. The main street even included a rail car of some kind at sometime. The rail is still visible in the brick street. 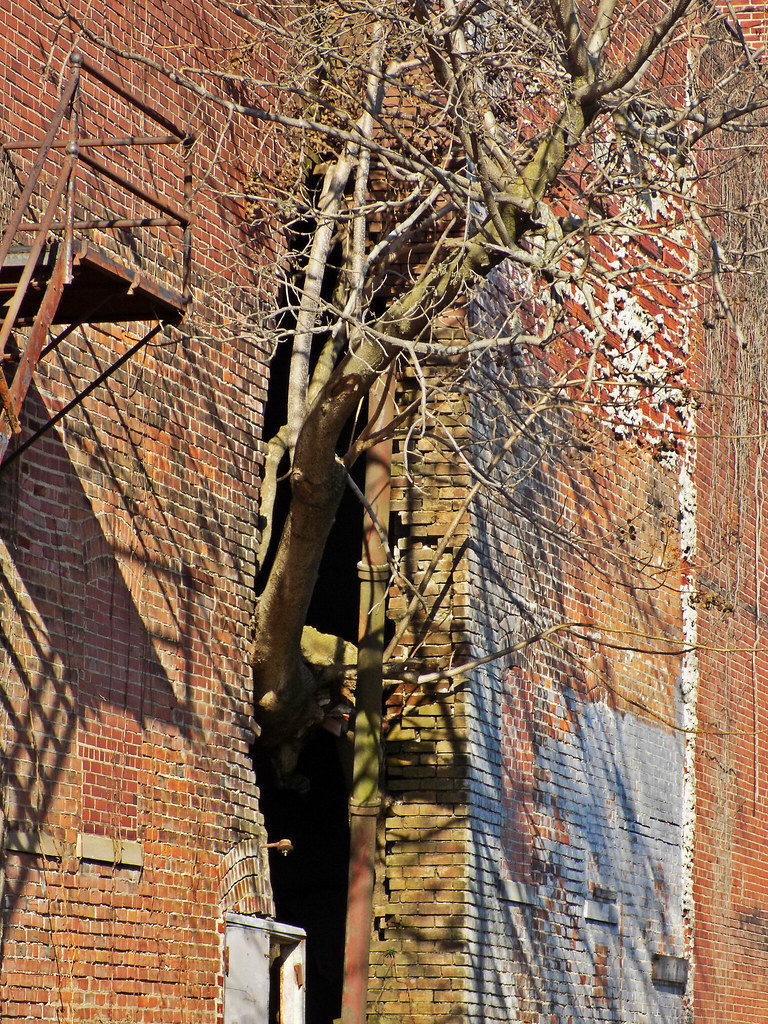 What few buildings are left standing in the Cairo business district are overgrown with trees and have fallen into a state of decay that is almost beyond repair.  The really sad part about this is that much of the business district of Cairo has been placed on the National Register of Historic Places 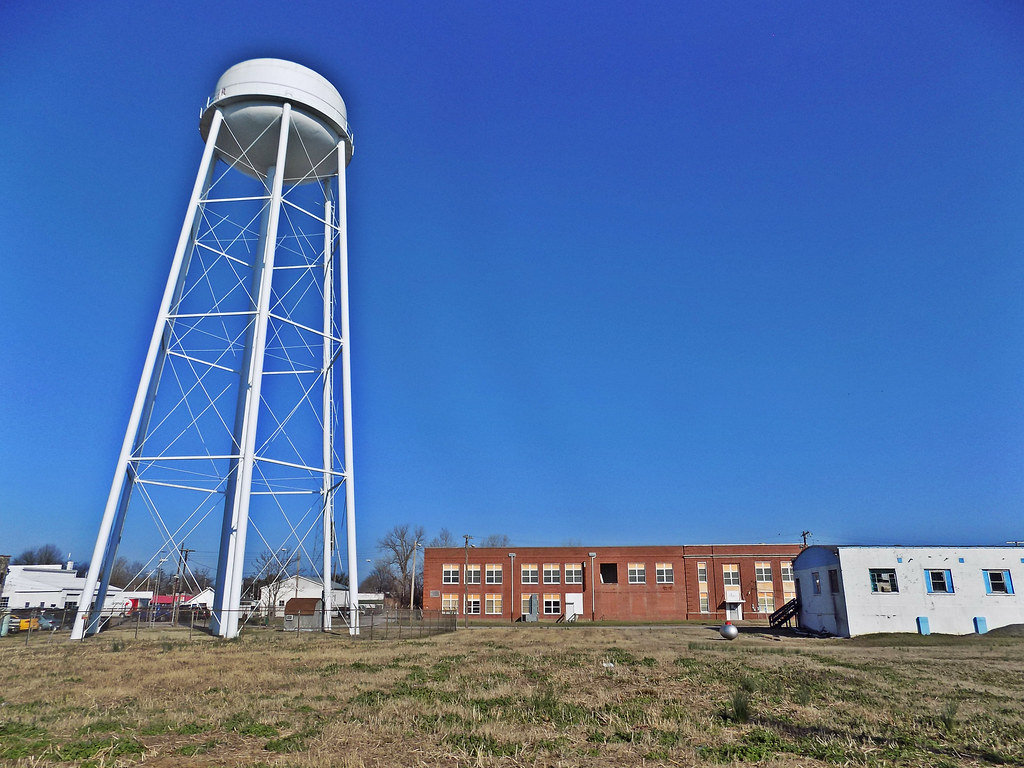 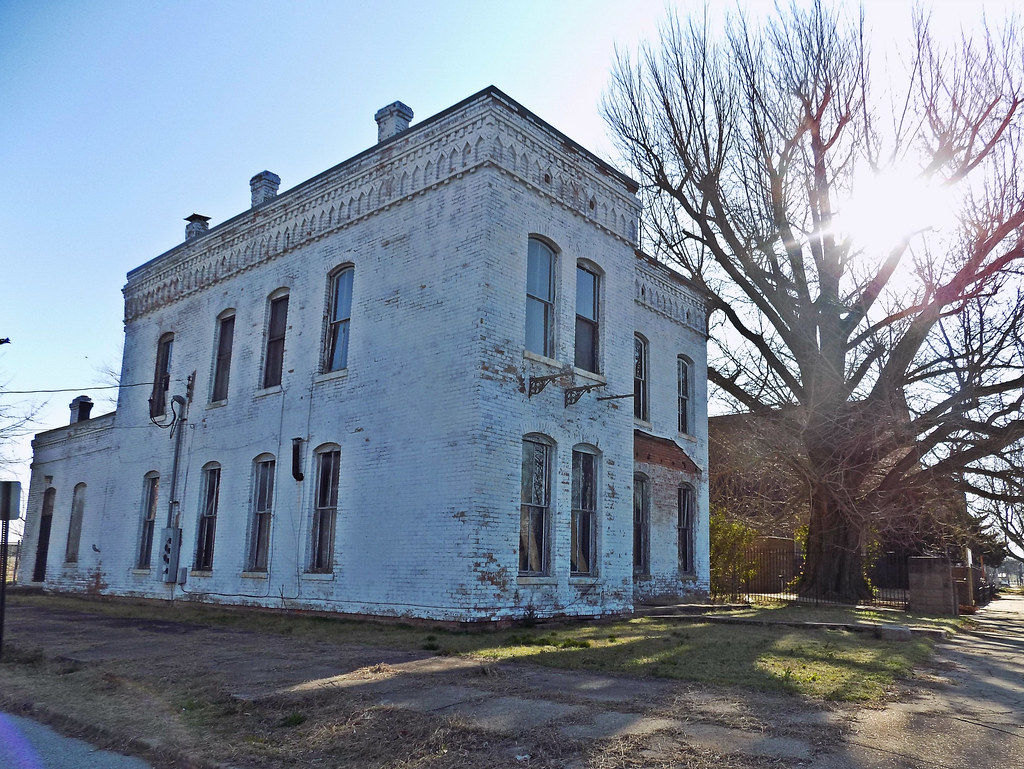 Over the next few weeks I will have several entries on this blog focusing on several landmarks in the city that are still standing, including an abandoned school and the abandoned hospital that has been closed for over 30 years. 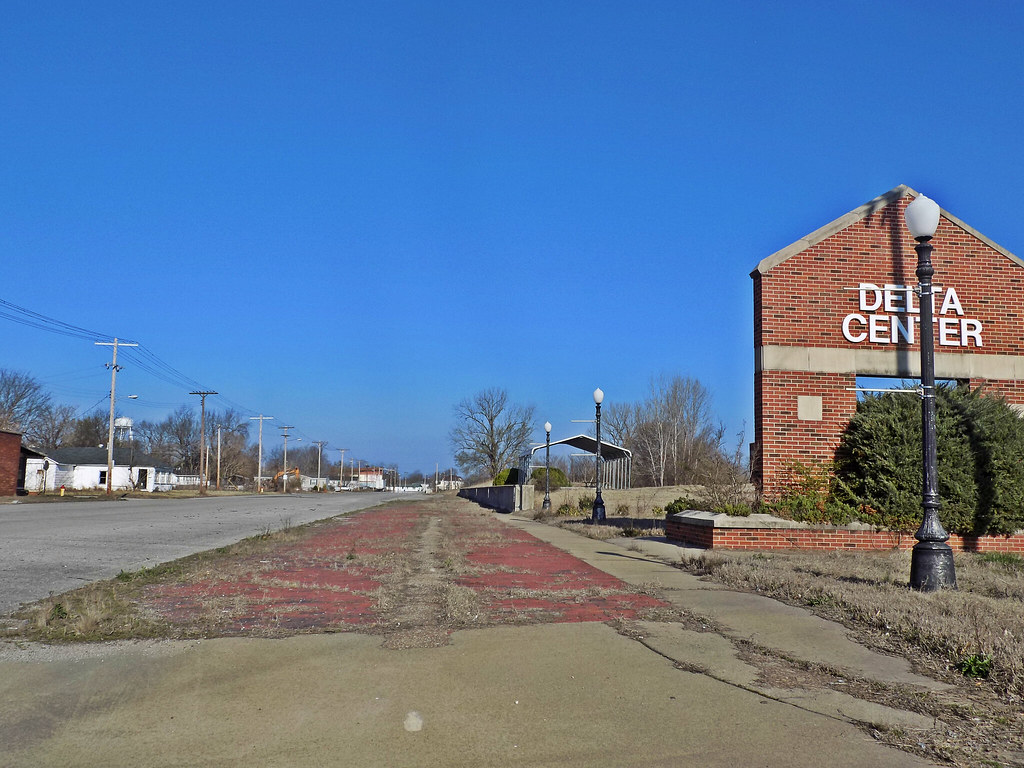 Until then, please enjoy these pictures from around Cairo. 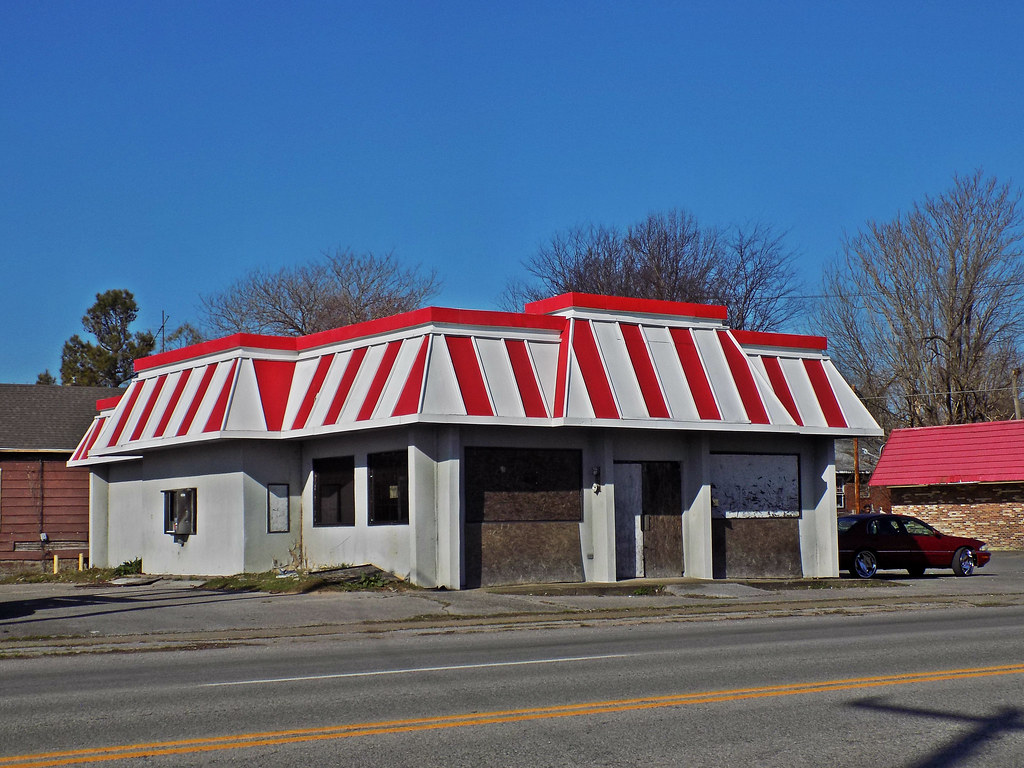 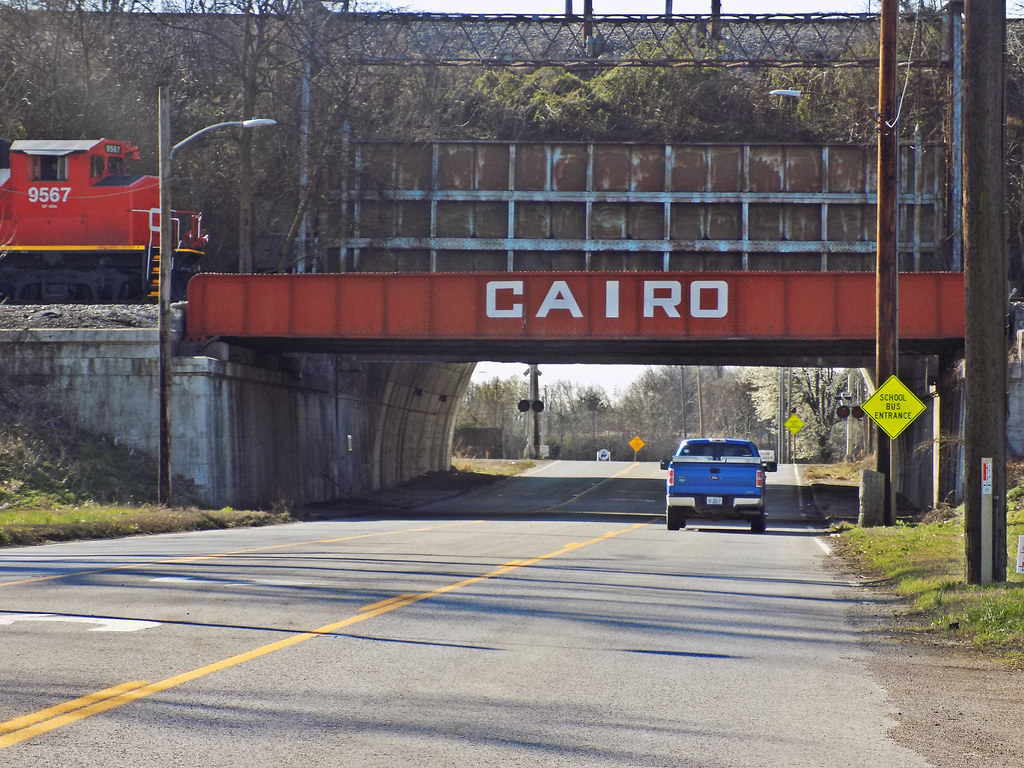