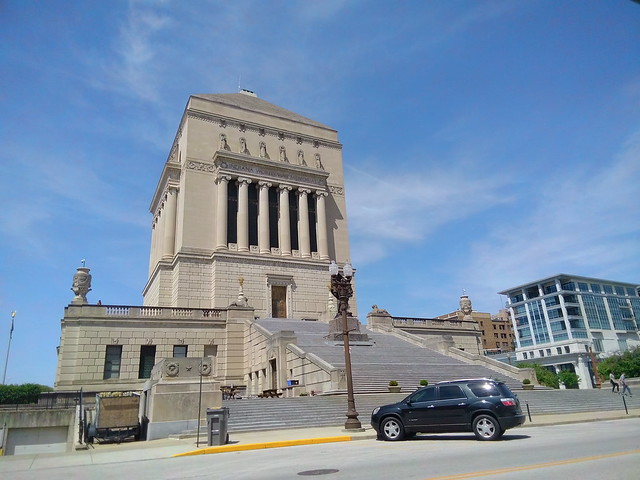 The memorial’s design is based upon the Mausoleum of Halicarnassus, which was one of the Seven Wonders of the World. At 210 feet tall it is approximately 75 feet taller than the original Mausoleum. The blue lights which shine between columns on the side of the War Memorial make the monument easily recognizable. It is the most imposing neoclassical structure in Indianapolis due to its scale and size. 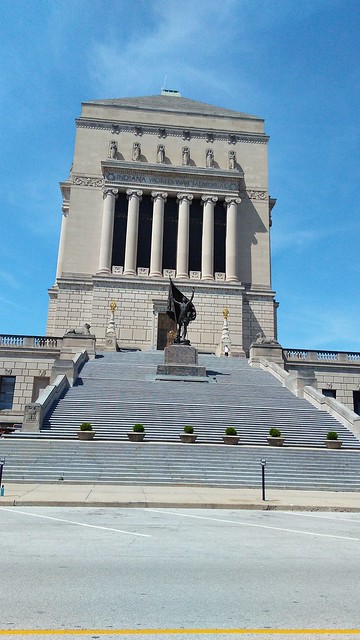 //embedr.flickr.com/assets/client-code.js
On September 25, 1989 the Indiana World War Memorial place was placed on the National Register of Historic Places.