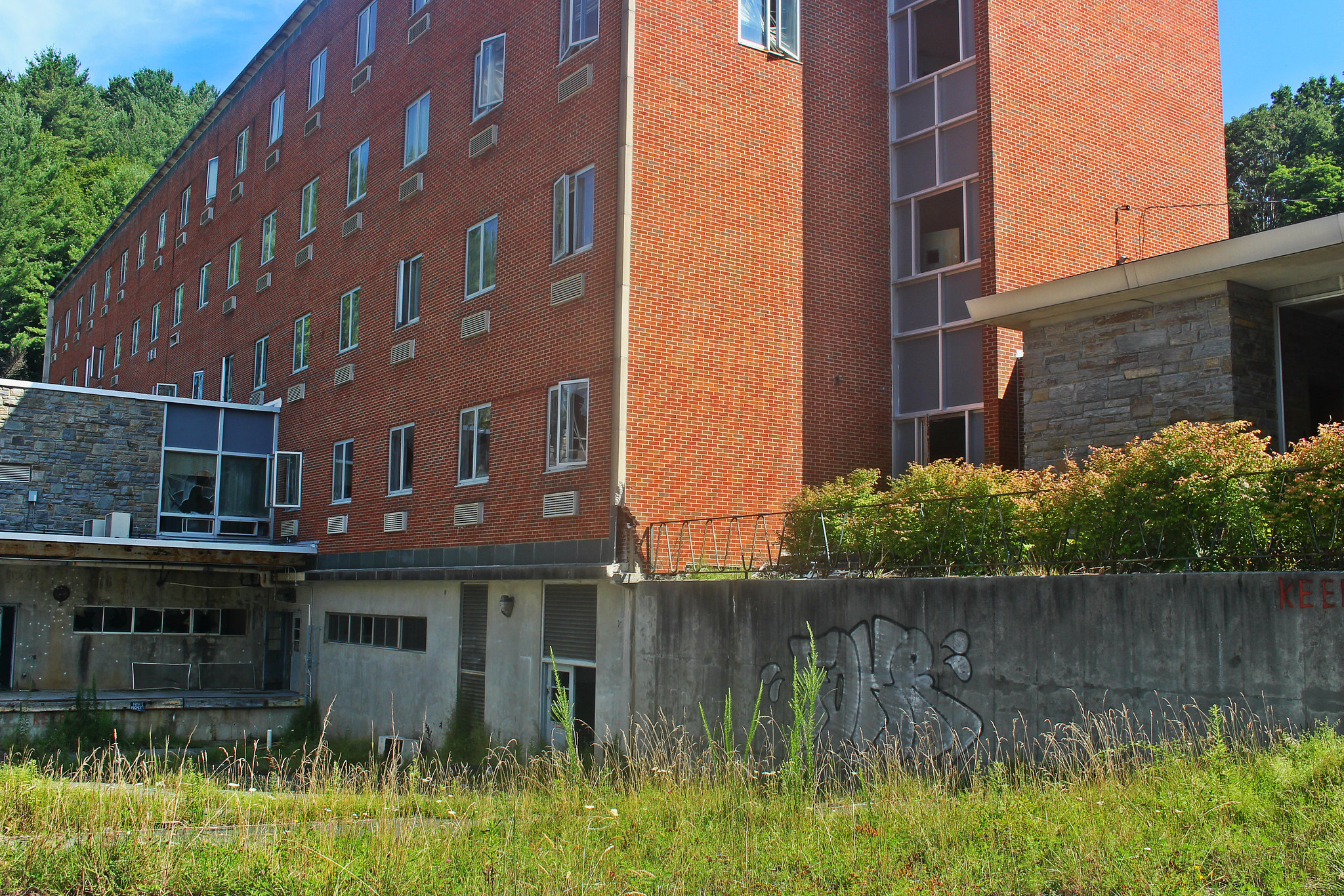 The old Charles A. Cannon, Jr. Memorial Hospital is located just outside downtown Banner Elk, North Carolina. The hospital was built in 1962 and replaced Grace Hospital III, which was opened in 1932. 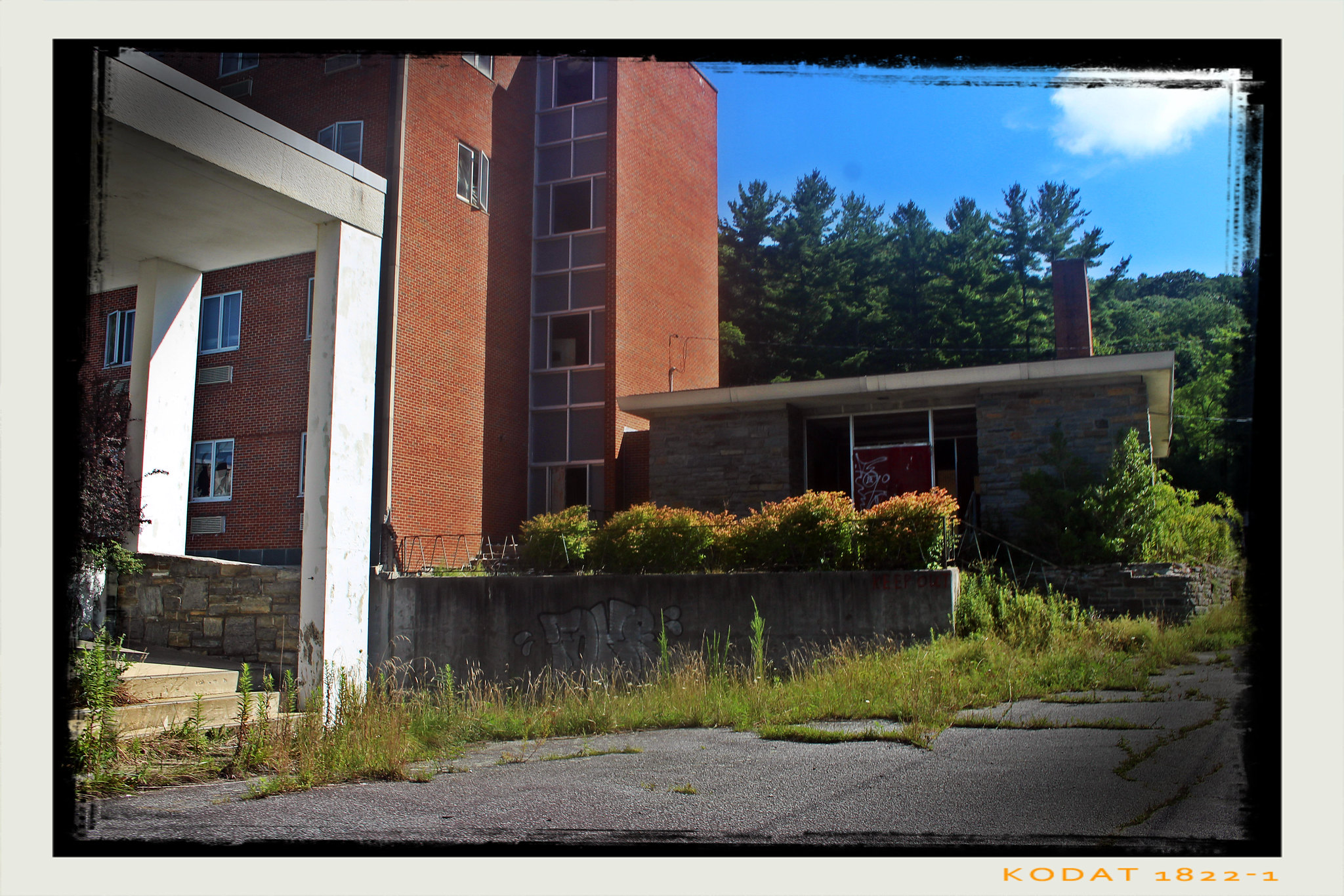 The building has been sitting vacant since 1999 when the hospital merged with a neighboring hospital in nearby Linville. 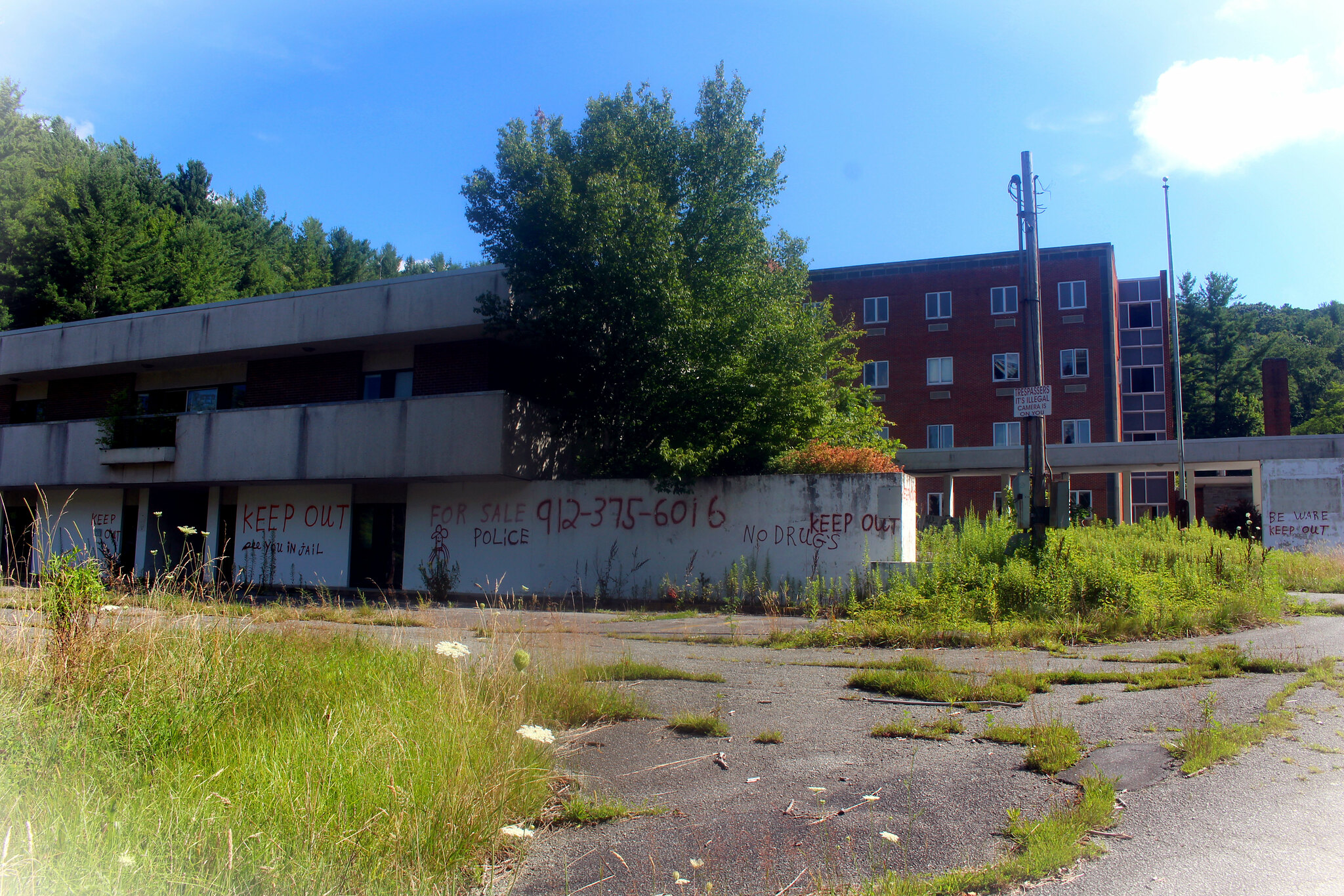 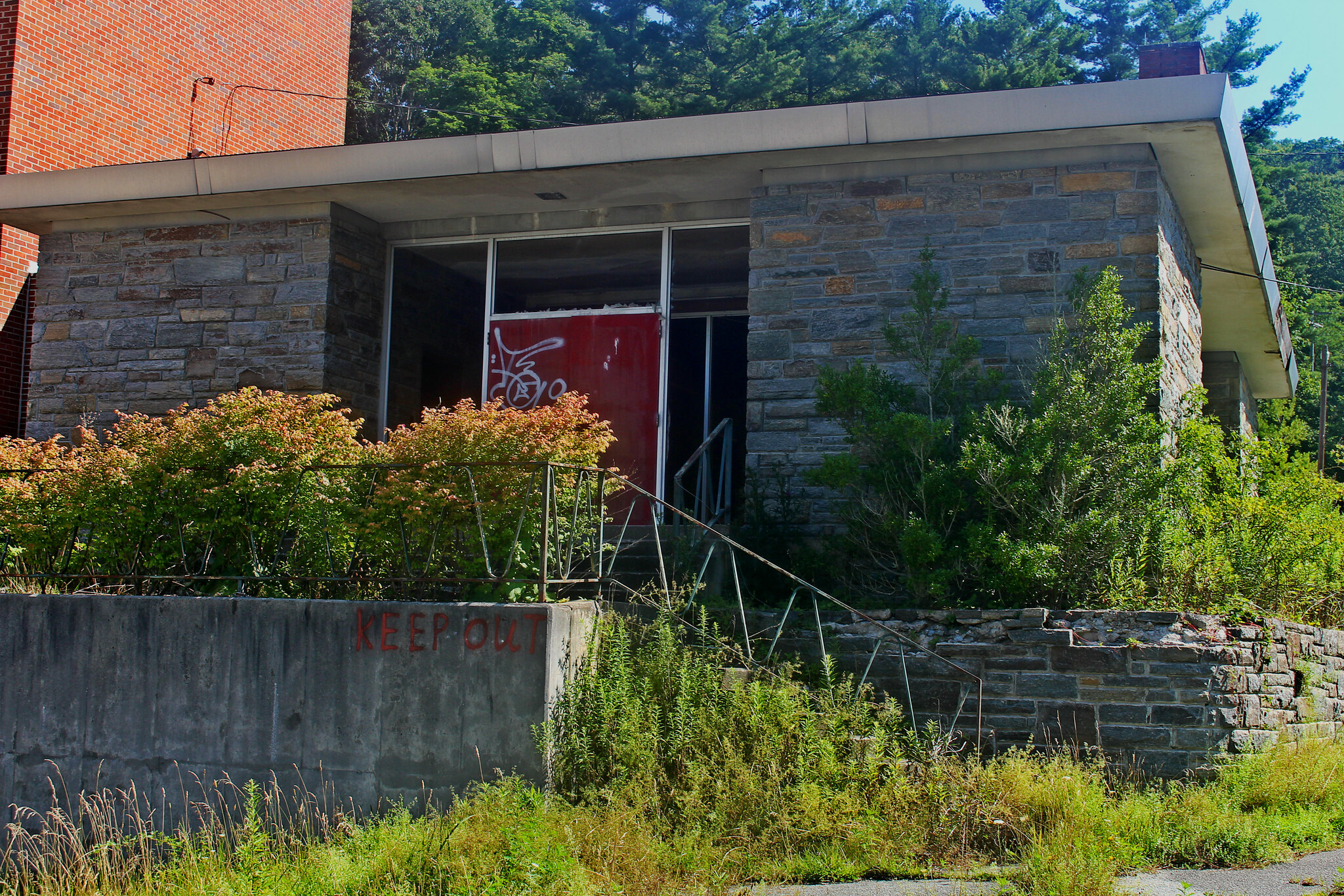 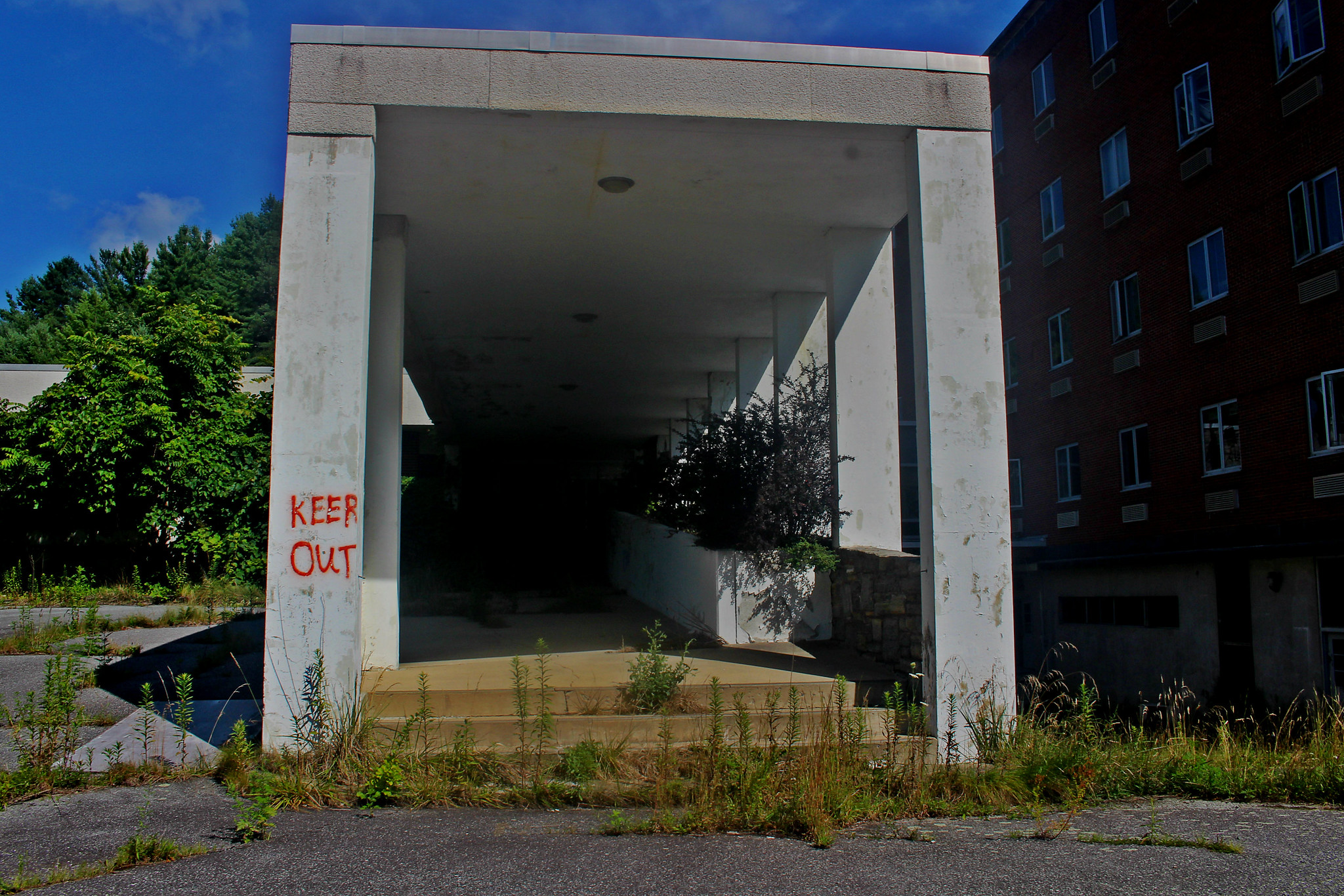 The pictures including in this article thus far were all taken on July 31, 2017. The following pictures were taken in the fall of 2012. As you can see, the building has definitely had a rough five years. 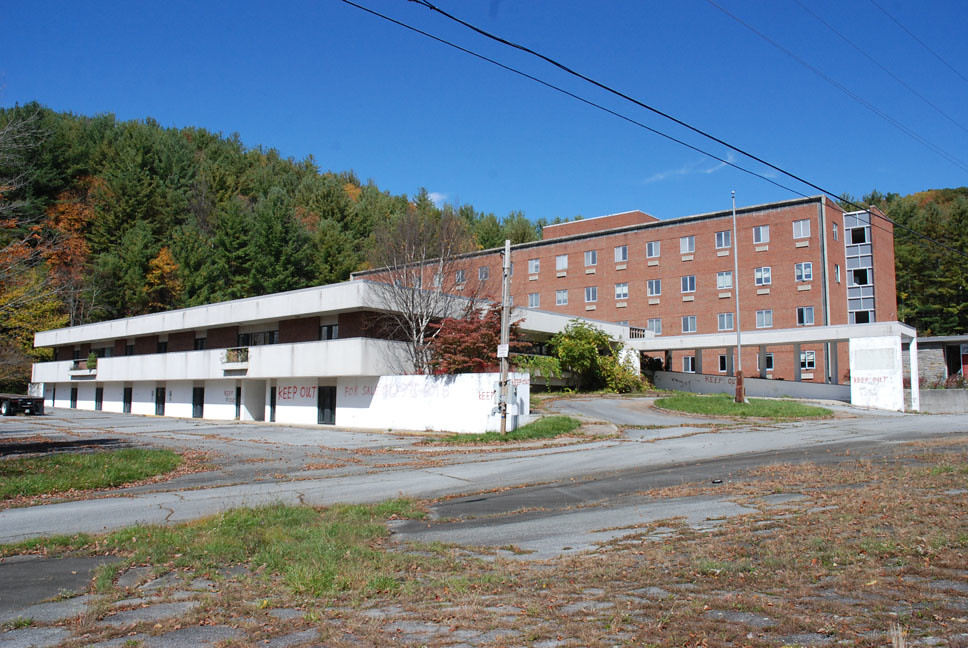 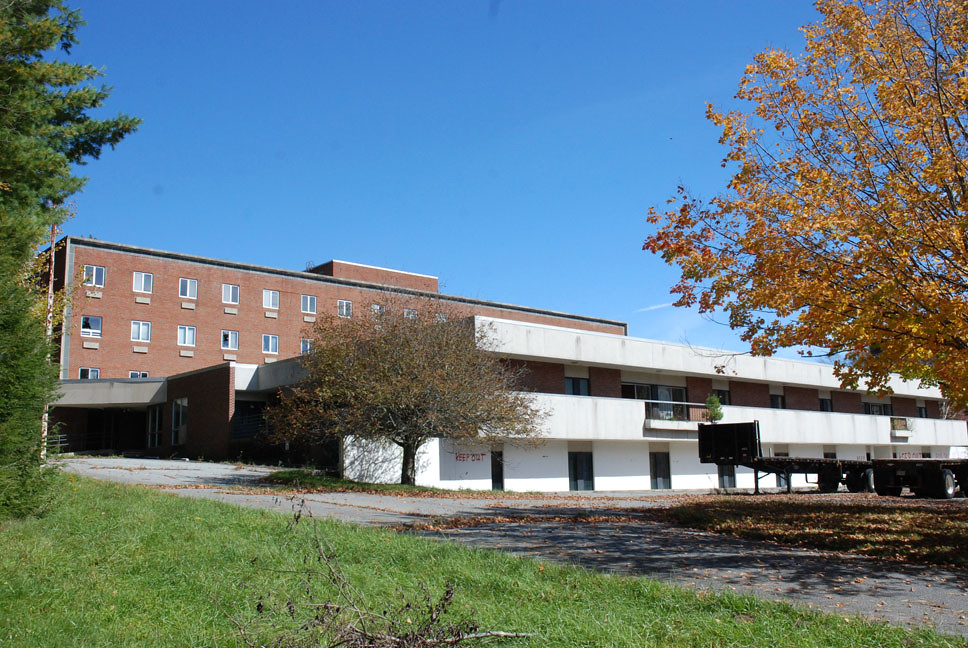 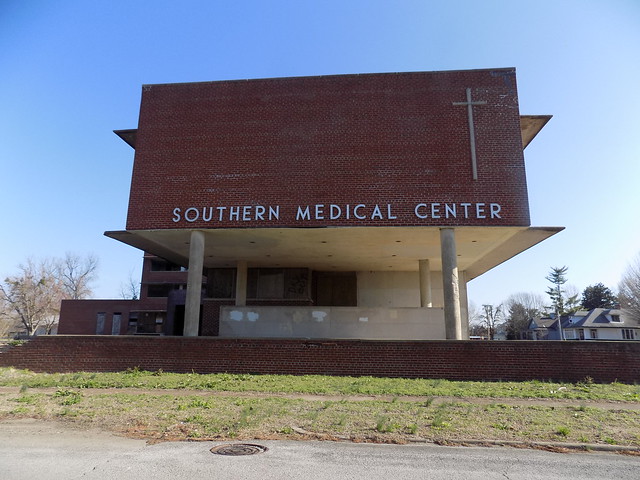 The Southern Medical Center of Cairo was located near the center of the city at the intersection of Cross Street and Cedar Street. 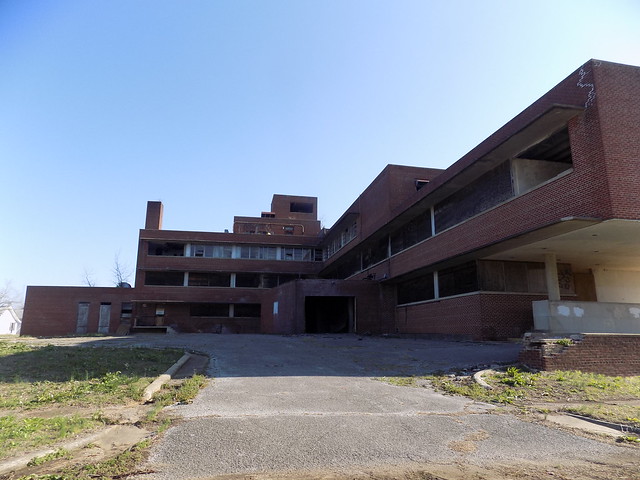 The hospital was originally opened in 1958 as St Mary’s Hospital. 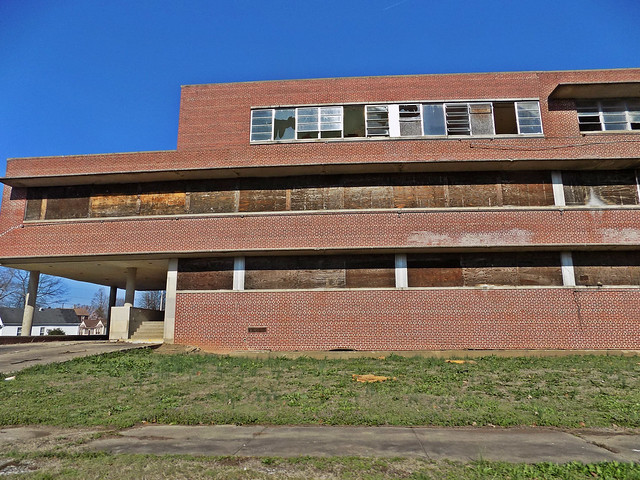 In 1986 the hospital was forced to close its doors and the town has been without a hospital ever since. 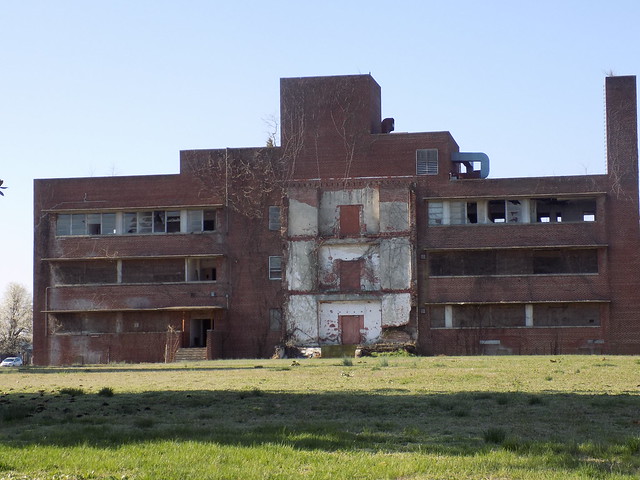 When it closed in the mid-1980’s, the buildings were poorly secured. EPA crews found crumbling asbestos piping and floor surfaces containing asbestos, containers of unidentified chemicals and medical equipment containing small amounts of mercury. Medications and medical records were scattered among debris found in the building. Cleanup of this began in April of 2007. 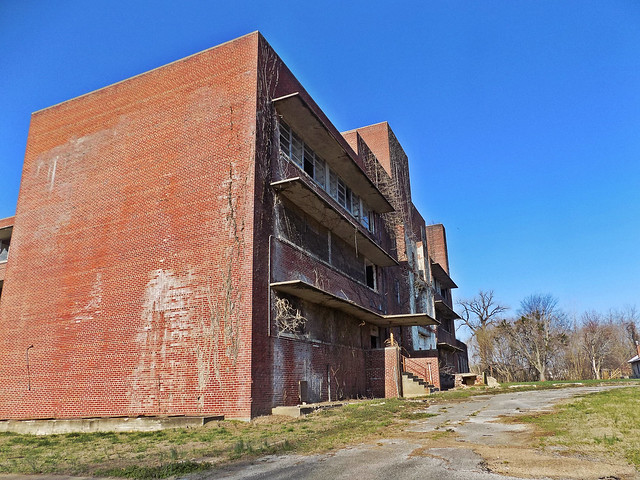 Cleanup wrapped up in September of 2007. Since that time a Medical office across the street has been demolished as well as a part of the hospital which was used for storing medical wastes. It has long been rumored that the hospital will meet with the wrecking ball soon.

When I was planning my little trip down to explore around this part of Tennessee I had looked at Google Maps and topophography maps and found this building.  At first I thought I had stumbled upon a former school building.

This building is located on the southside of Sneedville on Main Street, also known as state route 33.

Im still not entirely convinced….however, I am apt to believe that this building once served as the Hancock County Hospital prior to the new Welmont hospital that opened in Sneedville in 2005.

More recently this building served as the headquarters of the Hancock County Ambulance Service.  That organization has sense moved to a more modern facility nearer to the new hospital.

And sadly the building has fallen prey to vandalism and just general deterioration over time.

Its almost as if this place just closed up one day and no one came back the next and just decided to leave everything behind.

As usual if you have any information to add about the history of this building please comment or message & thanks for reading.

One of the coolest and most mysterious abandoned buildings that I have ran across my travels has got to be the Man ARH Hospital or Man Community Hospital building located in Man, Logan County, West Virginia.

The Hospital was one of ten hospitals constructed in 1954 by the Miner’s Memorial Hospital Association, who built hospitals scattered throughout eastern Kentucky and southern West Virginia.  including the hospital in Harlan.

According to local stories the Man Hospital was built upon the remains of an ancient Indian village that existed from 1450-1550 A.D.

In the 1960s The Miner’s Memorial Hospital Association announced plans to close many of the hospitals.  Soon after a new non profit group, which would later become Appalachian Regional Healthcare was formed and purchased the hospitals.

In 1986 the name of the hospital was changed to Man Appalachian Regional Hospital.

In early 2000, ARH announced the closure of the hospital due to funds. The community though, kept the hospital running. Even when ARH was working on closing down the building, many fought to keep it open.

Many even went to court in hopes of having the hospital longer and to keep it from shutting down. Sadly, they were turned down and the hospital was closed in 2001.

In February of 2009 plans to demolish the Man Community Hospital were made public despite on going plans from Logan County to use the newer part of Man Hospital as a Level 5 Trauma Center.

Community Leaders made many attempts to reopen.  Logan Bank & Trust even delayed forclosure proceedings on the property.

In 2011 materials began to be removed and demolition was soon to follow.

I visited the site in September of 2012 and the site was completely demolished and cleared by the summer of 2013.