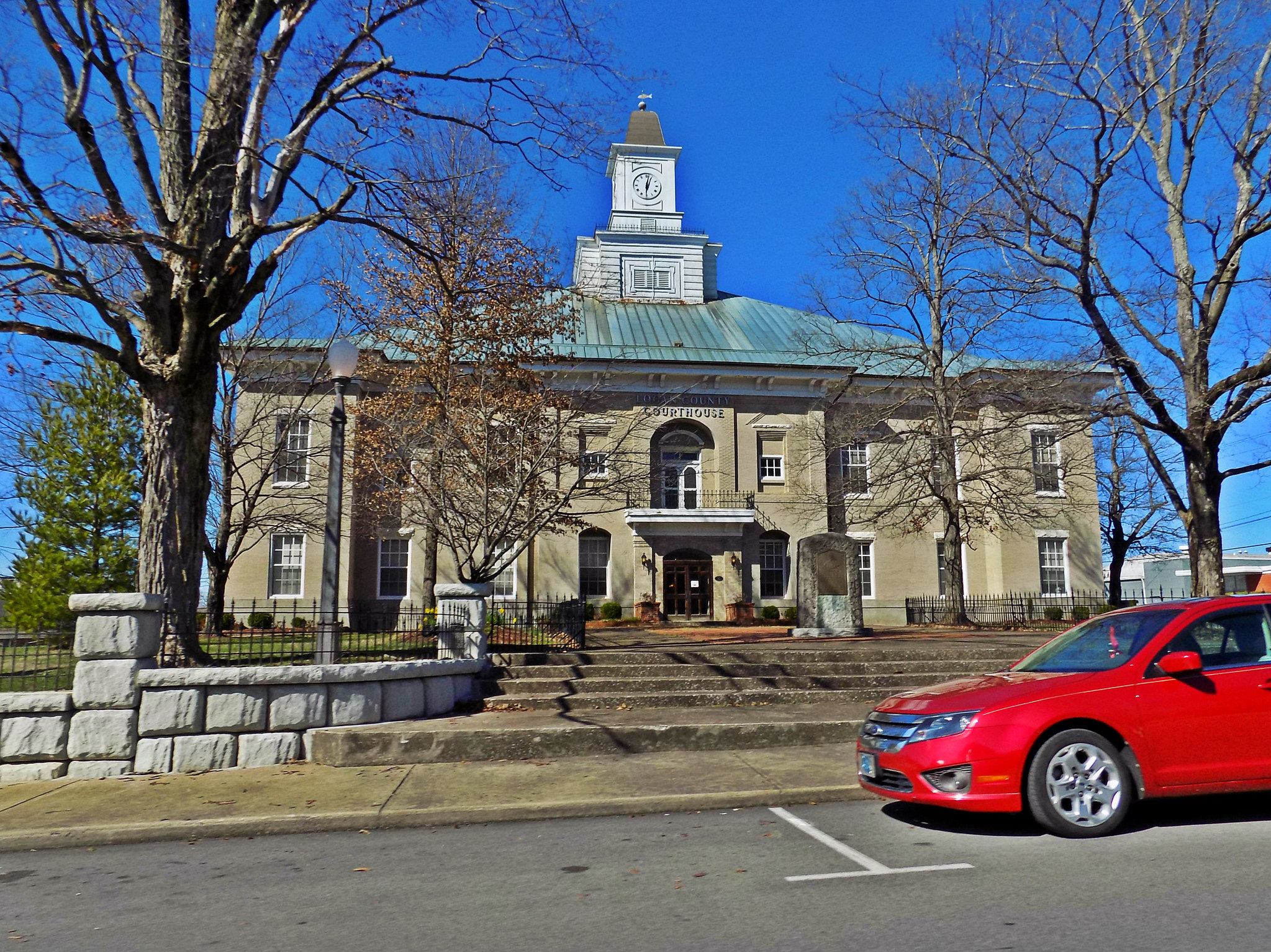 This Logan County Courthouse was constructed in 1903 and remodeled in 1972. This courthouse replaced earlier courthouses dating back to 1792 that were located at the site of the current day public square in town. 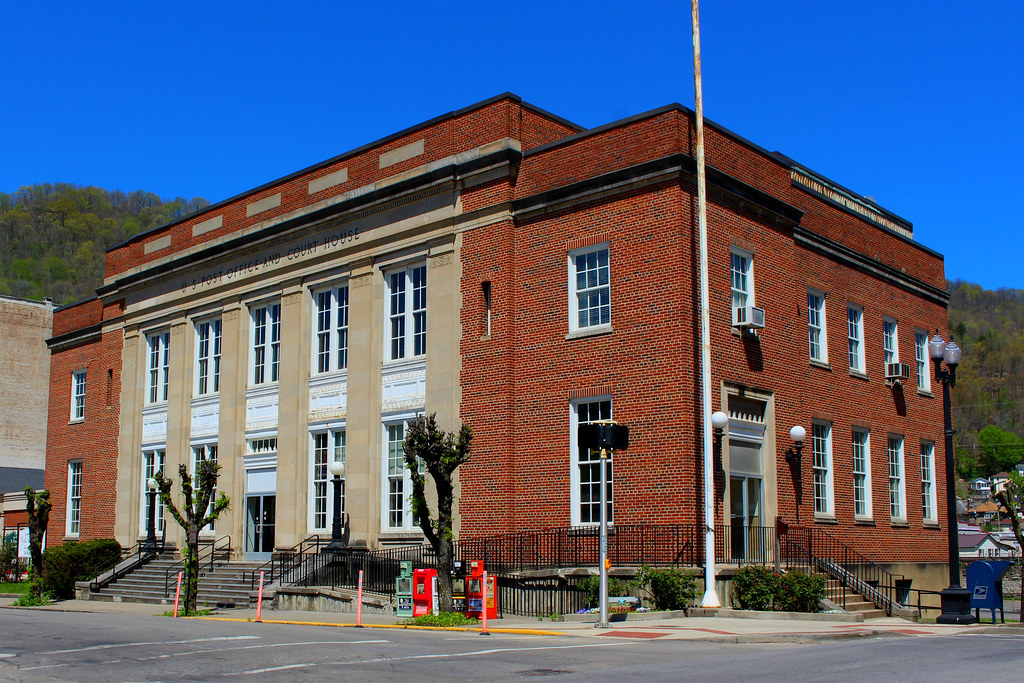 This building serves as the United States Post Office for Williamson, West Virginia.  As you can read on the building, it also once served as the home of the U.S. District Court for the Southern District of West Virginia until 1936.  The building was completed in 1928. 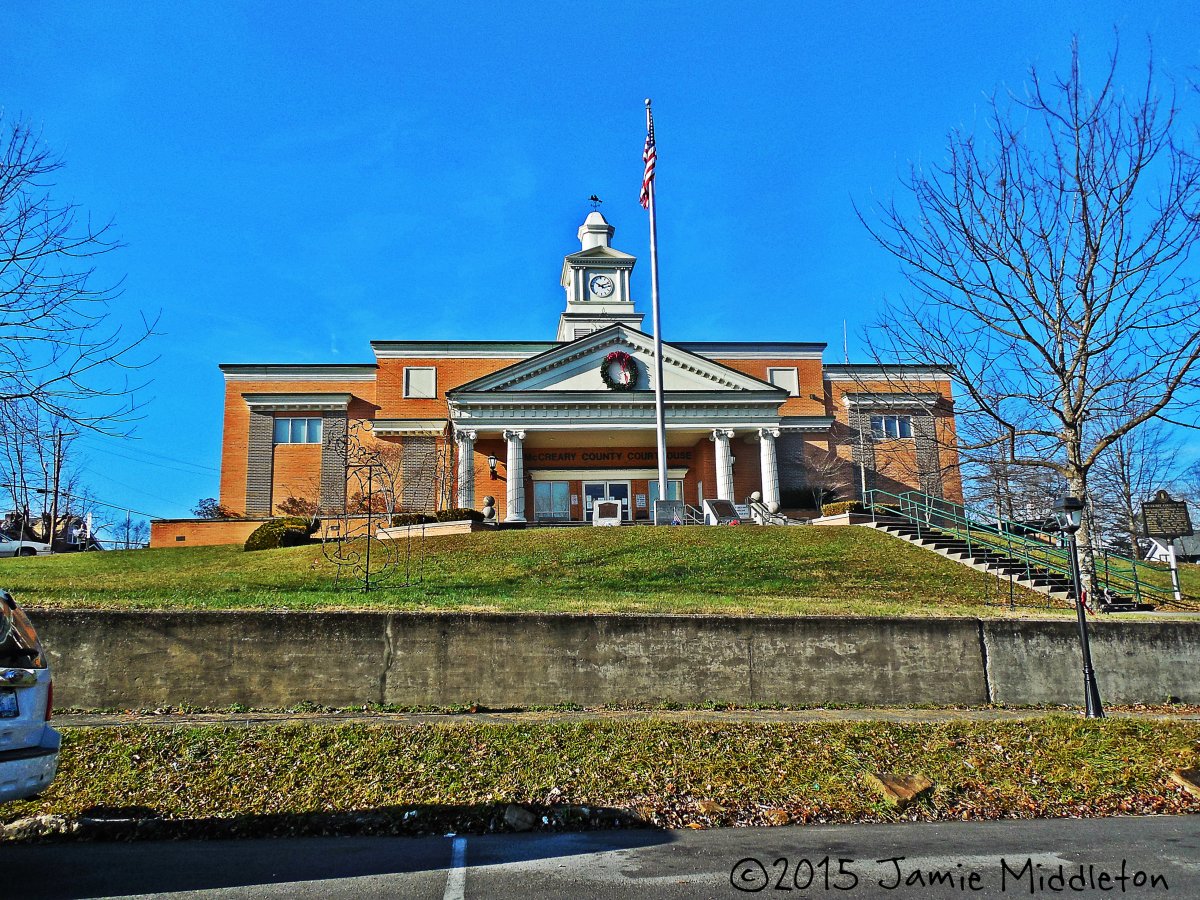 The McCreary County courthouse is located in the county seat of Whitley City. 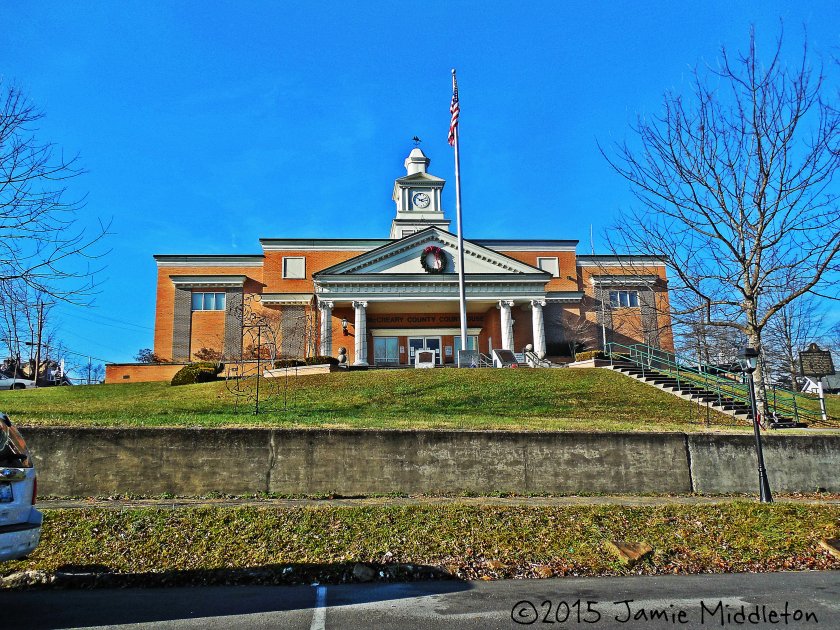 Whitley City is one of two county seats in the state that are not incorporated towns or cities.  The other is Burlington in Boone County. 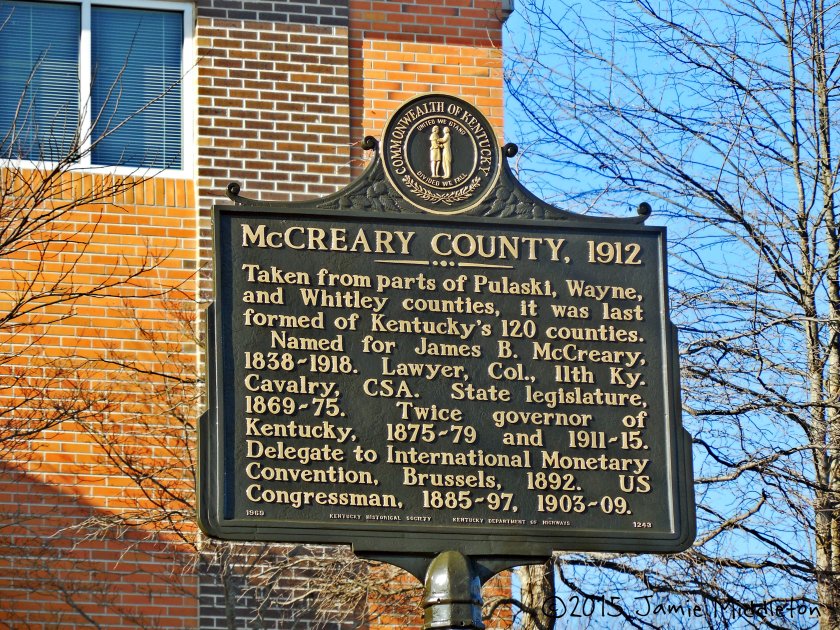 The courthouse was completed in 1953 after a fire destroyed the previous courthouse in 1951. 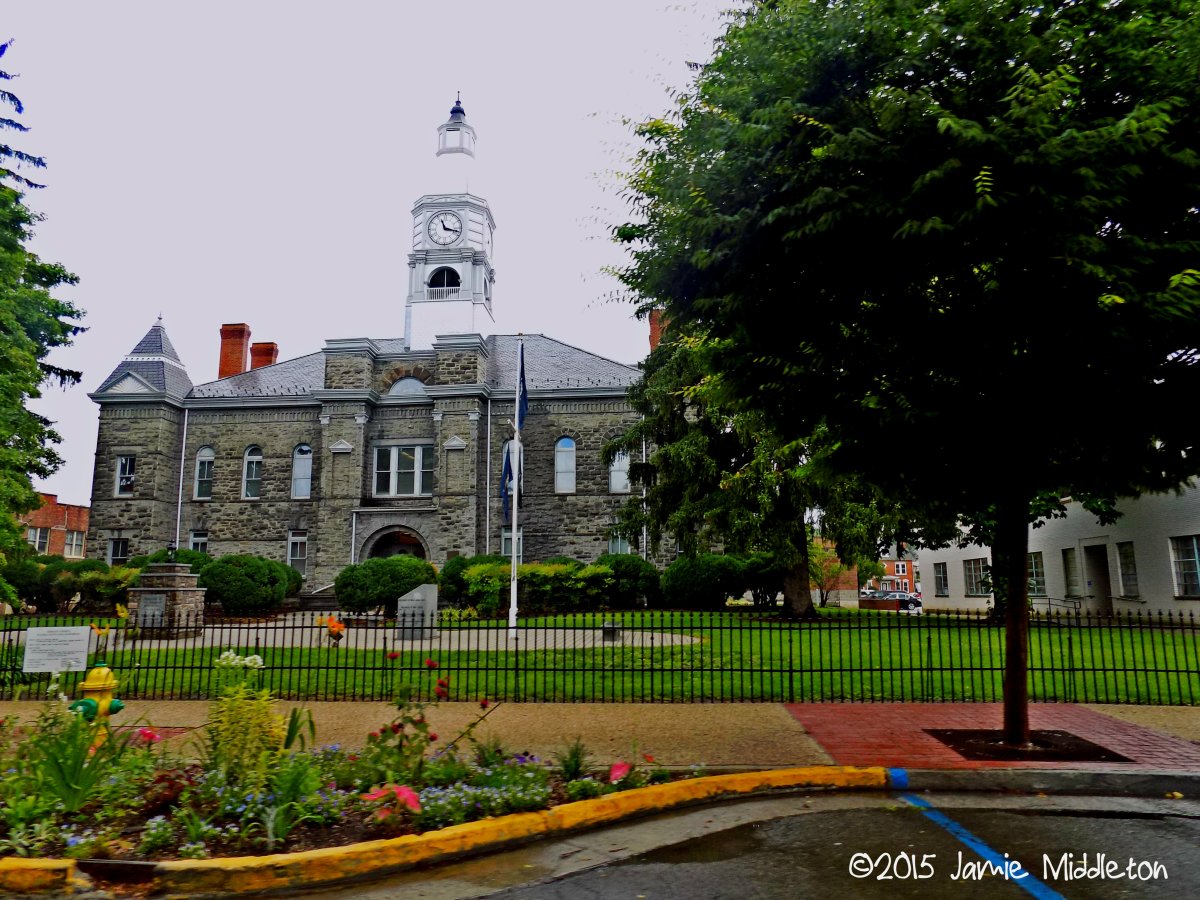 Im traveling back to the Old Dominion State for this entry and covering the Pulaski County Courthouse that was built in 1895 & 1896 and is located on Main Street in Pulaski, Virginia.

The Romanesque building is constructed of rugged cut limestone and was designed by W. Chamberlain & Company.  The building was placed on the National Register of Historic Places on July 8, 1982

The Hancock County Courthouse is located in the county seat of Sneedville. The Neoclassical courthouse was designed by Allen N. Dryden and built by the Emory Construction Company in 1931.

Hancock County, Tennessee is located in the northeastern part of the state near the Virginia border.

Hancock County was created from parts of Hawkins and Claiborne counties. The act establishing the county was passed by the state legislature in 1844, but several Hawkins residents sued to block its creation. In 1848, the Tennessee Supreme Court ruled in favor of the new county. The county seat, Sneedville, was named in honor of attorney William H. Sneed, who represented the county in the court case. The county was named for Revolutionary War patriot John Hancock

Hancock County covers a rugged part of the state over 222 square miles and is home to 6,657 people making it the fourth smallest county population wise and one of the smallest area wise as well.

The Hancock County Courthouse is located in the county seat of Sneedville.  The Neoclassical courthouse was  designed by Allen N. Dryden and built by the Emory Construction Company in 1931.

After an aborted attempt at settlement in 1794,the hill overlooking the Horseshoe Bend of the Licking River just downriver from the present city was fortified and settled around 1800 by Archibald Prater, Ebenezer Hanna, and others. Originally known as Prater’s Fort, the community had become Licking Station by the time of its first post office in 1839.

In 1849, the post office was moved to the community at site of the present city and renamed Adamsville after local landowner William “Uncle Billy” Adams. In addition to his farmland, Adams operated a hotel, a gristmill, a tannery and a blacksmith at the new location. 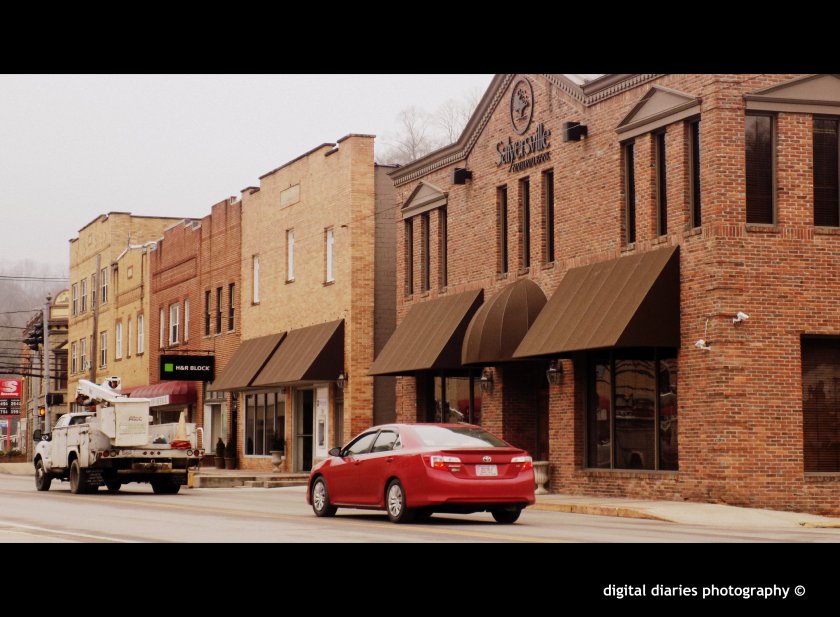 In 1860, Magoffin County was formed from parts of the surrounding Floyd, Johnson, and Morgan counties. Billy Adams donated land for the platting and establishment of a new county seat and the community was renamed “Salyersville” in gratitude to State Representative Samuel Salyer,who sponsored the bill creating the new county.  The post office changed the following year.

Salyersville lies on the Licking River at the intersection of US460 and Kentucky State Route 7 and State Route 40 in central Eastern Kentucky between Paintsville and West Liberty.

On March 2, 2012, the same EF3 tornado that hit West Liberty caused widespread damage to the town of Salyersville. 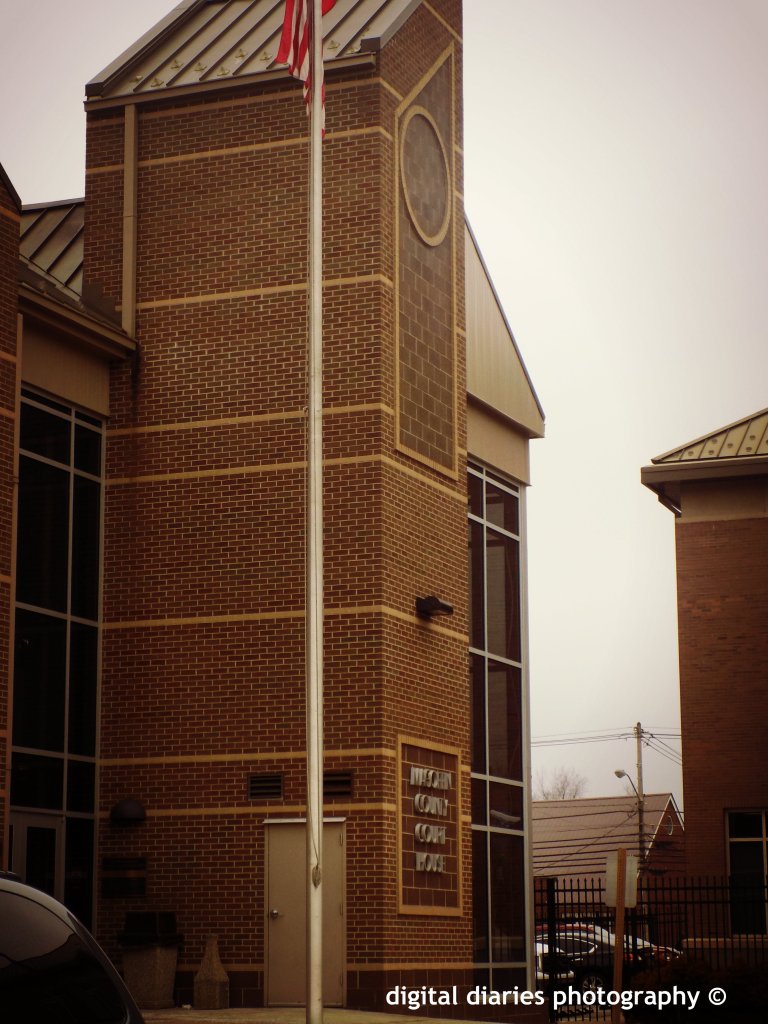 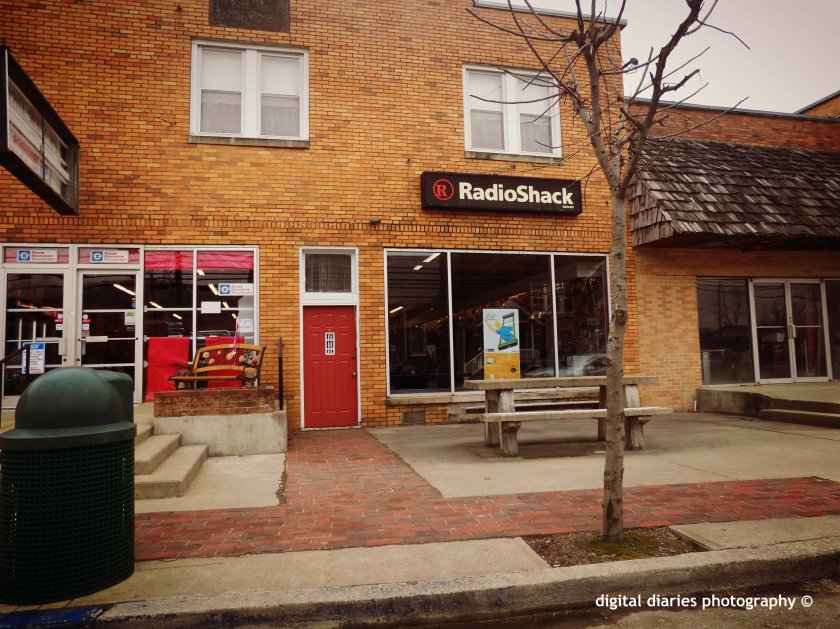 March 2, 2012 is a day many people in this part of the world will never forget.  I can never, ever, remember a time in my life where weather events had me so on edge and concerned.  I was under a tornado warning at four separate times during that day.  We spent much of that day at school with our students in the hallways, hoping and praying that the weather would let up, and there would be no tornado.

Later that night, I came home and as I turned on the news I realized, we were just getting started.  A tornado outbreak was headed toward Eastern Kentucky.  I went to mom and dads house as they issued yet another tornado warning.  In the middle of this storm, I looked out their back door and saw a rumble of lightening and the thundering of wind going down the valley on the Virginia side of the mountain.  I later found out that a tornado had hit the Rose Hill and Ewing area of Lee County.

As the tornado warnings expired and it looked like the rough weather was over, I went home.  When I got home I couldnt believe the images that were displayed on my screen of a tornado that had hit West Liberty.  West Liberty isnt terribly close to me, about 110 miles, but its the kind of place that feels like your neighbors.  Youve saw stories on the local news about West Liberty and Morgan County all your life.  You know their High School mascot, you know what roads lead to West Liberty.  I felt connected to this town for some reason.

I went up in the following days to deliver water to the area, of course you couldnt make it all the way in to town as the national guard had streets closed off and roads closed.

Later that year in September I was out driving around and decided to drive up to West Liberty and document the progress being made toward clean up and hopefully being on the road to rebuilding. 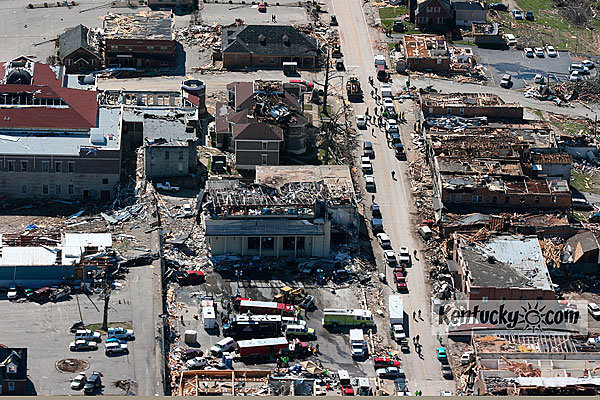 The above photo, naturally isn’t my own work, as I do not own a helicopter.  You can see the magnitude of damage to the town in this photo. 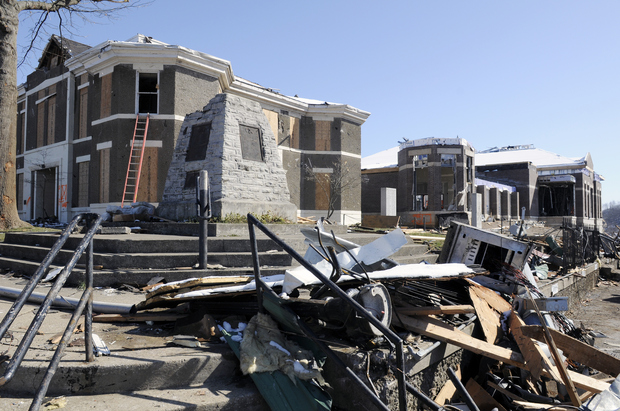 In this photo you see the damage to the Morgan County courthouse, which was at first deemed a total loss.  Luckily, as you will see in my pictures later, that was not the case.

This is probably the saddest picture of them all.  The nearly century old West Liberty United Methodist Church after the tornado.

The following pictures are my own, these are pictures that I took on September 9th, 2012.

In this picture you see the boarded up Morgan County Courthouse, which was built in 1907.  This structure, along with the Judicial Center, which was under construction at the time of the tornado was at first called a total loss immediately following the tornado.

The Morgan County Judicial Center which was about 60% complete in this construction when the tornado hit.

Another shot of the Judicial Center

I can see why they would think that this building would be a total loss from this angle.

The clean up had begun in September of 2012, but man oh man did they have a lot of work left to do.

Flash forward to a cold morning in early February of 2015 and you can tell many strides have been made and progress can be seen from every angle. 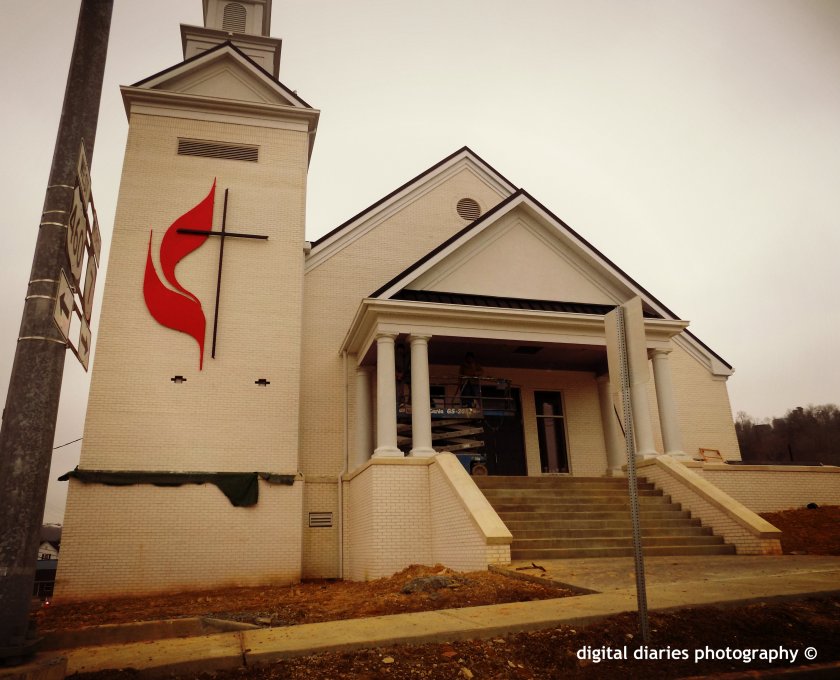 The United Methodist Church is back, and just as beautiful as ever. 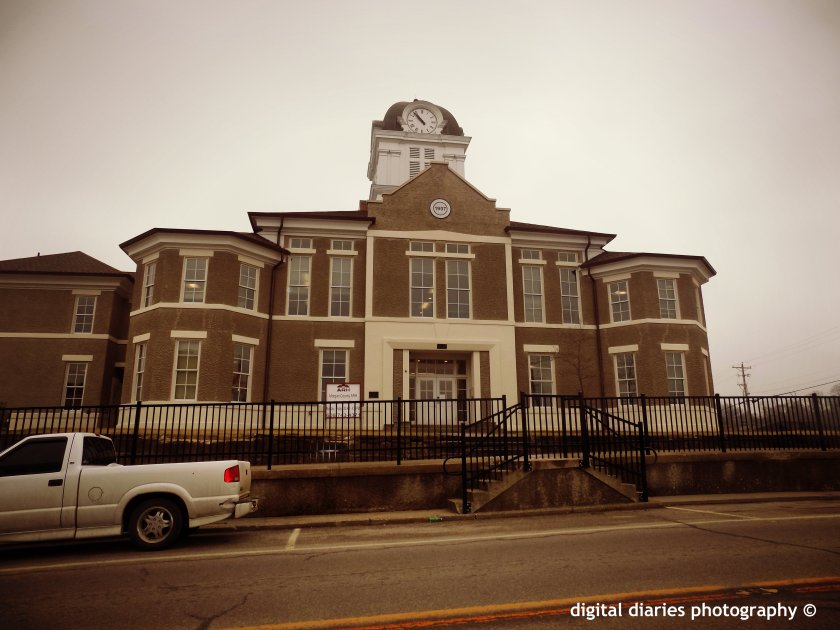 The 108 year old courthouse has been repaired and is in tip top shape.

The citizens finally got that new Judicial Center finished and it is serving the people of Morgan County.

The streets are busy with construction, and the people arent finished rebuilding yet.

During the tornado this Family Dollar store, which was originally located in a large, block building was completely destroyed, it has recently reopened, along with an all new Dairy Queen.

There are still signs of the destruction, as you can see in the picture above, vacant lots, leveled foundations and trees missing.