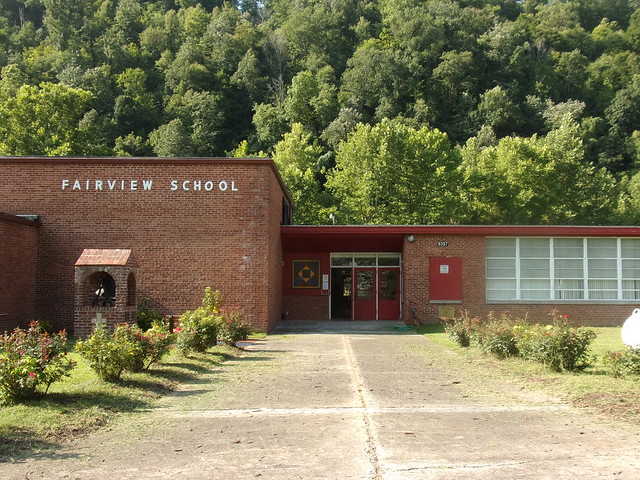 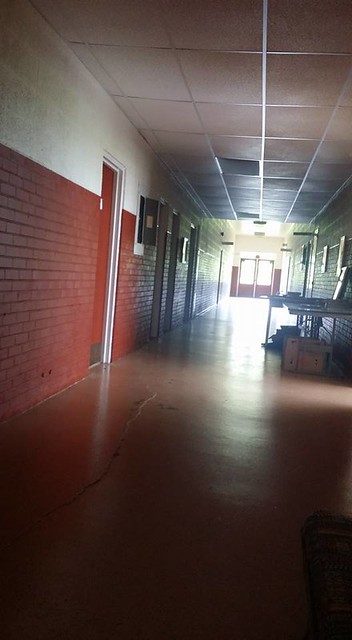 Fairvew School was located on Snapps Ferry Road several miles north of Greeneville near Afton, Tennessee.   It is a classic example of a rural one room school.  Thankfully, the building is still standing.

A couple of weeks ago a co worker of mine, at my real 9 to 5 job spoke to me about this school and told me I needed to go down to Greene County and get some pictures of it.    A couple of days later, she came back with her own picture she had snapped of it and I was sold.  I had to see it.  Thanks for the tip Nila!

I took these pictures several days ago and Ive been itching to post them, but I didnt want to post them without a story.  I mean, my goodness, the last story I posted included the grounds being used as a Civil War hospital.

Sadly, I couldnt find a nice historic story for this building.    I did find that the school probably opened around the turn of the century and closed in the 1950s, probably when the new school at Newmansville was completed.  A school that is also now abandoned and will be covered on this blog at some point this week.

But for now, back to Fairview….

The old church pew really fueled my waffling back and forth as to whether this building was a church or a school.  The fact that the building is also next door to a church also had my suspicions fed that it might have been a church instead of a school.

I was finally able to cross reference some other postings and other sources on the web and this structure has been identified as the Fairview School.  I have no idea why there was a pew on the front porch.

A front porch that is really in need of some attention or it is going to detatch itself from the rest of the building.

I really wish there was some way that this building could be placed on the National Register of Historic Places and restored to its former beauty.