First and foremost before I begin this entry I want to give credit and thanks to the Martins Fork Lake Facebook page for sharing these photos. Ever since I was small I have always wondered what the land looked like before the lake was built at Smith. So, with great gratitude I thank the folks who control the lake’s social media page for having the thoughtfulness and courtesy to share these wonderful archives with us. 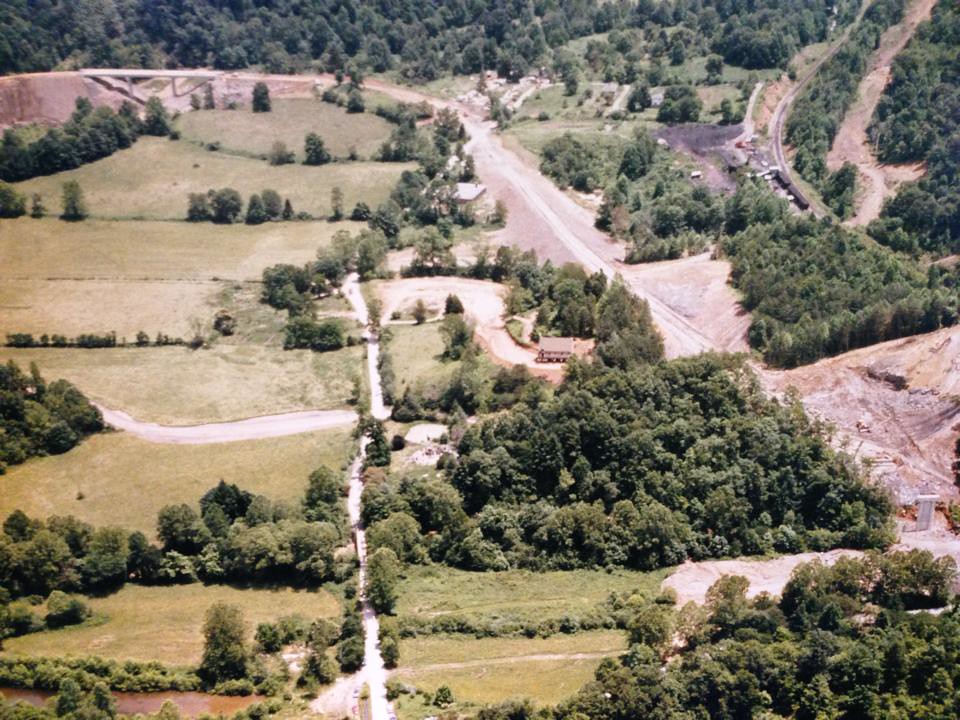 Im starting off the photos with what I consider to be the holy grail of the bunch. This photo is looking toward the bridge nearest the beach. Imagine that little road running up and down the middle is the road along the beach area. If you look closely you can see the roof of the old Smith School and the rock church near the center. Im shocked at how flat this area was. 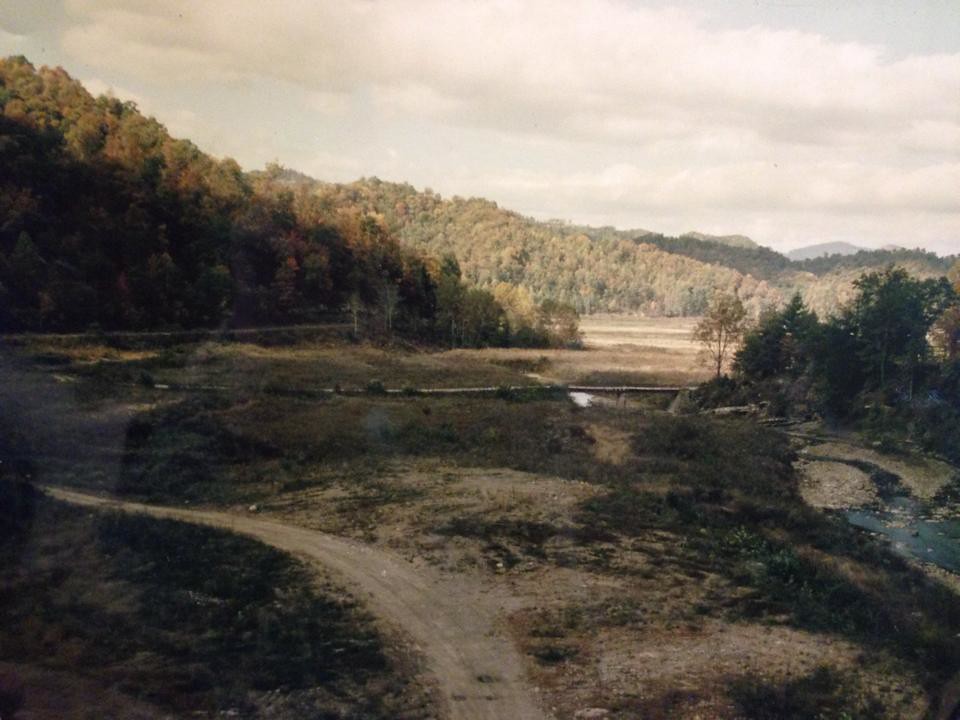 This second picture is looking off toward the lake from the last bridge. In fact, to this day, if the water is down far enough you can still tell where this bridge was that is in the picture. 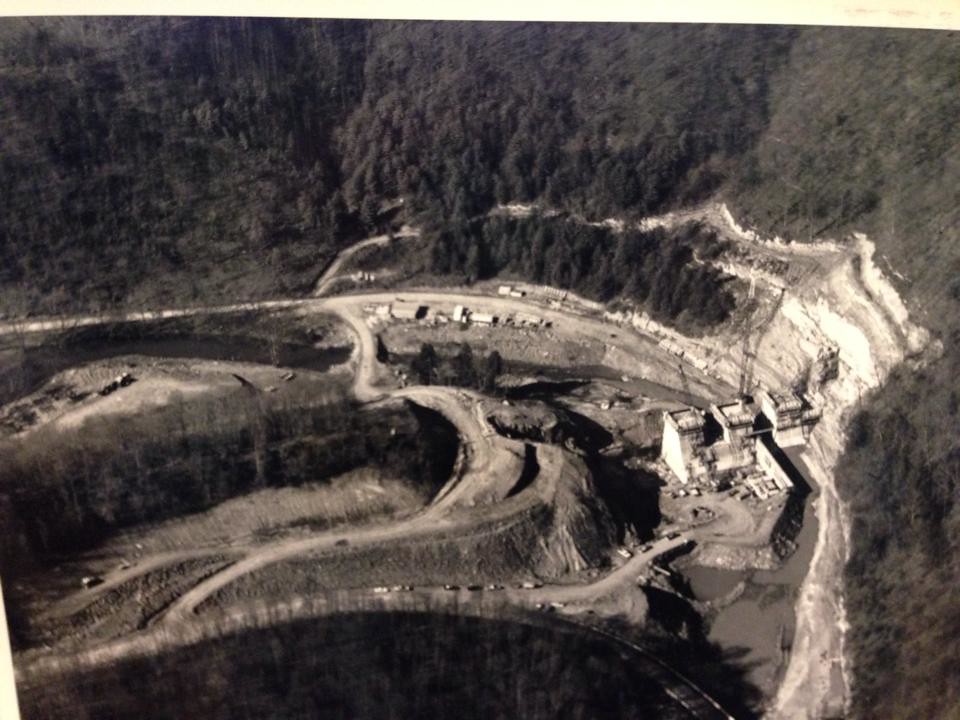 The rest of the photos are pretty self explanatory, but fascinating no doubt. 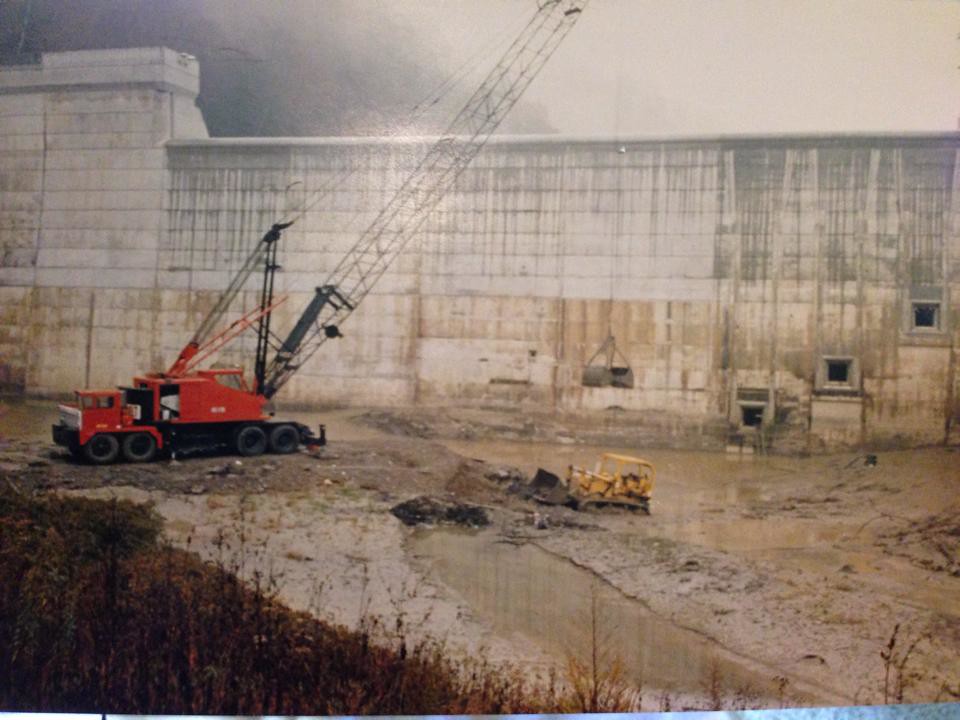 The last picture is an old welcome sign that was at the lake until the 1980s according to the lake’s Facbook page. 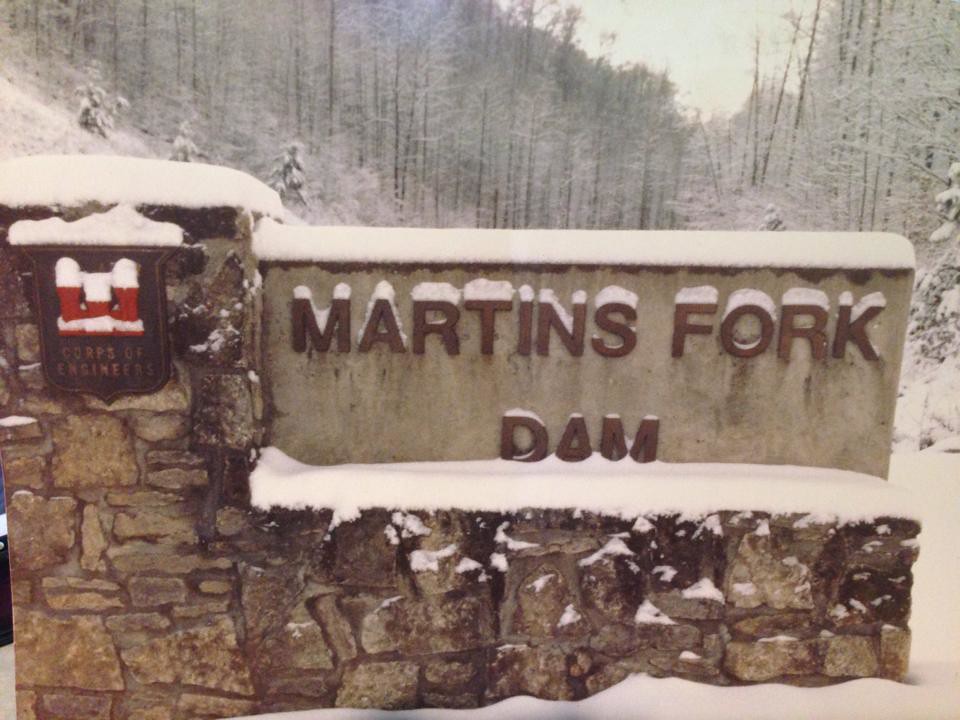 I also have a couple of other entries that includes more historical pictures from Martins Fork Lake and the Smith community that I posted a few years ago, if you are interested in reading those articles you can do so by clicking  the links below:

Smith Kentucky; A Glimpse To The Past, Present and Futrue

Drove around to the back side of the Cranks Creek Lake this evening and got a few really good shots of the lake and dam. 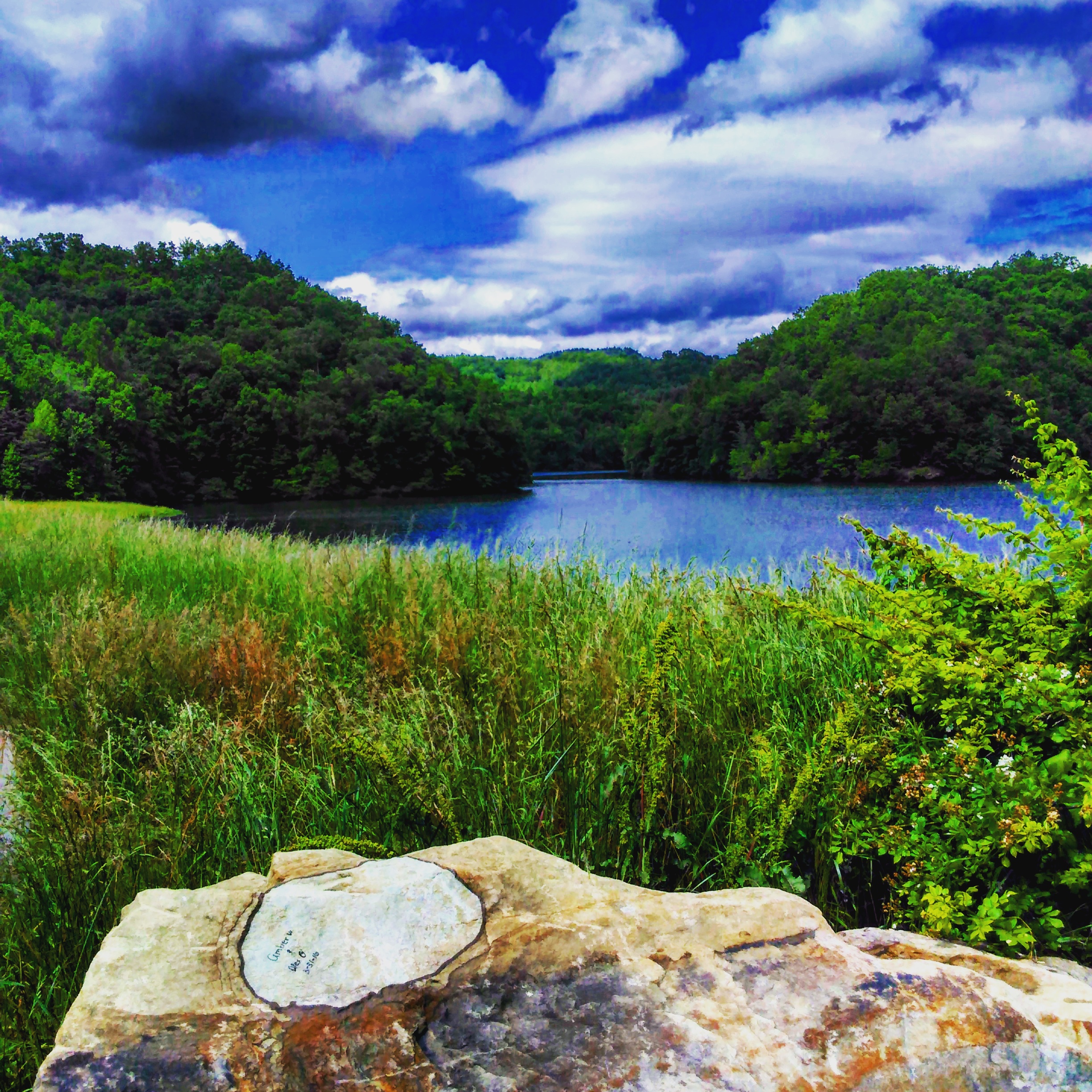 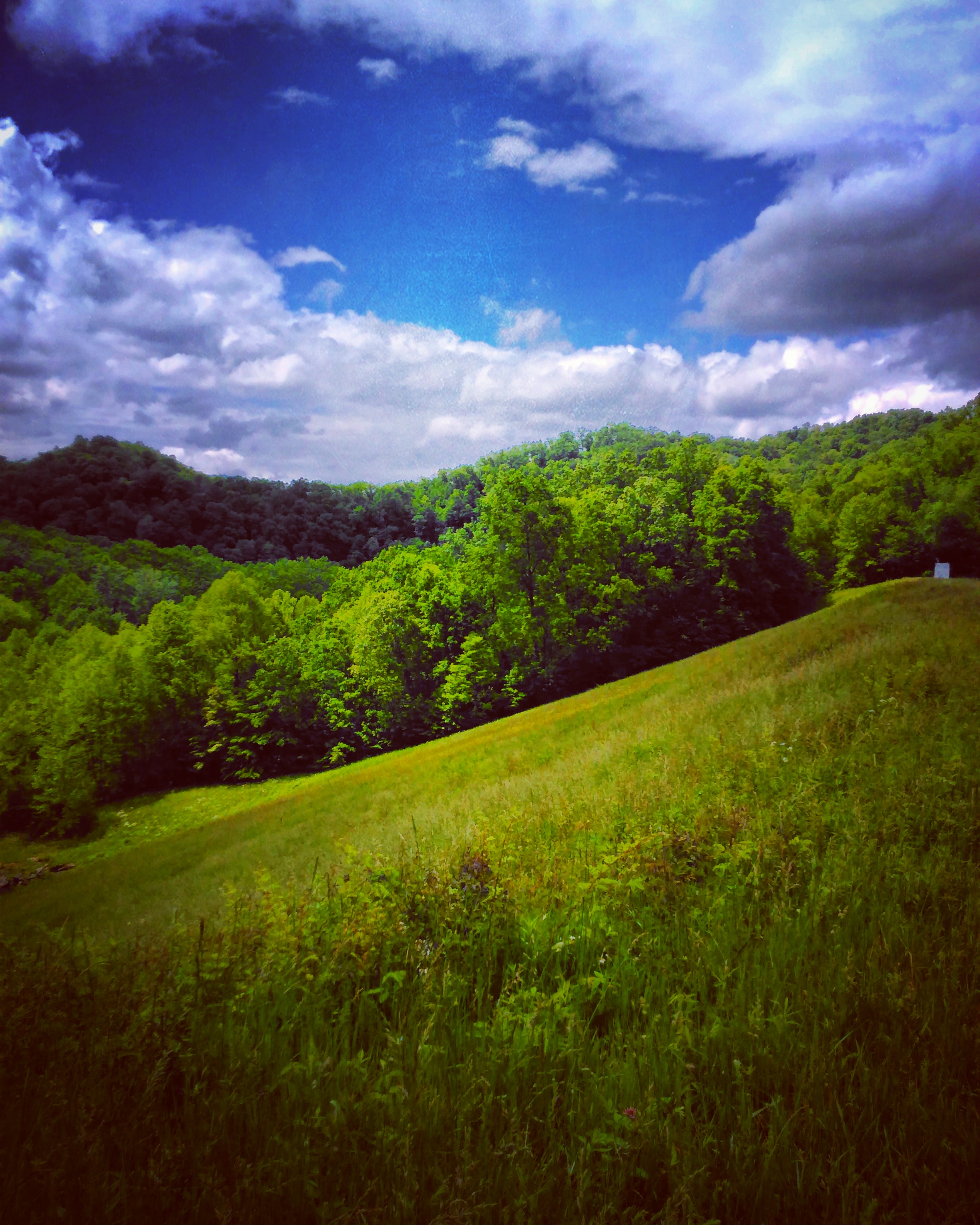 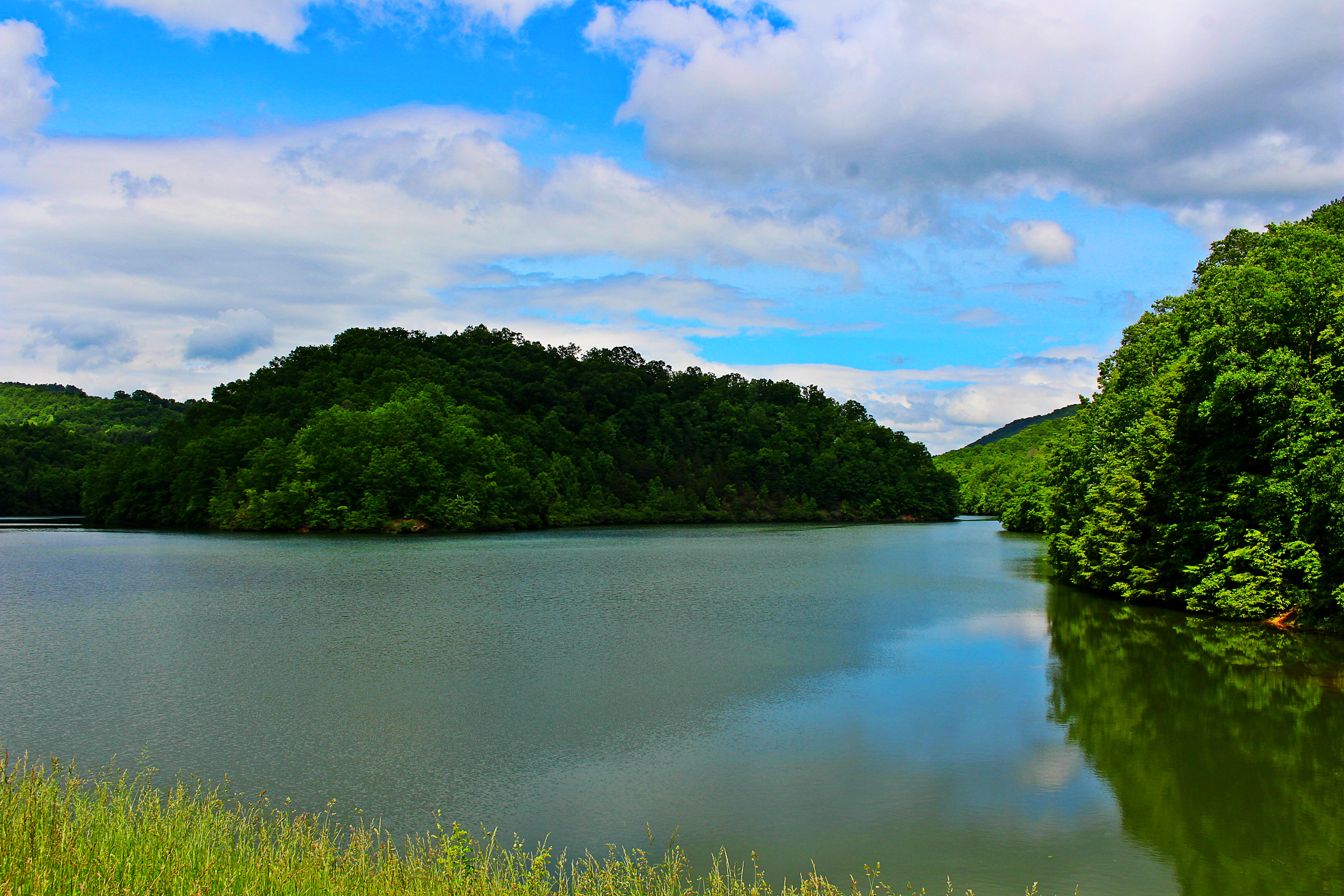 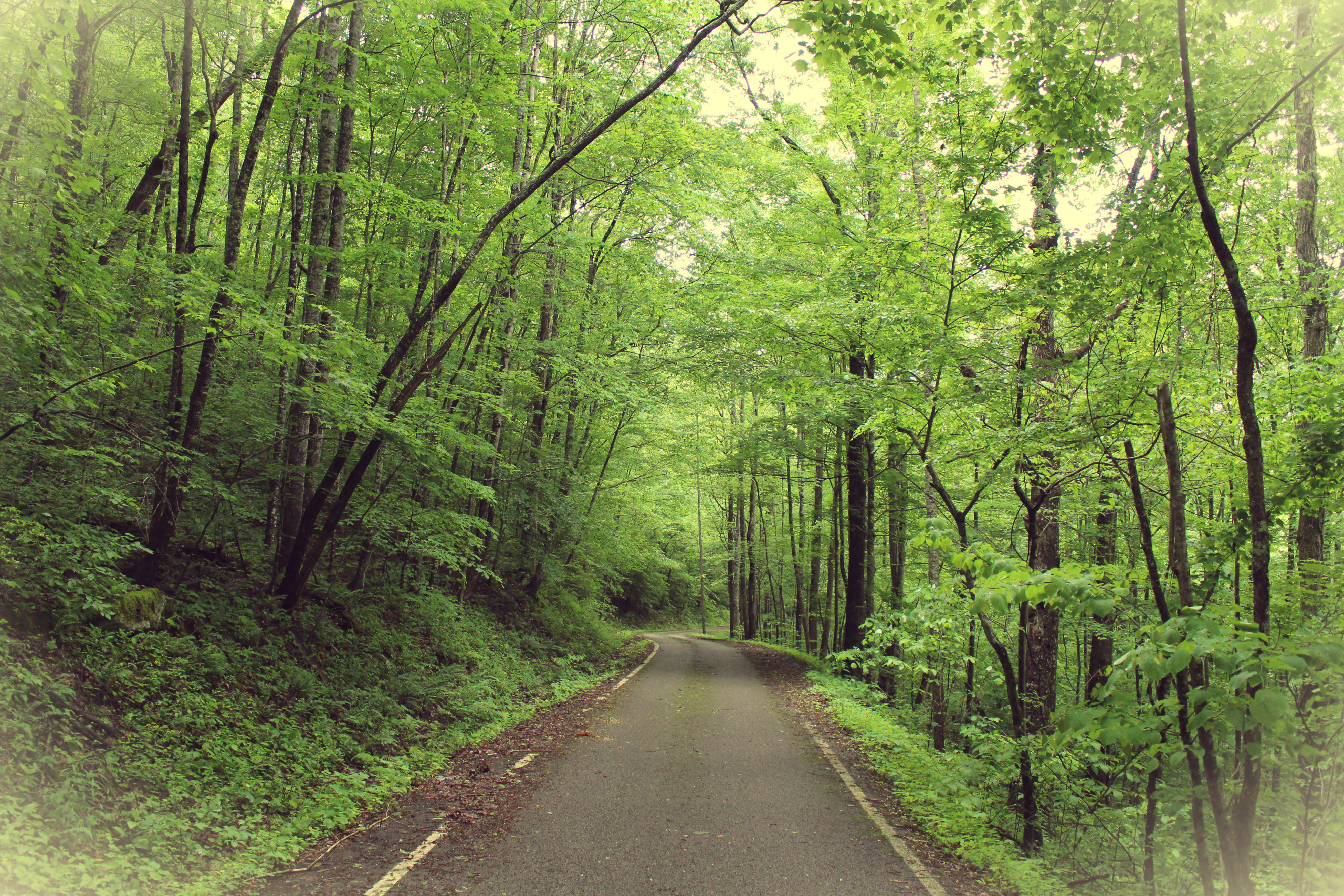 Snow isnt a rarity here in the mountains of Eastern Kentucky. In fact there is a pretty good chance you will see some of the stuff from late October all the way to late April around here. It is however a rarity that we get big snows….This last storm, Jonas was the third in the past 11 months to dump more than a foot on the bluegrass state. Thats pretty astonishing, and pretty rad for snow lovers for sure. These are a few of the photos Ive taken around the house since the storm hit, seeing as how my cars are still stuck in the driveway and probably will be for a few more days….Im getting a touch of cabin fever. Enjoy. 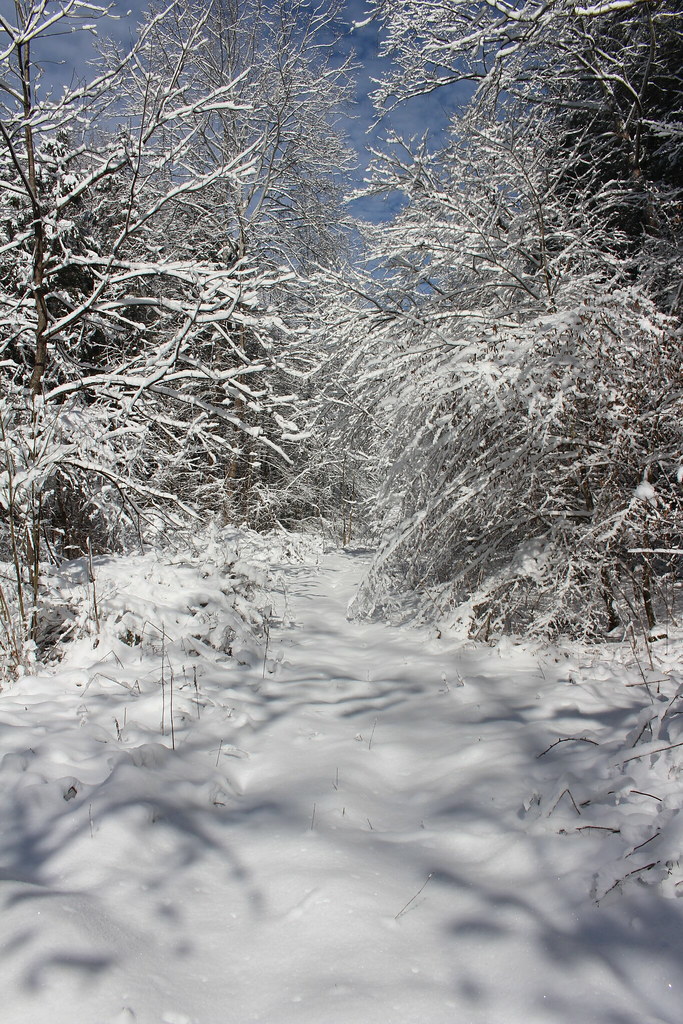 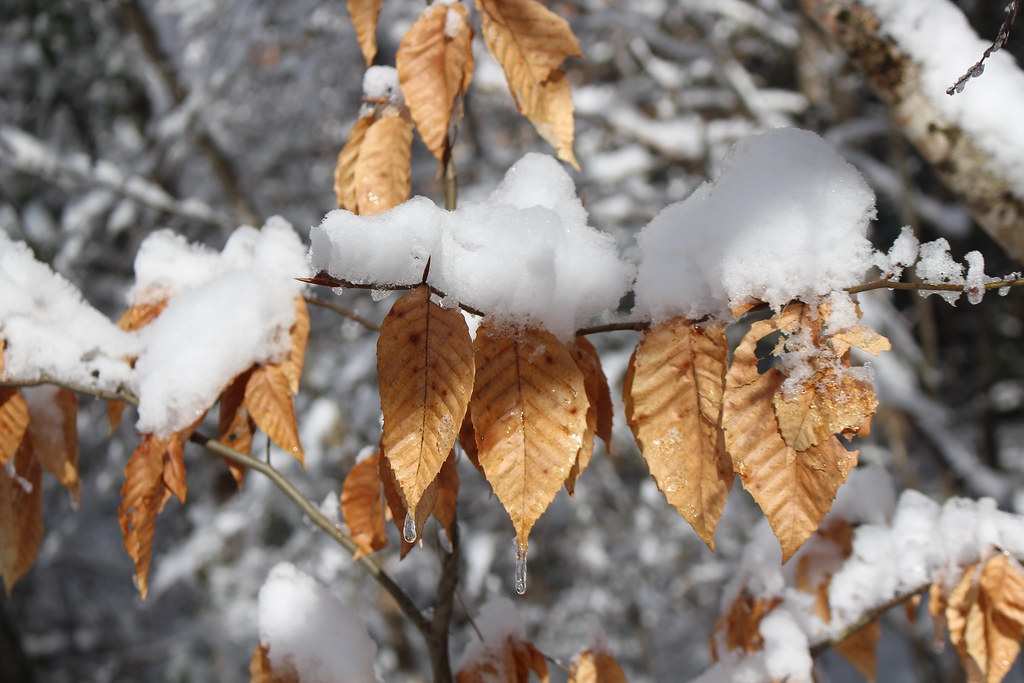 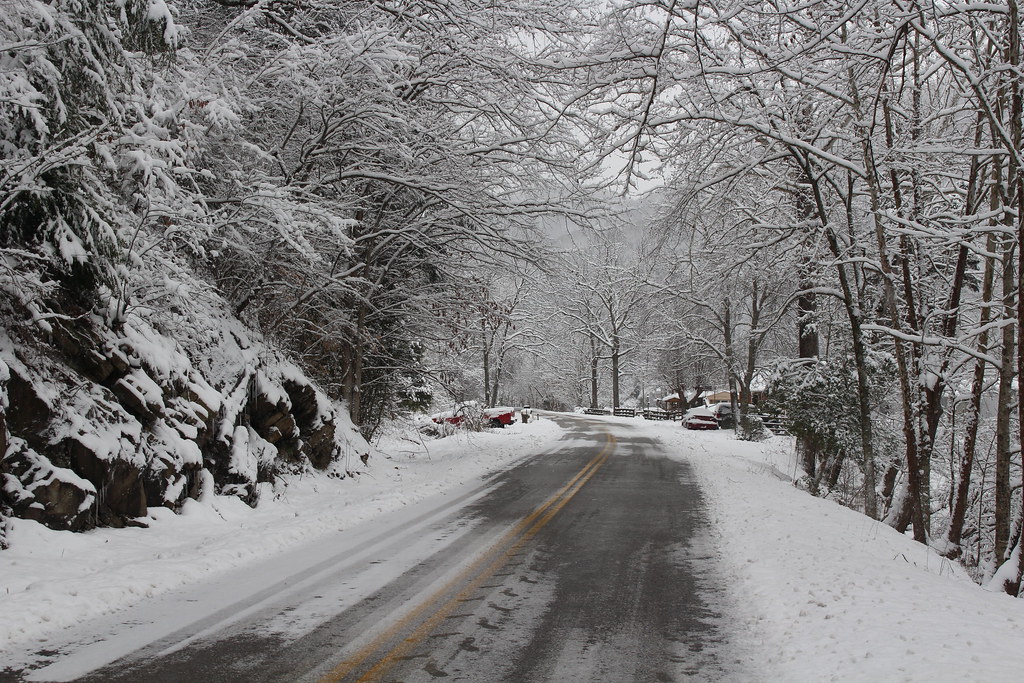 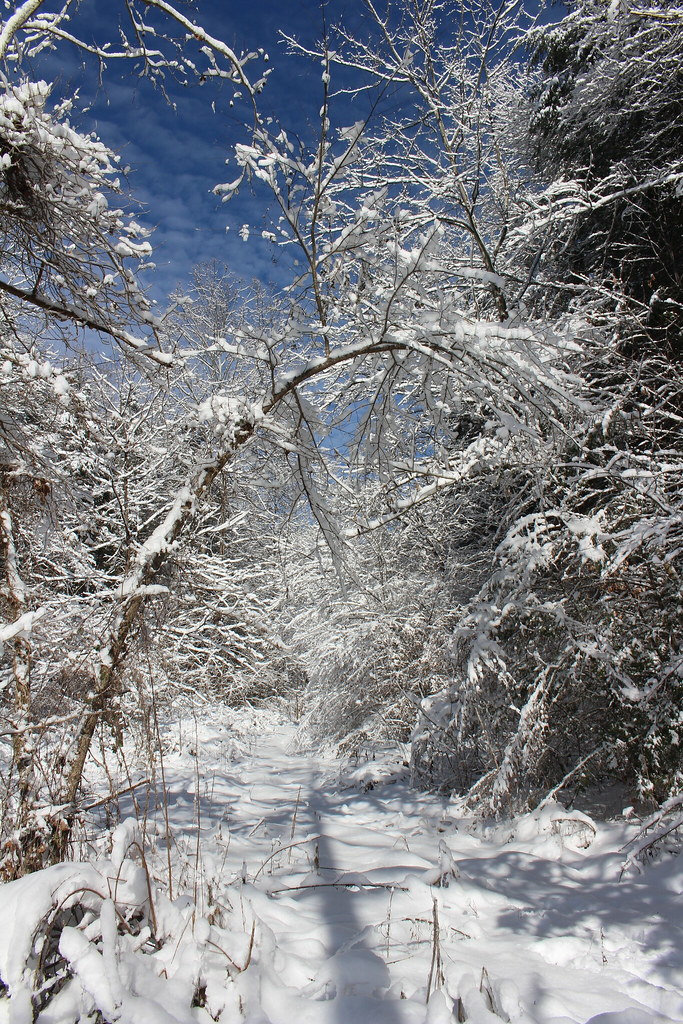 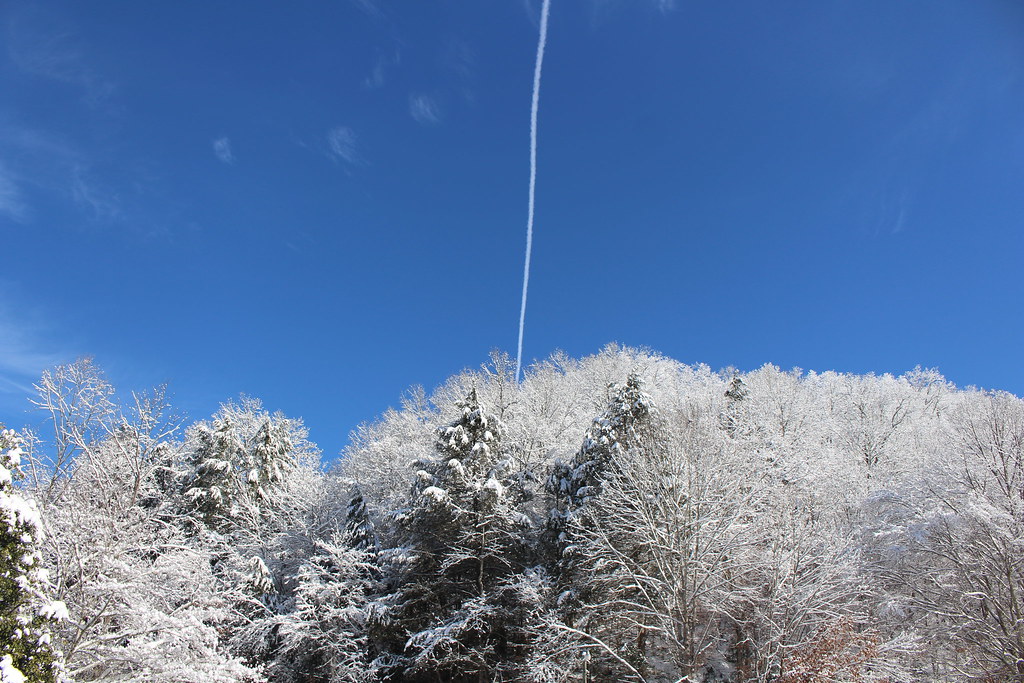 The Fourmile (Four Mile?)  School was located near the intersection of US 119 and Kentucky 840 Just to the west of the cities of Harlan and Loyall.

I can’t find a definite opening date for this school, but some of the architectural cues tell me that it was probably constructed in the 1920s.  The tall windows and the fact that it was built out of brick and not stone tells me that it probably was constructed pre-wpa era.  I also found this picture on blogger that denotes it as being taken at fourmile school circa 1924.  That photo can be found by clicking HERE.  Also, the Harlan County School System has a nice little feature on their website focused to former schools in the county.  A photo of the Fourmile School was uploaded there and it is attached below….

I have no idea who owns this building but I would absolutely love to go inside of it and document its existence.  These photos really show the poor condition of the roof and these were taken before the massive snow storms we had last year in this area that collapsed roofs all over the county.

I also can’t find a definite closure date for this school, but my best inclination is to think that it probably closed around 1966 when nearby Loyall High School was turned into a strictly K-8 facility when James A. Cawood High School opened.

As always, if you have any information or stories about this school or building please feel free to comment or message me!  Thanks for reading.

The United States Post Office for Mary Alice, Kentucky was located on state route 72 about 6 miles from downtown Harlan.

In November of 2011 the Mary Alice post office closed its doors and the building has sent been put up for sale by the US Government.

So….if your dream has ever been to live in a 600 square foot post office building….here’s your chance!

Ages Elementary School is a former school located in the Ages Community of Harlan County, Kentucky located off of Kentucky State Route 38 between the cities of Harlan and Evarts.

The building is built of beautiful cut stone construction typical of many of the early 20th century buildings in this part of the world.  I cant pinpoint a construction date, but by the architectural details and cues I would guess late 1920s to early 1930s would be a good estimate of the opening date for this school.

The building is a basic elongated H shape with wings on both ends of the building.

The school was last used in the early part of the 2000’s by KCEOC as a headstart and preschool location.

The building suffered some flooring and roof problems and those classes were moved to nearby Verda Elementary after Verda closed in 2001.

Im not completely sure when this school was last used as an elementary school.  My guess would be early 80s to late 70s.

The basic structural integrity of the building is still in tact as the exterior walls are still standing firm and the roof is fully intact.

The floors have now been removed from every single room that I could see in.

and there are a few holes in the interior walls exposing the old type construction this building utilized.

as you can see almost every window in this building has been busted out.  These windows coincidentally appear to be the same size and type that was used at Hall High School / Hall Elementary and that building was completed in 1929.

Another classroom sans the floor.

You have to love the nice graffiti that some idiot felt appropriate to tag the walls with.

At least the front doors are secure and locked now.

A community park now sits adjacent to the school on part of the school property.

As always, if anyone has any more information on this school or its history please comment or send me a message.  I would love to hear any input!

Cranks Creek Lake is a 219 acre lake that was created in 1963 at the base of stone mountain.  The lake is owned and operated by Harlan County.