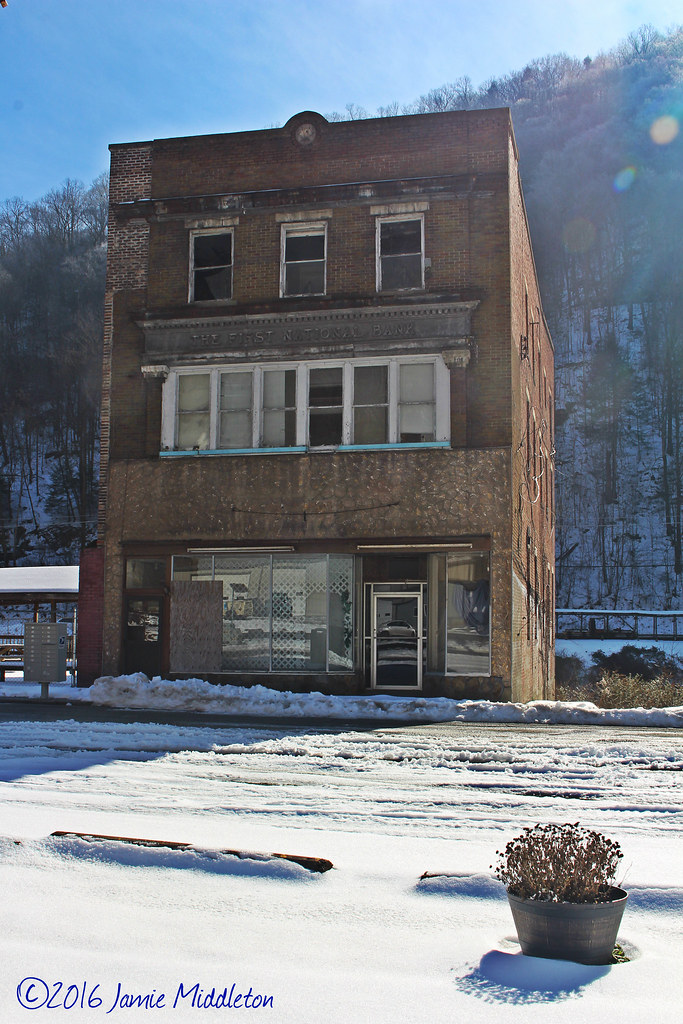 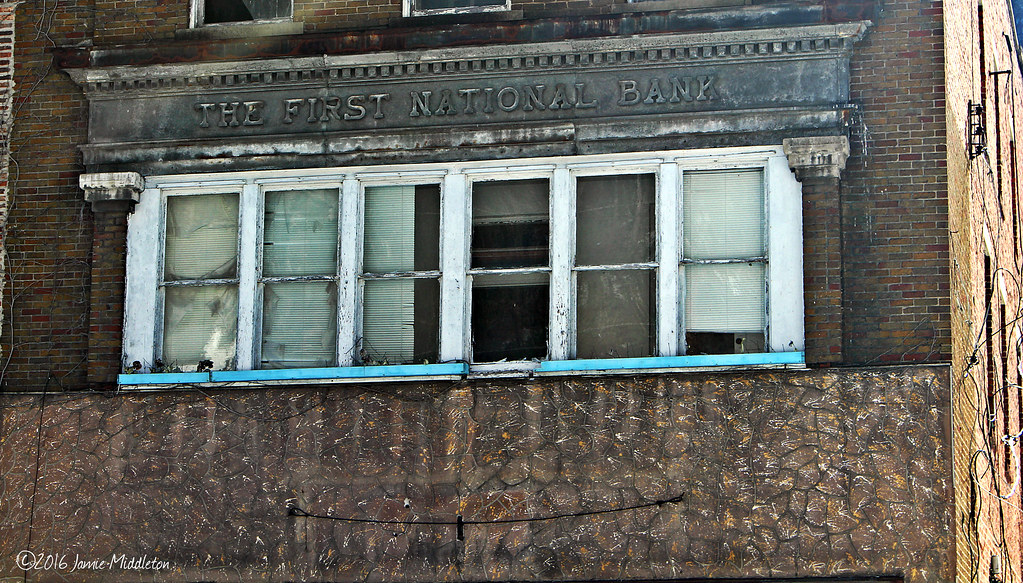 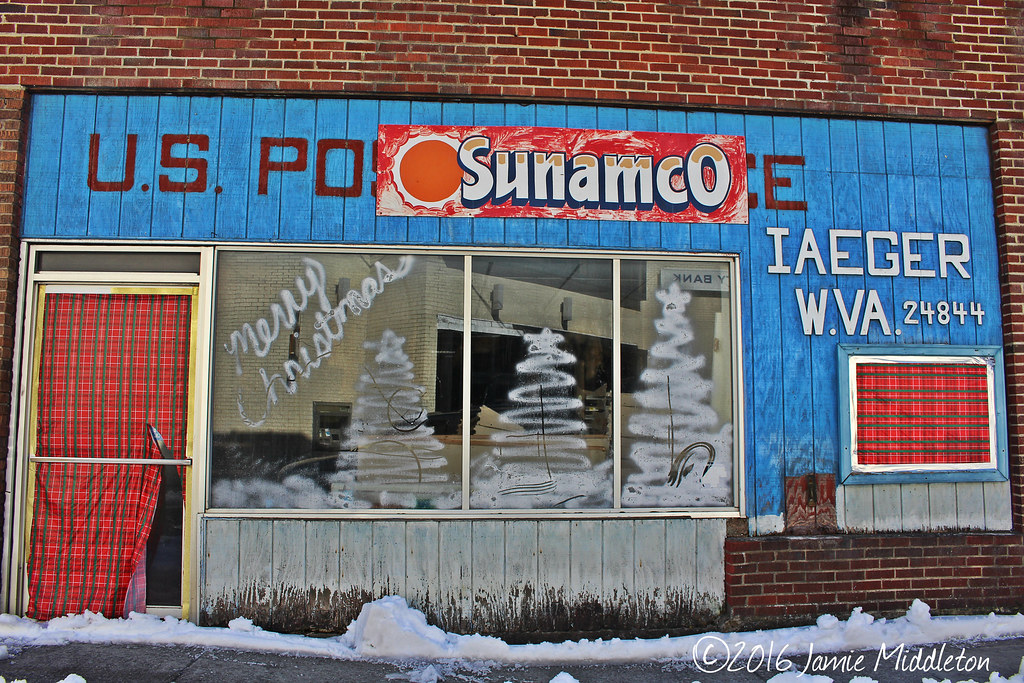 The town still has a post office, although it has now moved out onto the main road, US 52 near the Dollar General store.

A true testament to how preserved and dead the downtown area of Iaeger is would be the Montgomery Ward Building in Iaeger.  Iaeger’s downtown district is basically a long rectangle shape with buildings along the outer edge of the three sides.  Most of the businesses here have closed over the past years.  The few that have remained, right down to the post office have moved out onto US 52 on the other side of the river. 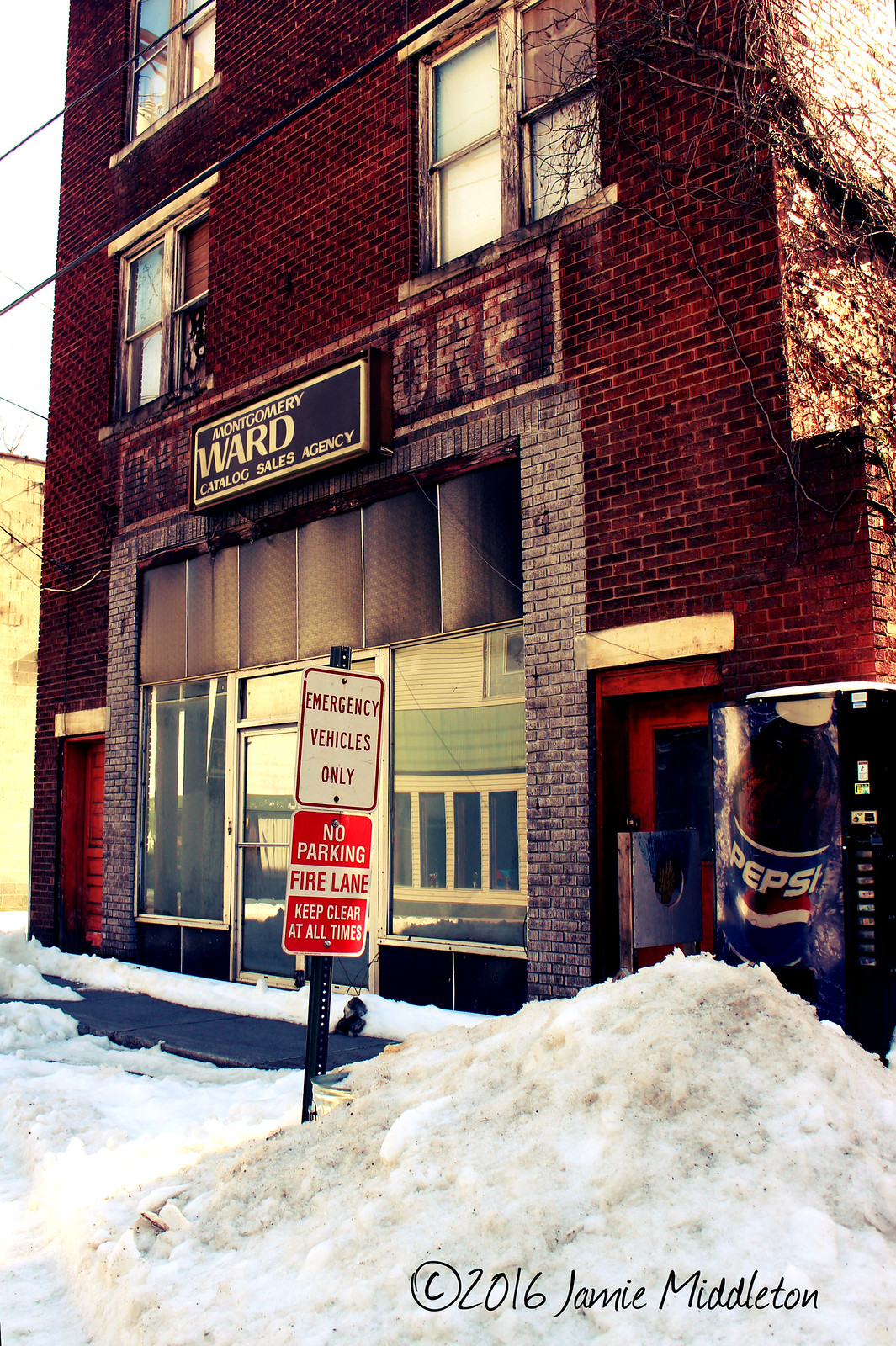 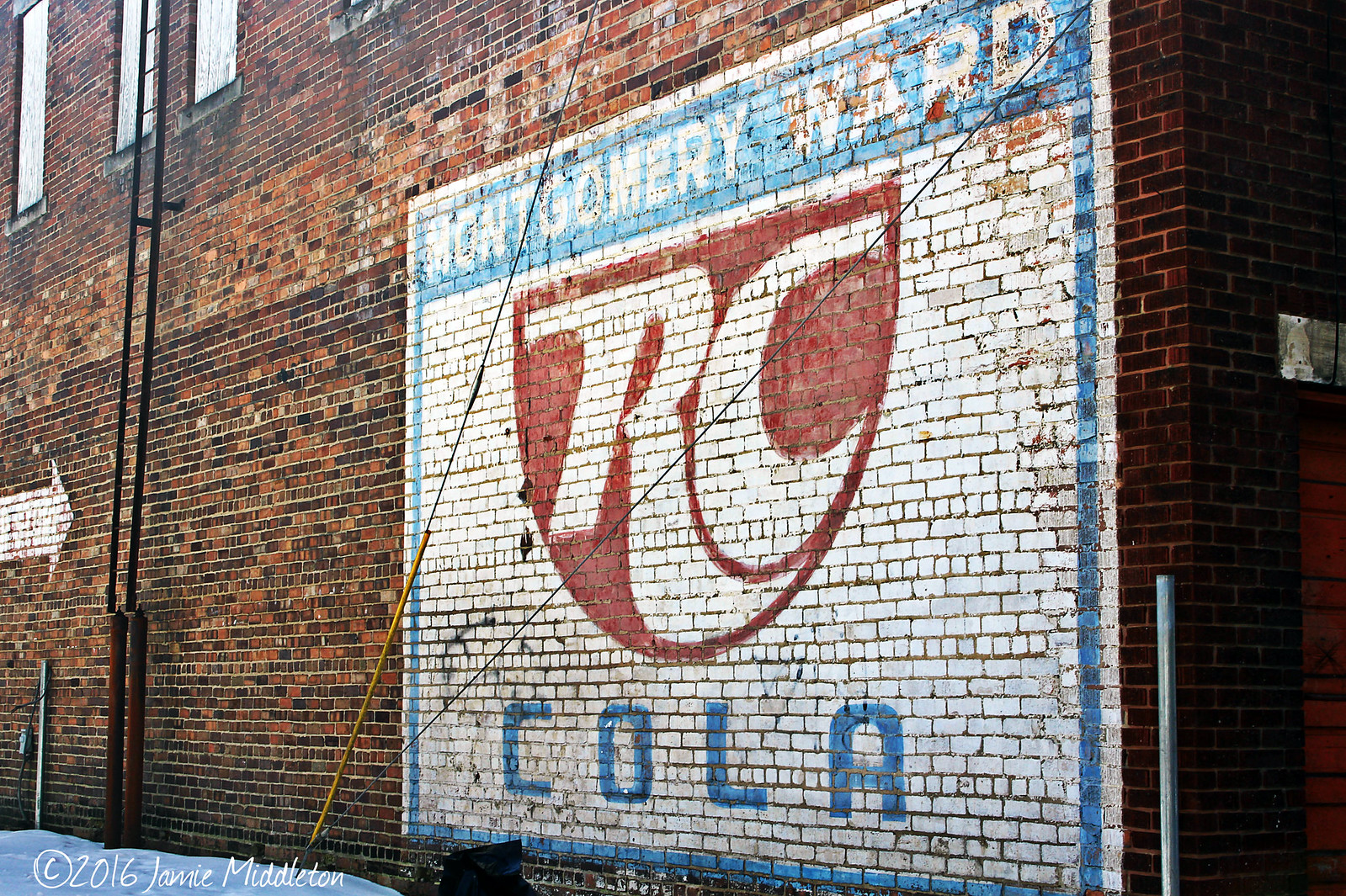 Continuing my coverage of McDowell County, tonight’s blog entry will focus on the long gone Iaeger High School, its long road to its demise and the current usage of the property.

Iaeger (pronounced Yay-ger) High School was located in the town of Iaeger near the junction of West Virginia State Route 83 and US 52 approximately 17 miles to the west of the county seat of Welch.

Iaeger High School was first opened in 1918 on the southern banks of the Tug Fork River.    Students from several surrounding communities attended high school at Iaeger including Bradshaw, Jolo and Panther.

Back in 2000 the McDowell County School Board faced with dropping enrollment and aging, crumbling buildings prorposed a facilities consolidation plan which included the consolidation and closure of Big Creek and Iaeger High Schools into one new facility to be built in the nearby town of Bradshaw.

The proposal of this plan would lead to a nearly decade long battle between school board, state officials and the communities over consolidation.  Citizens were angry and took the battle to court.

In 2002 the county, including Iaeger was hit by not one but two severe floods damaging schools to the point that consolidation was forced in some locations and the school year was cut short.

Still, Iaeger High School chugged on into the 2002-03 school year unchanged and still hopeful that the issue of consolidation was dead.

Finally, after the flood damage, the US Army Corp of Engineers came into the area and offered millions of dollars specifically earmarked for the construction of four new facilities, which would include the new replacement high school at Bradshaw.

In a controversial move the school board voted 3-2 to reject the assistance.  Public opinion began to change and in 2008 construction on the new consolidated school, River View High school began after former governor Bob Wise and the state legislature became involved.

According to the West Virginia Department of Education statistics Iaeger had an enrollment of 343 as of  June 8, 2010 when Iaeger closed its doors for the last time.

The final graduating class of 88 seniors accepted their diplomas in a graduation ceremony in the Bob N. Jack Auditorium.

All of the photos above were shot on December 3, 2011 on a very cold morning.  I had heard the wrecking ball was near and I just had to get out to McDowell County and document this nearly 100 year old building before it met its ultimate fate of demolition.

and Im glad I did, because the following June when I was back in McDowell County, this is how the old school site appeared.

Today the old Iaeger High School site is busy with construction as the new Iaeger Elementary School is going under final preparations to be opened very soon.