Jonesboro is a city in Union County, Illinois. Jonesboro is famous for being the location of the third of the Lincoln-Douglas debates, on September 15, 1858. It was named for Doctor Jones, a pioneer settler. 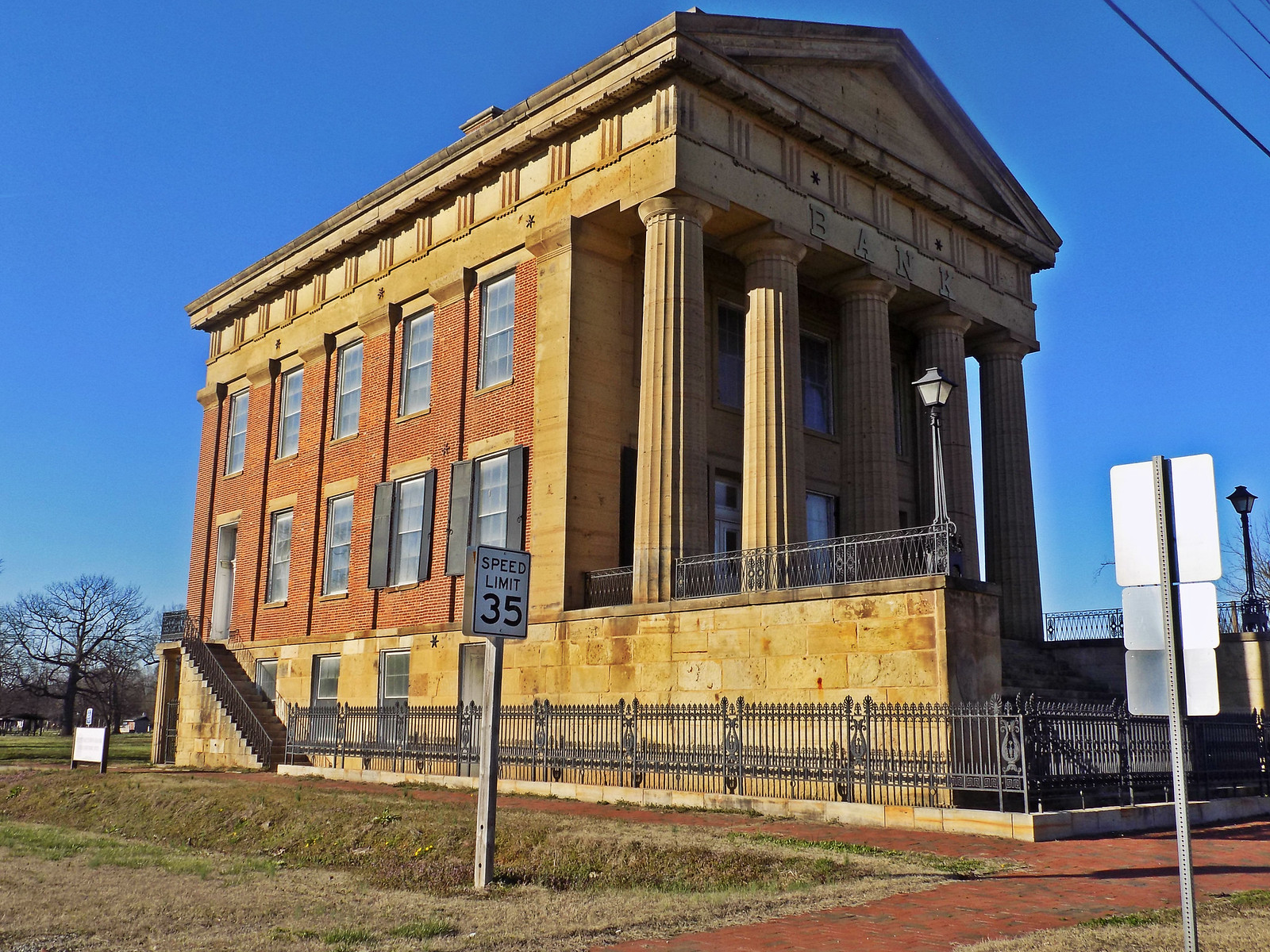 Sometimes when I find one of these obscure, random places to write about in my blog its hard to find enough information to write a sufficient article. Others I uncover enough interesting facts and history that you could write for hours and that is the case with the Old Shawneetown State Bank. 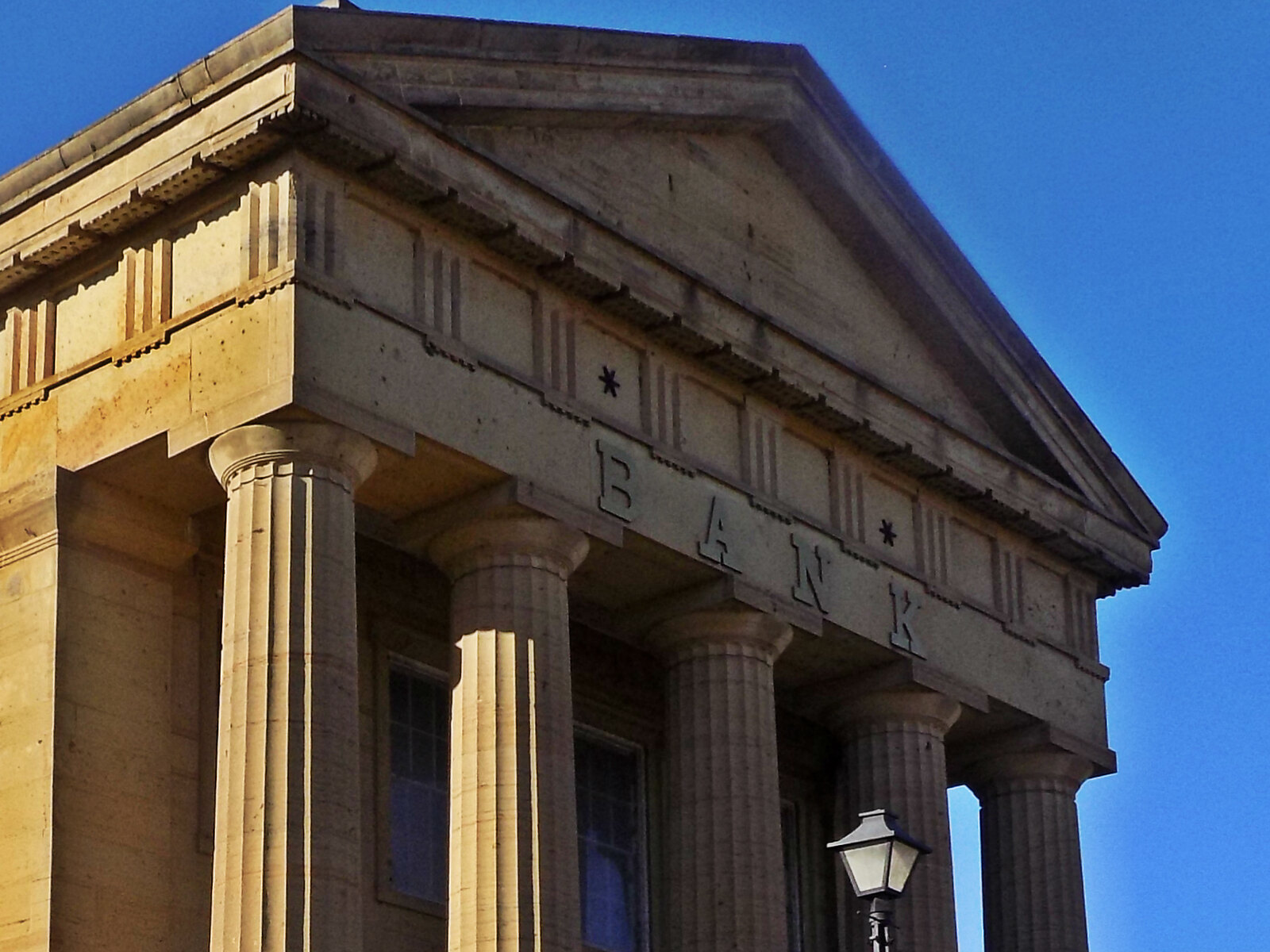 The Shawneetown Bank, a four-story, brick and stone behemoth with five massive columns was built in 1839 and is the oldest bank building in the state. 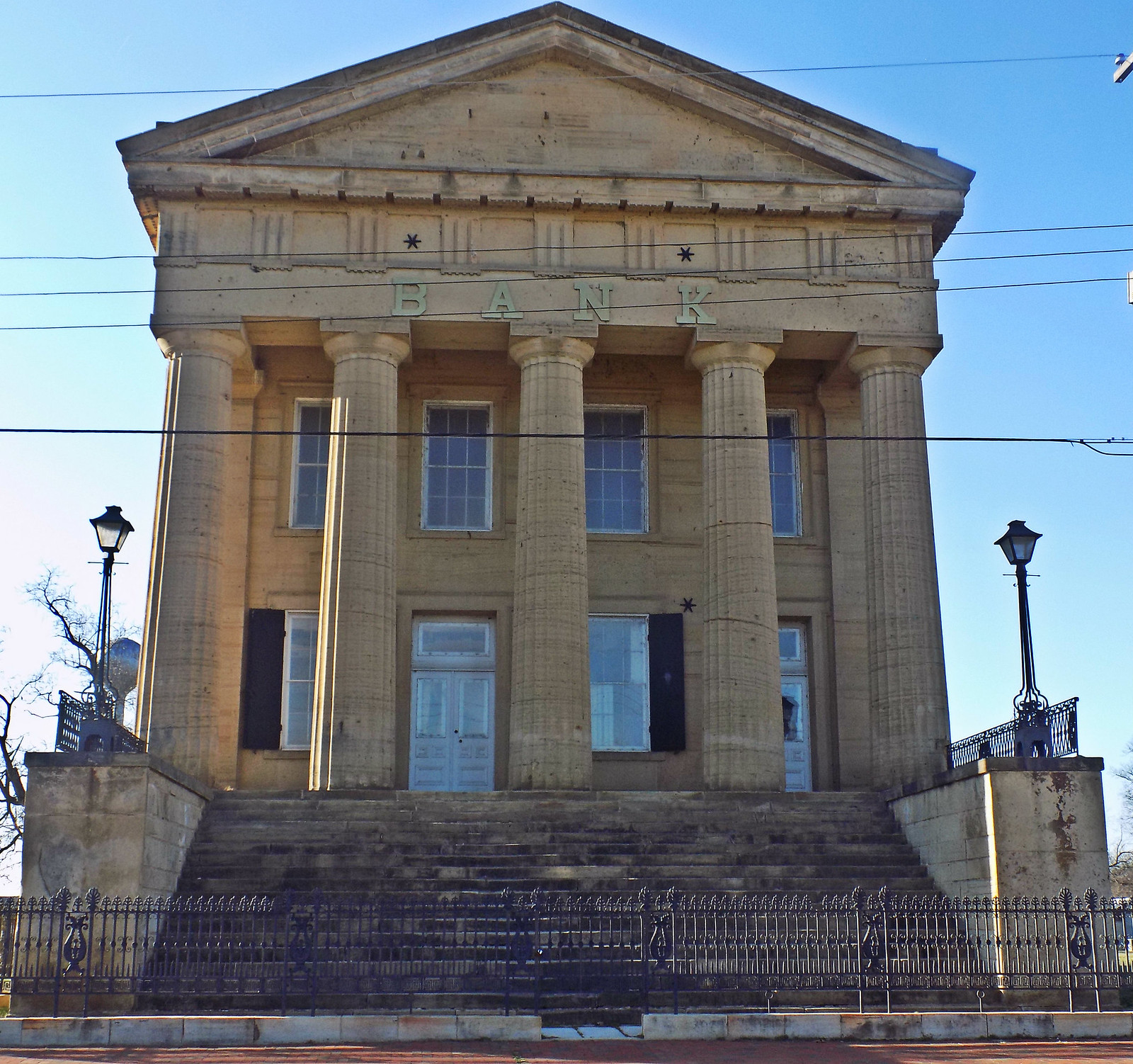 When its charter was first granted — the first bank in Illinois Territory in 1816 — it housed a federal land office and was the hub of financial activity in Shawneetown, an important commercial center, home to the state’s thriving salt industry. That bank, which started in a log cabin in Shawneetown, collapsed in a financial panic that swept Illinois in the early 1820s, but its charter was retained. When prosperity returned in the mid 1830s, the bank reopened and the Bank of Illinois’ board of directors planned a new building. 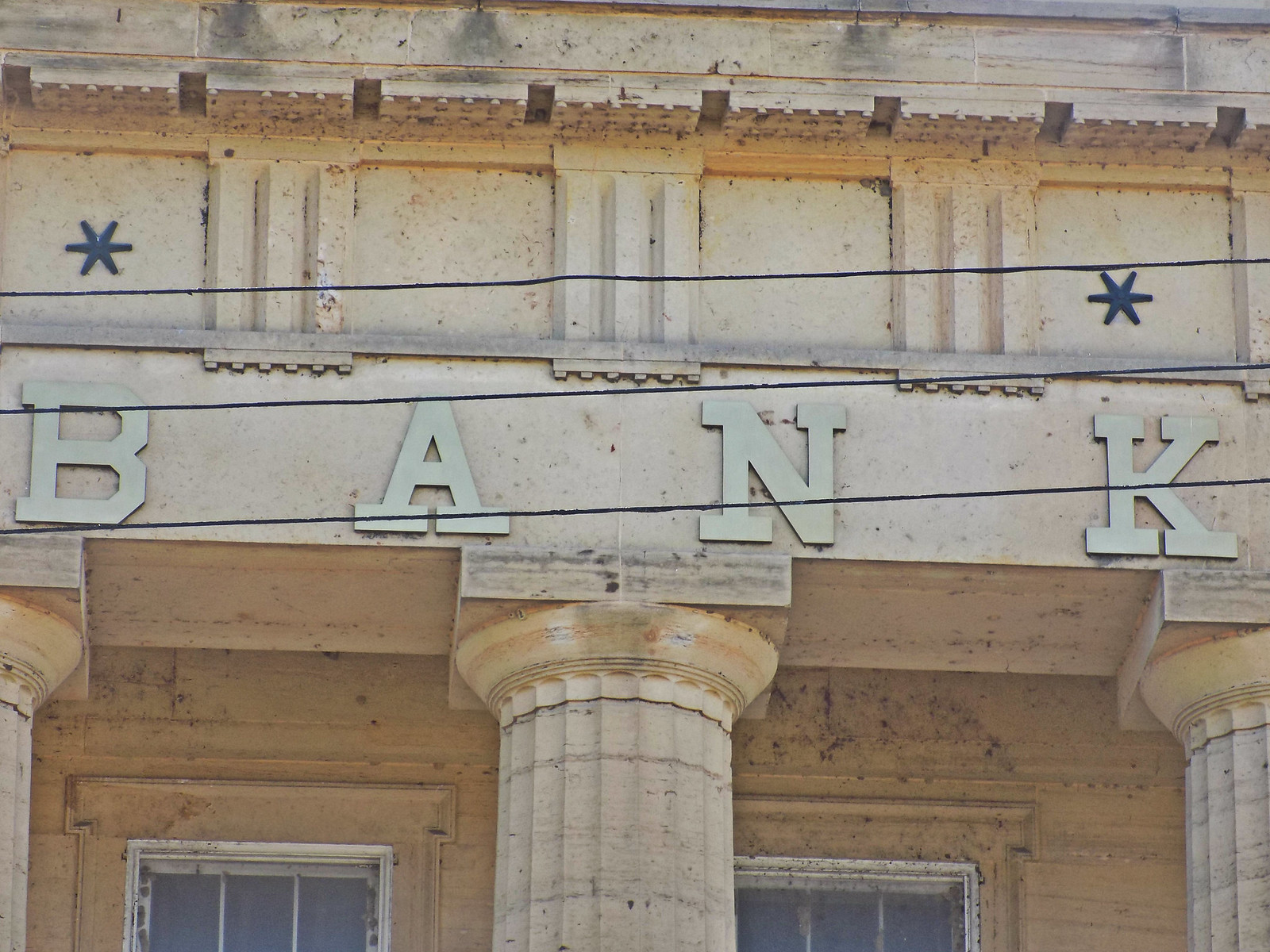 On Aug. 3, 1839, trustees laid the cornerstone of the Shawneetown Bank; it opened for business in 1841. The bank’s style-Greek Revival-style, a popular one for banks of the period, was believed to express the American ideals of liberty and freedom. 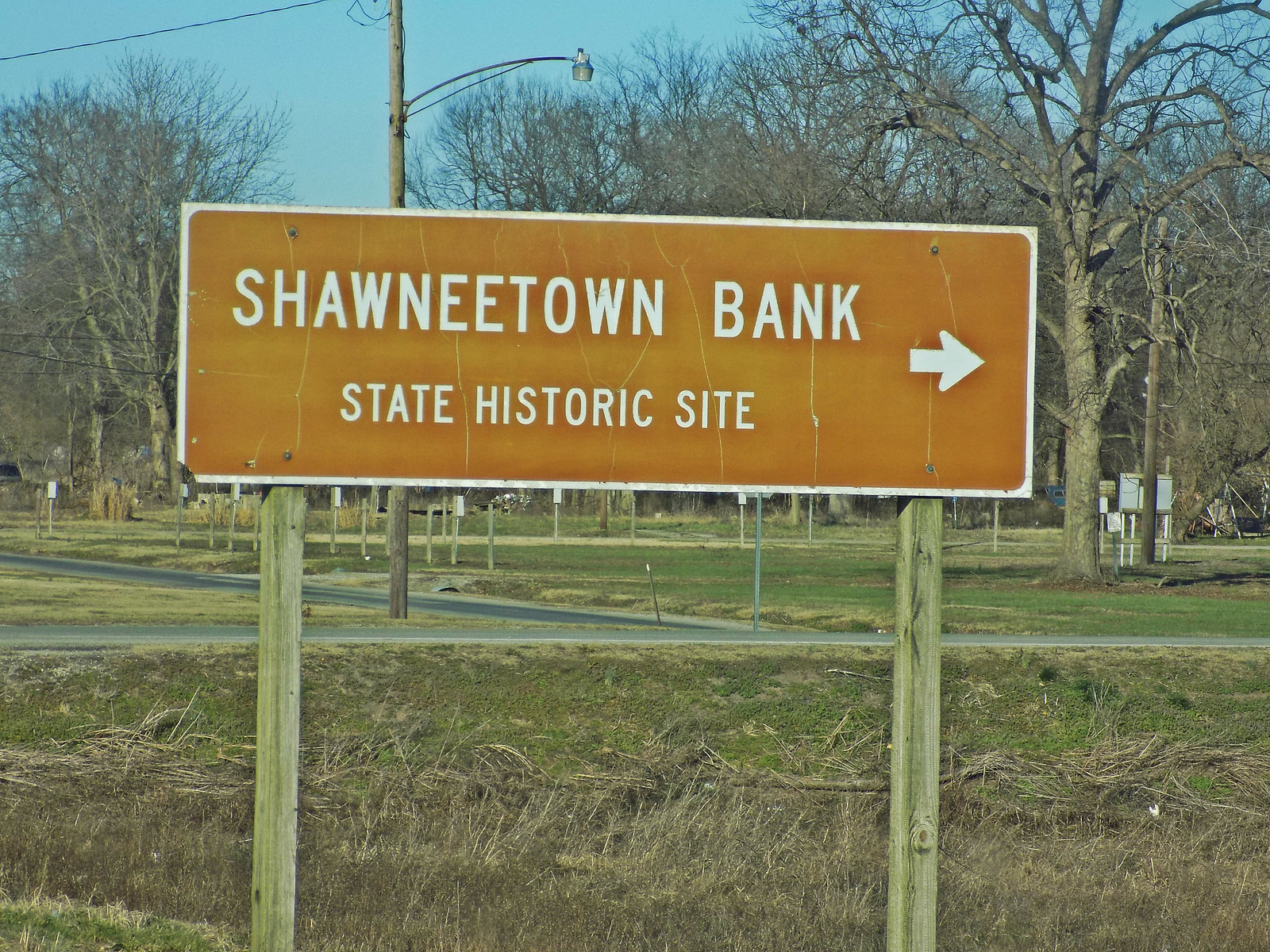 Soon after the new building opened, however, another financial depression set in, causing the Bank of Illinois at Shawneetown to suspend operations in 1842. The building stood empty for a decade until the State Bank of Illinois opened there in 1854. 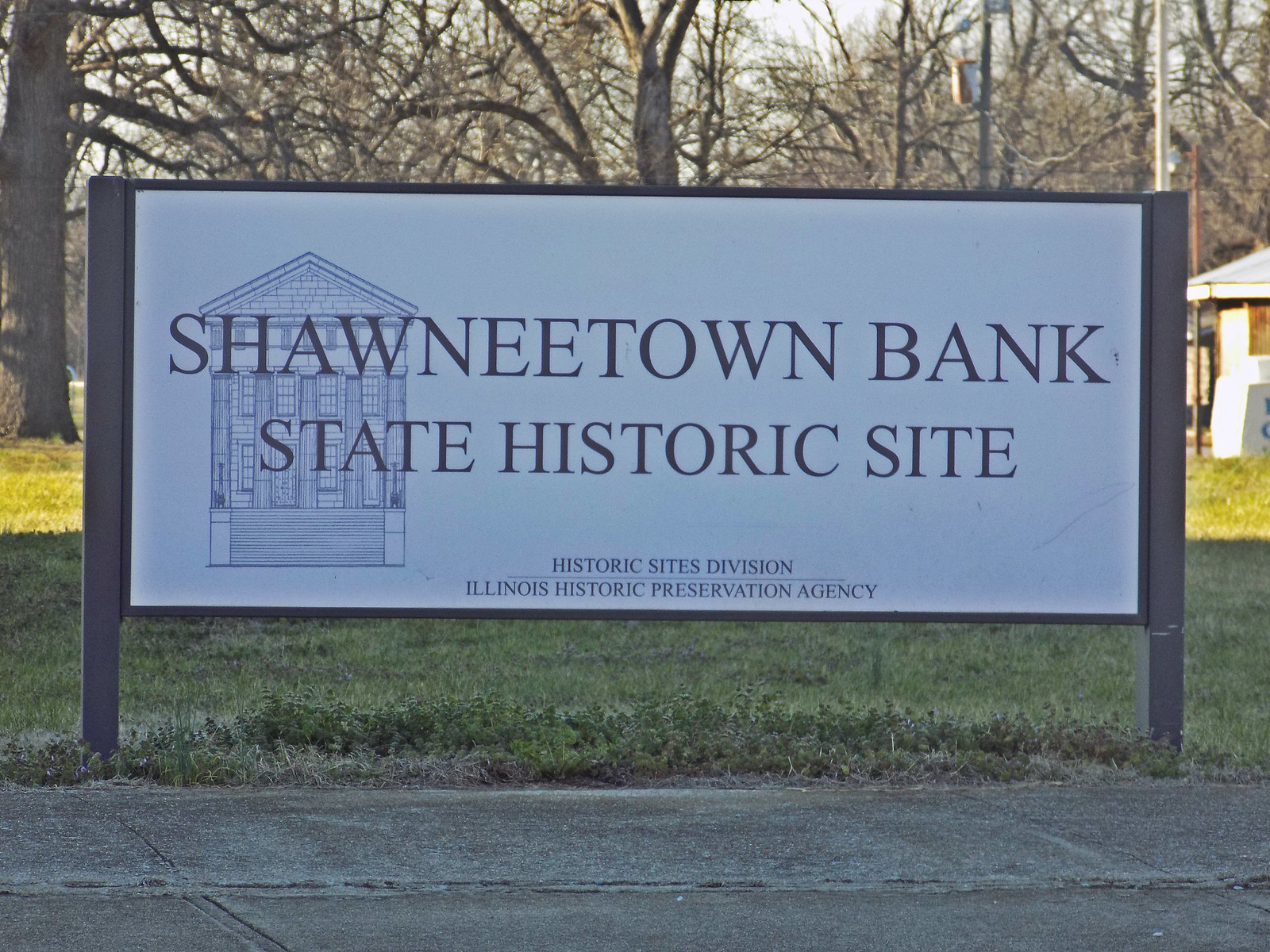 By that time, Shawneetown had fallen on hard times. Railroads and canals had cut into the river traffic upon which the town depended before the Civil War and afterward, the population gradually declined.

The bank housed numerous financial institutions from 1854 to the 1930s, but finally closed its doors in 1942 and was deeded to the state. Some restoration was completed in the 1970s, but budgetary problems prevented further work. In 1972 the building was placed on the National Register of Historic Places. Landmark Illinois, a state historical preservation organization, listed Shawneetown Bank as one of the 10 most endangered sites of 2009. 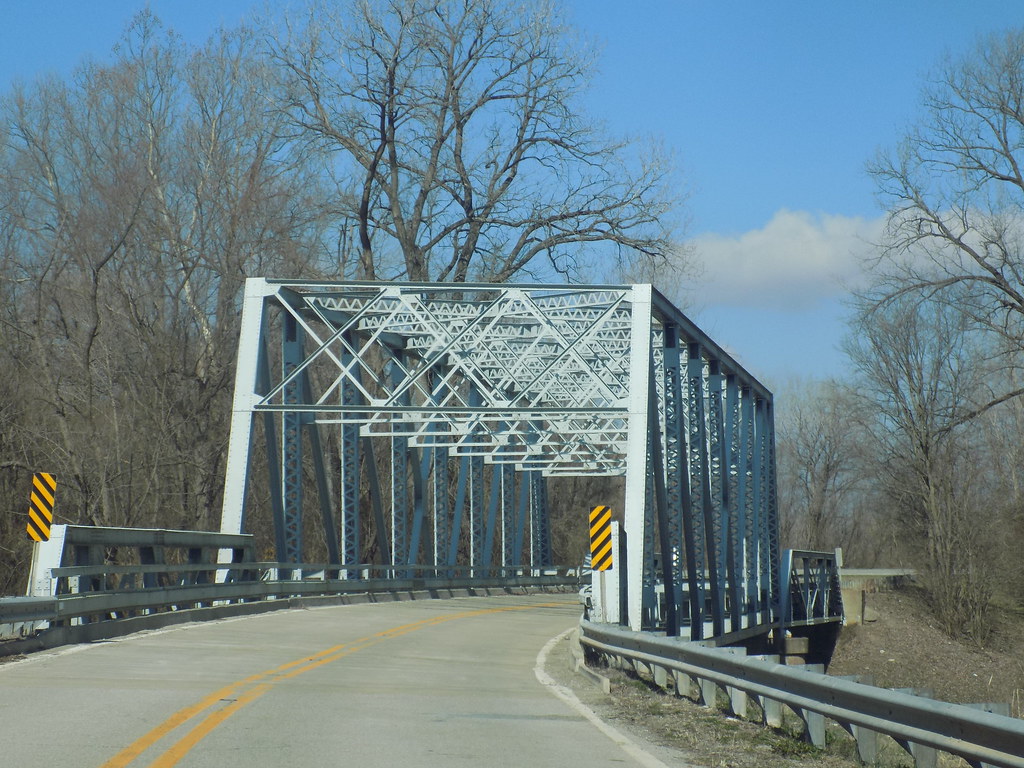 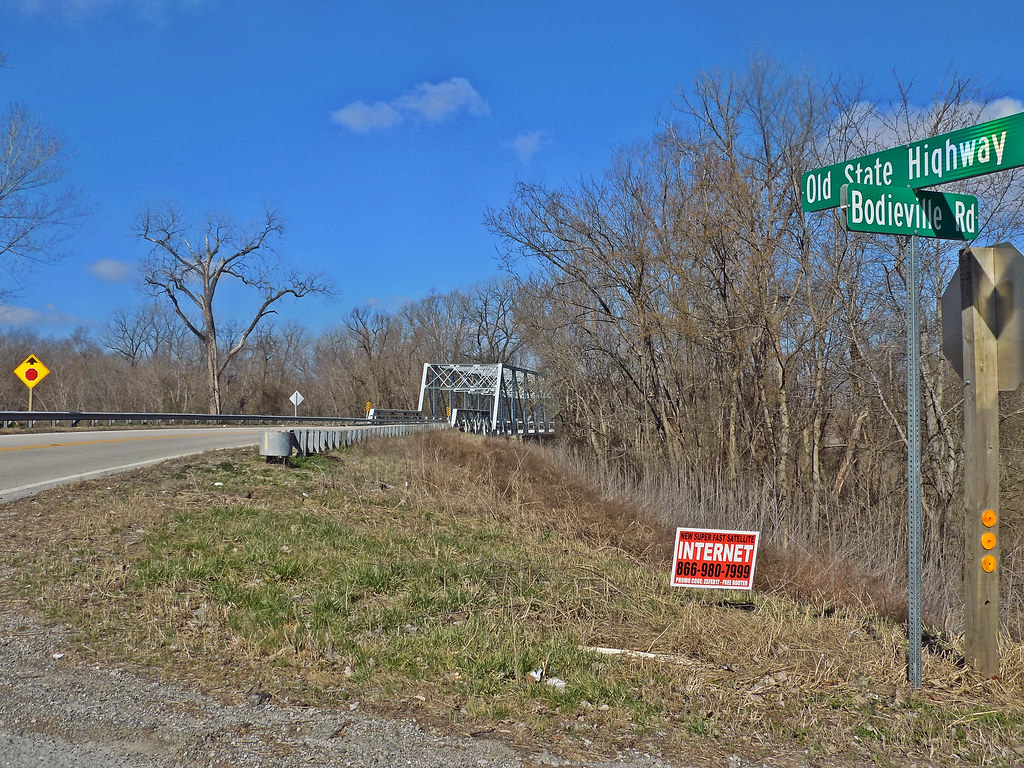 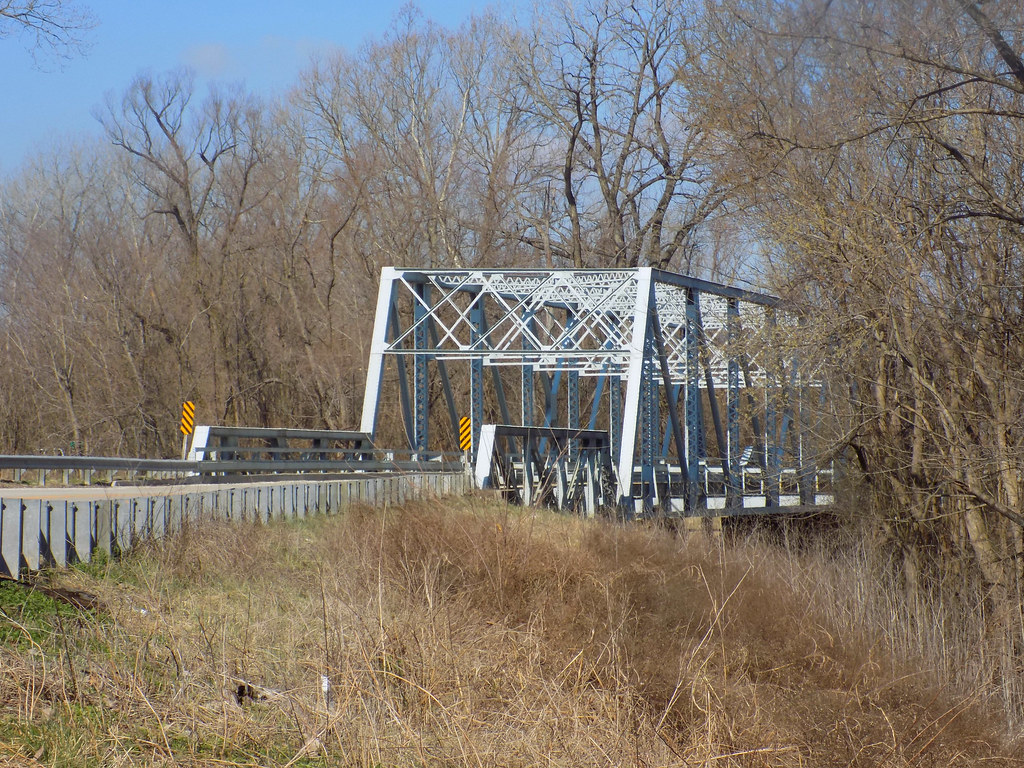 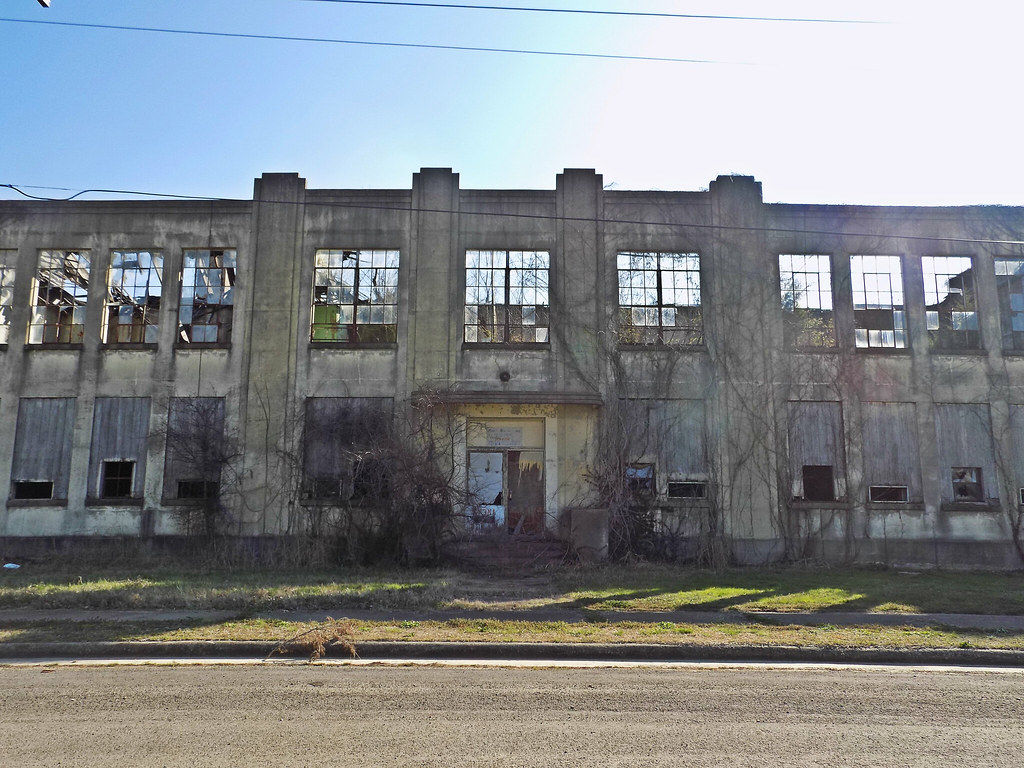 When I first started planning my trip back to Cairo I knew I wanted to travel north of the city and explore.  The last, and only other time I explored Cairo it was a simple jet across the bridge, explore the town and then jet back across the bridge.  I found this wonderful ruin on google earth in the nearby town of Mounds.  I knew I had to visit. 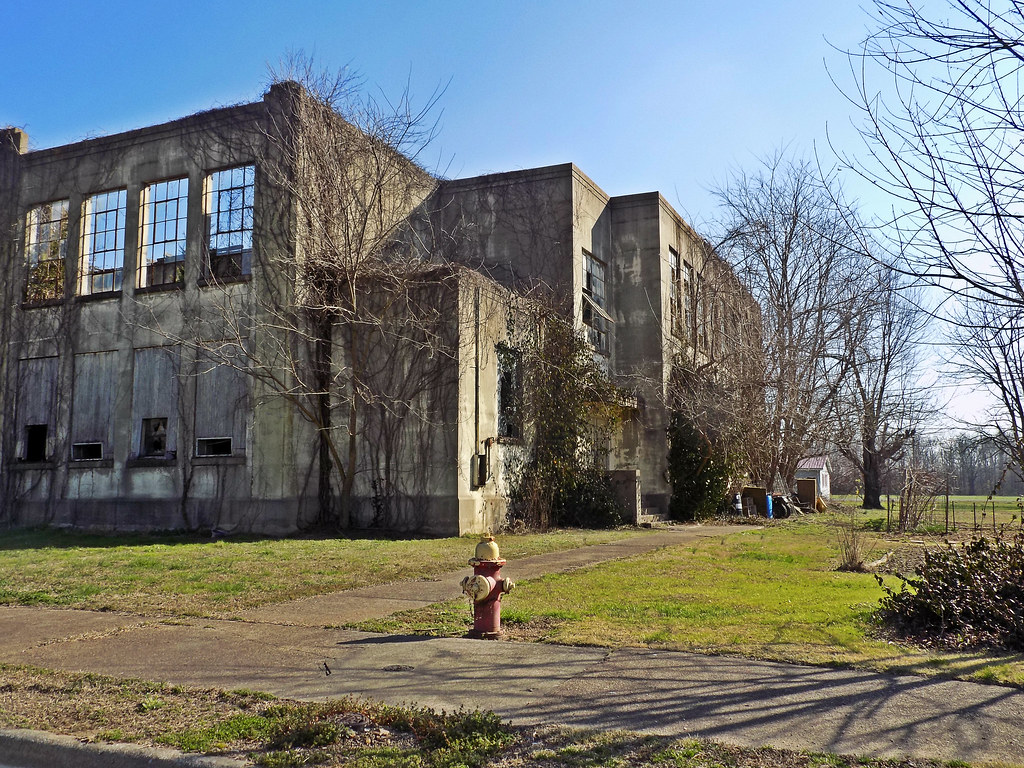 Mounds Township High School was built sometime in the 1920s. It was one of 4 high schools that served this area of Pulaski County. 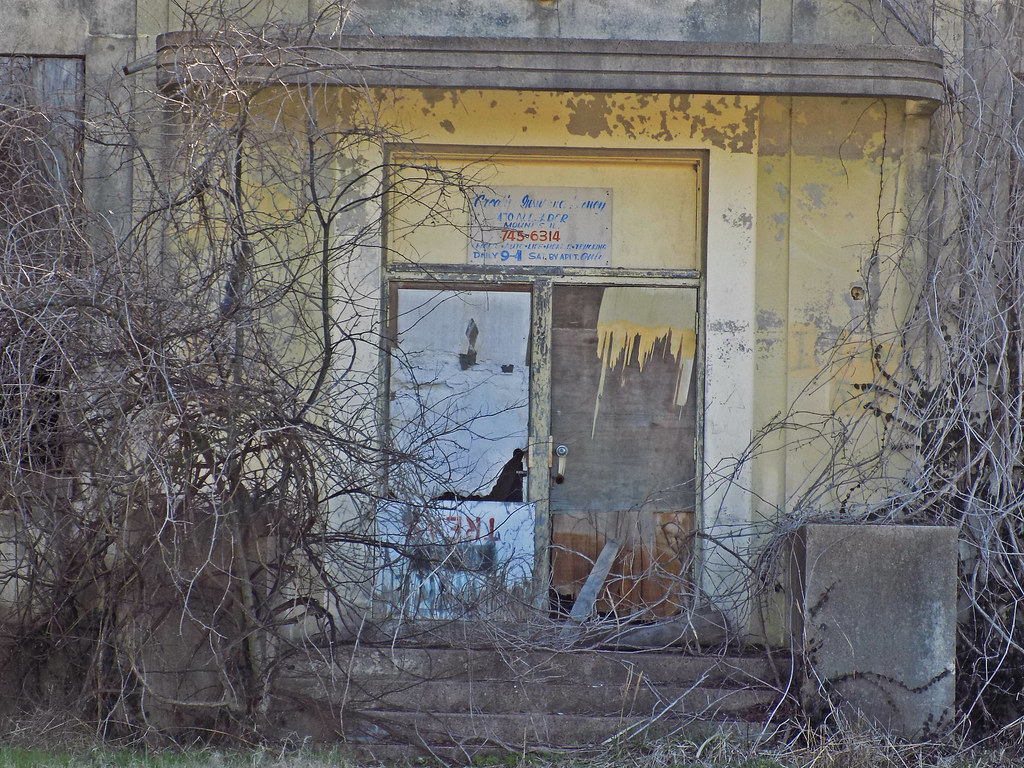 The school’s mascot was the Railroaders and the school’s colors were Purple, Gold and White. 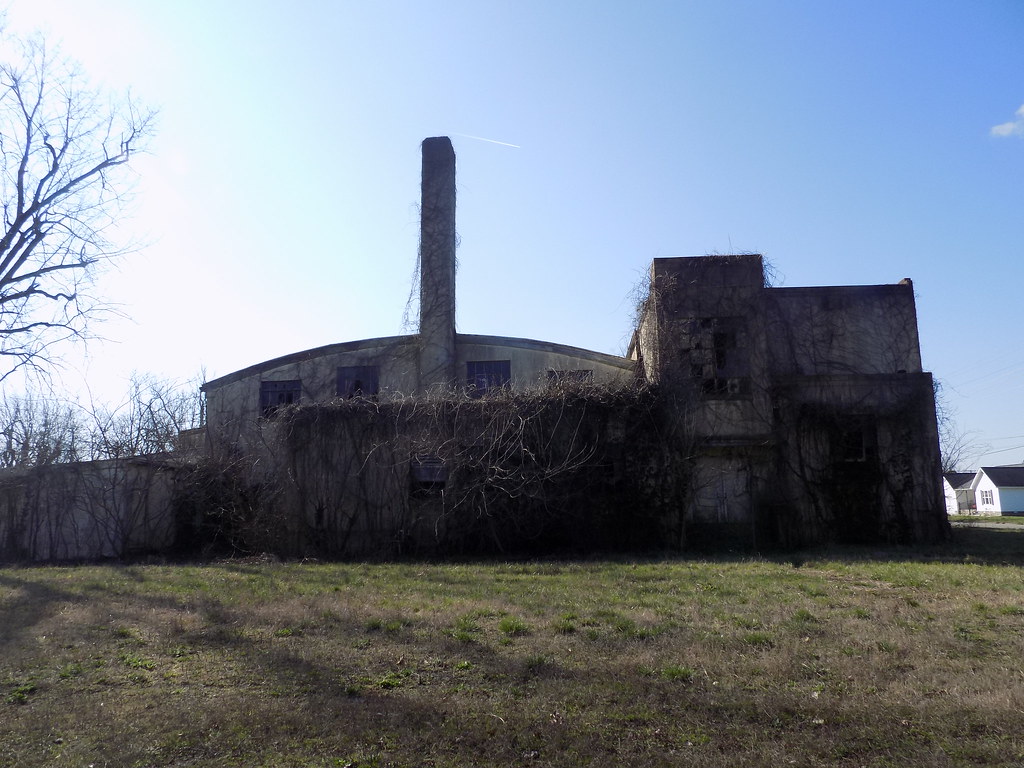 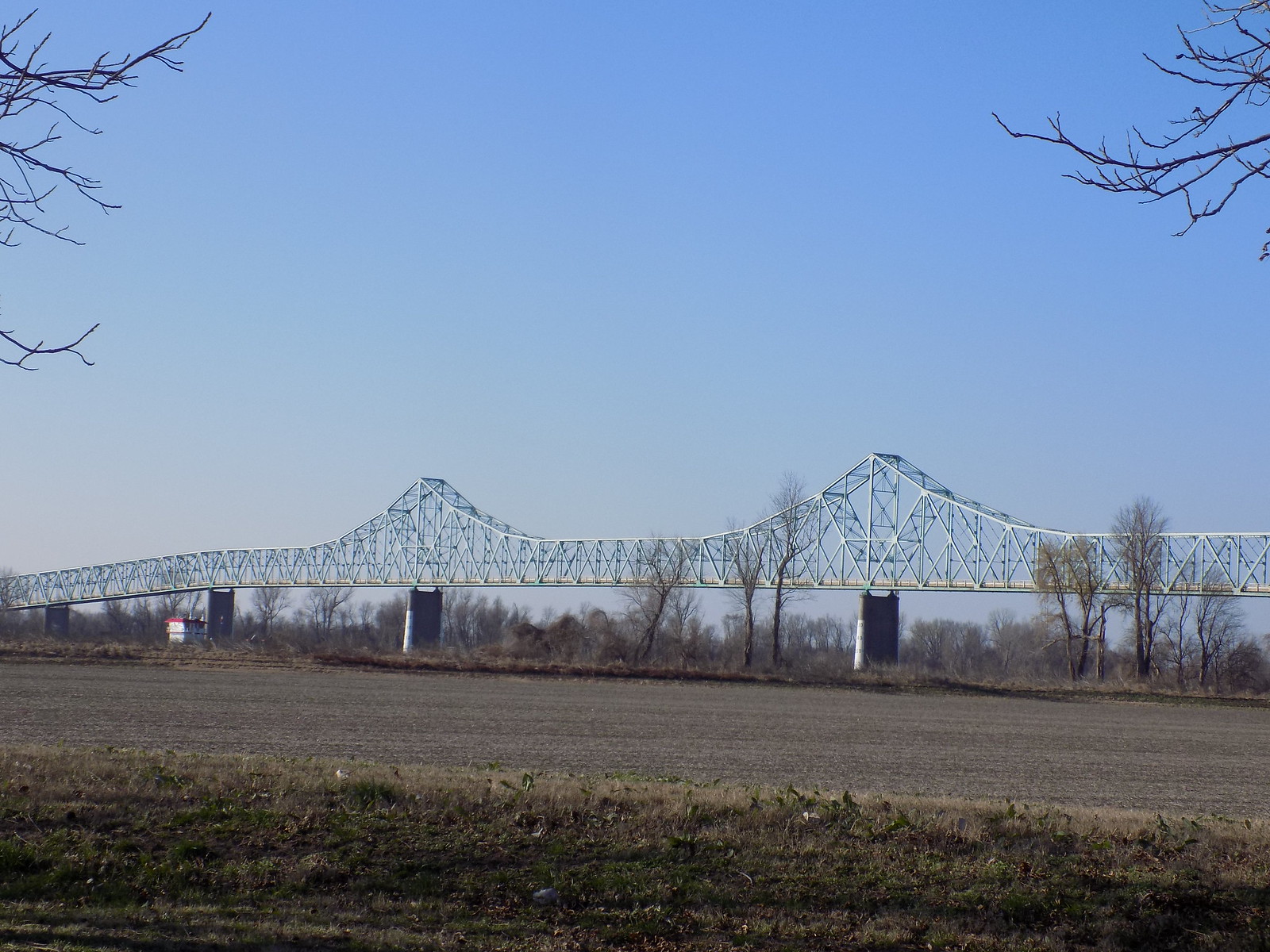 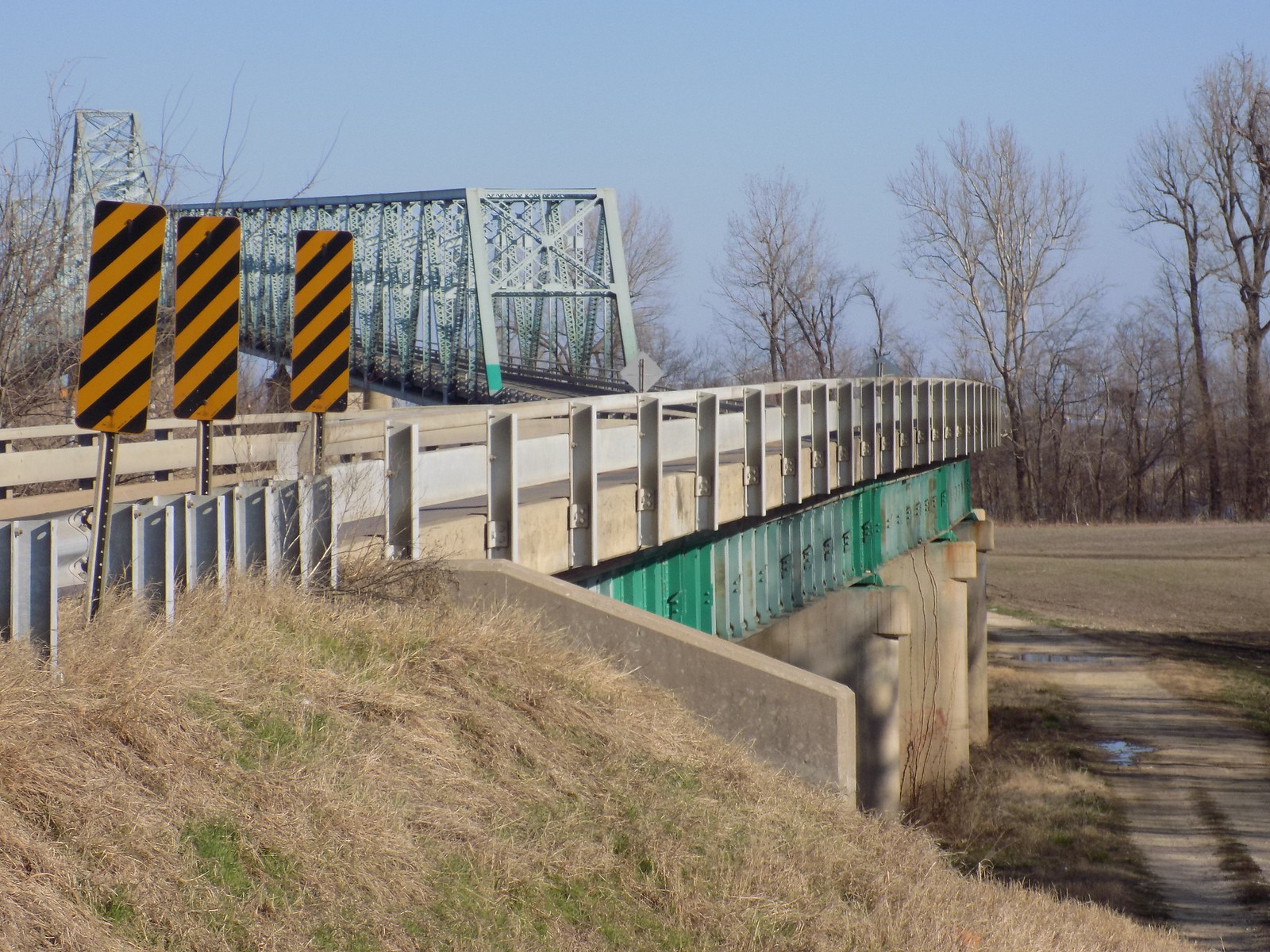 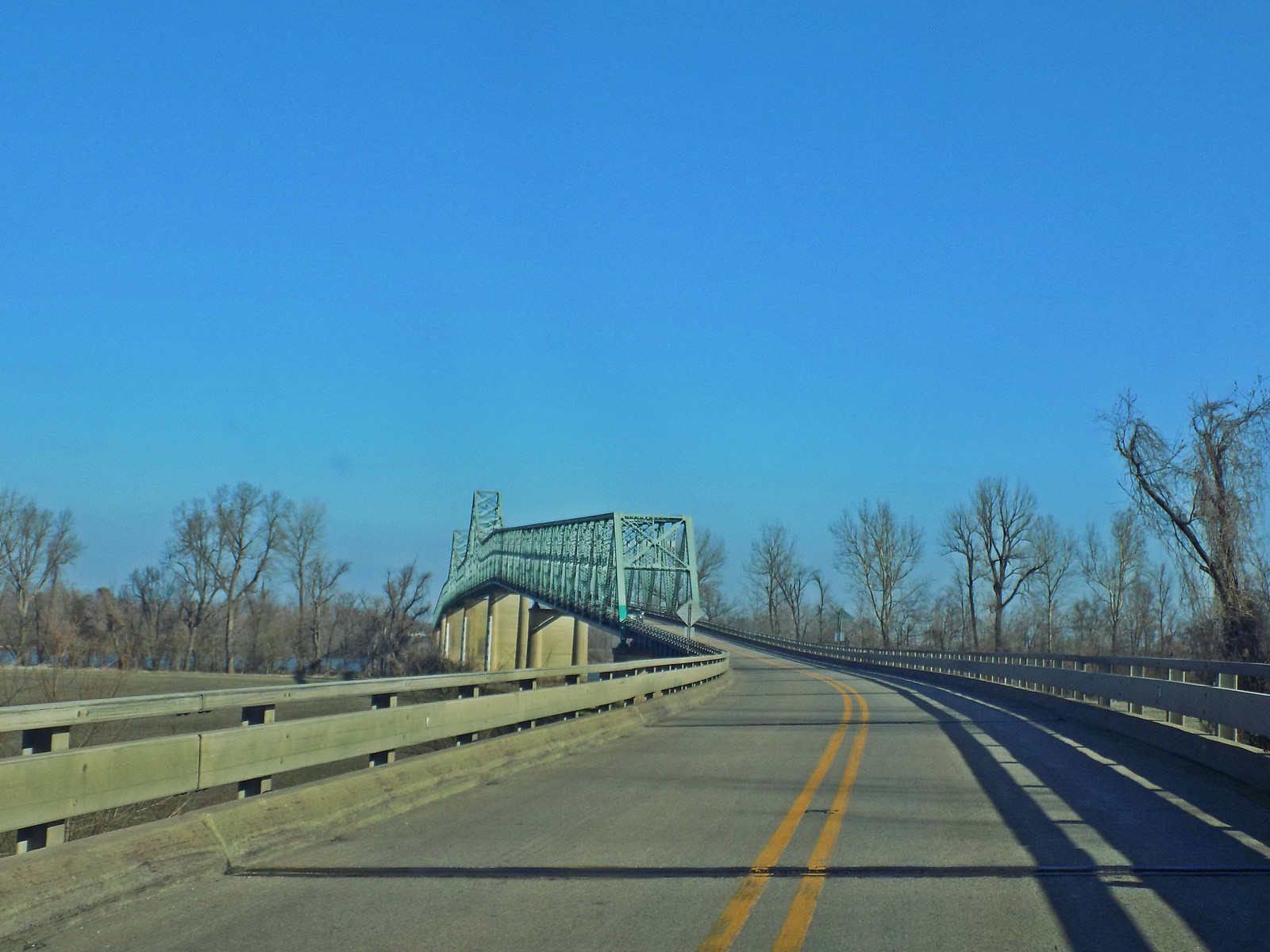 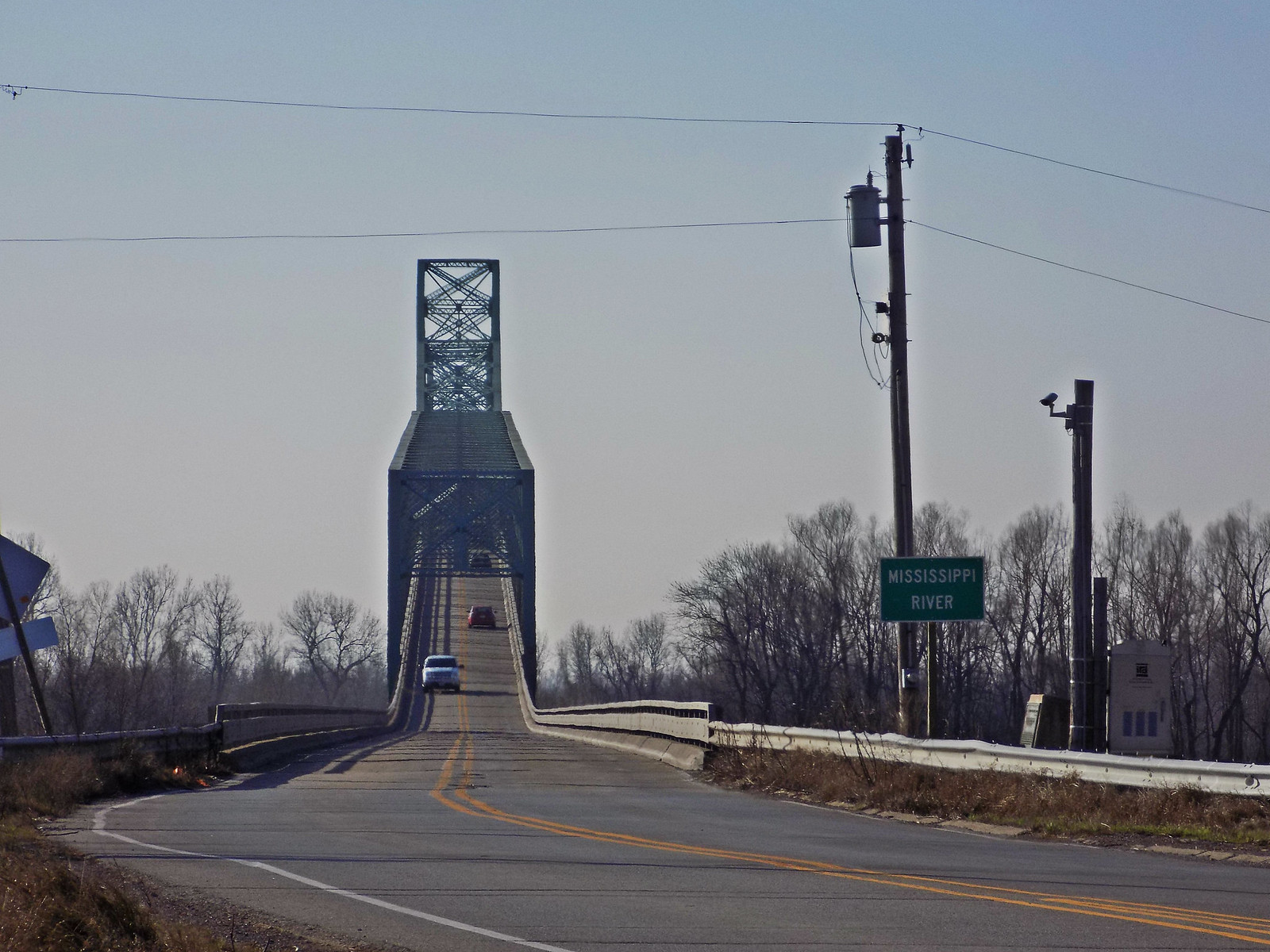 The Cairo-Ohio River Bridge carries US 51, 60 and 62 across the Ohio River from Wickliffe, Kentucky to Cairo, Illinois.

Of all the Ohio River crossings, it is the furthest downstream; the Mississippi River can be seen while crossing the bridge and looking westward. 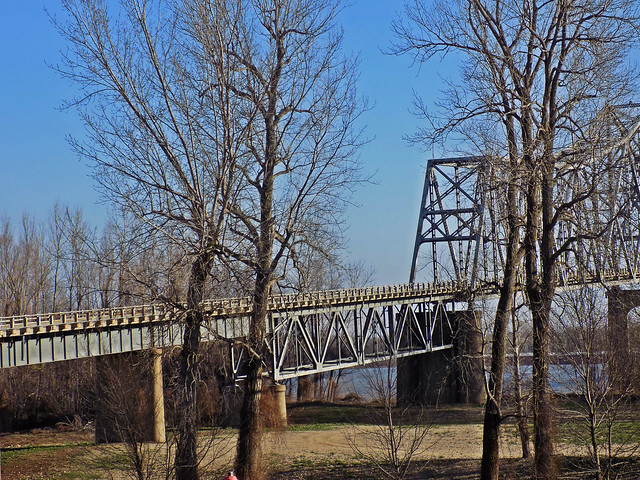 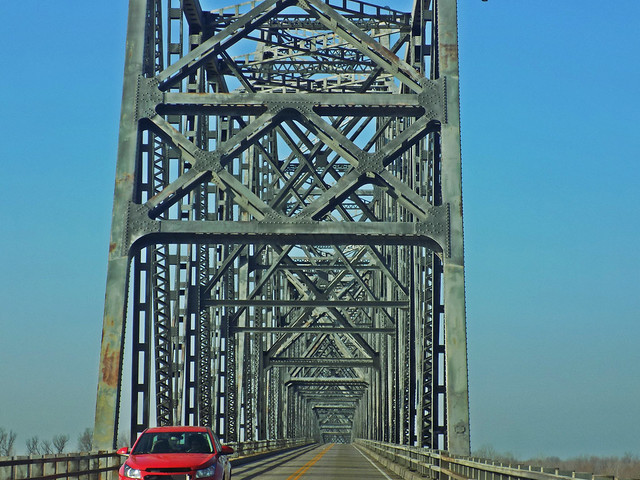 Construction was awarded to Modjeski and Masters and the Mt. Vernon Bridge Company. It was finished in 1937 and rehabilitated in 1979. The bridge spans 5,863 feet and is 20 feet wide. 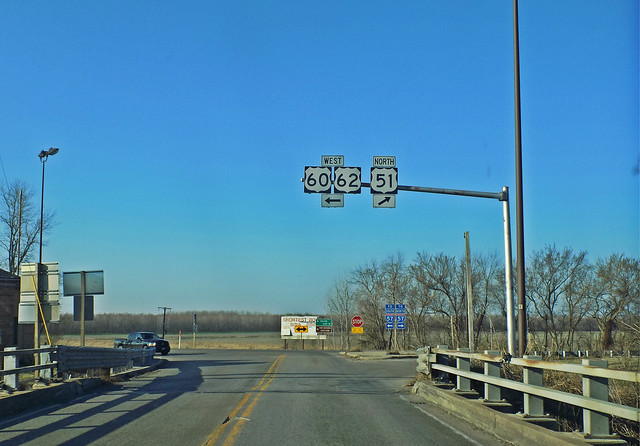 Today the Cairo Ohio River Bridge is eligible for listing on the National Register of Historic Places. 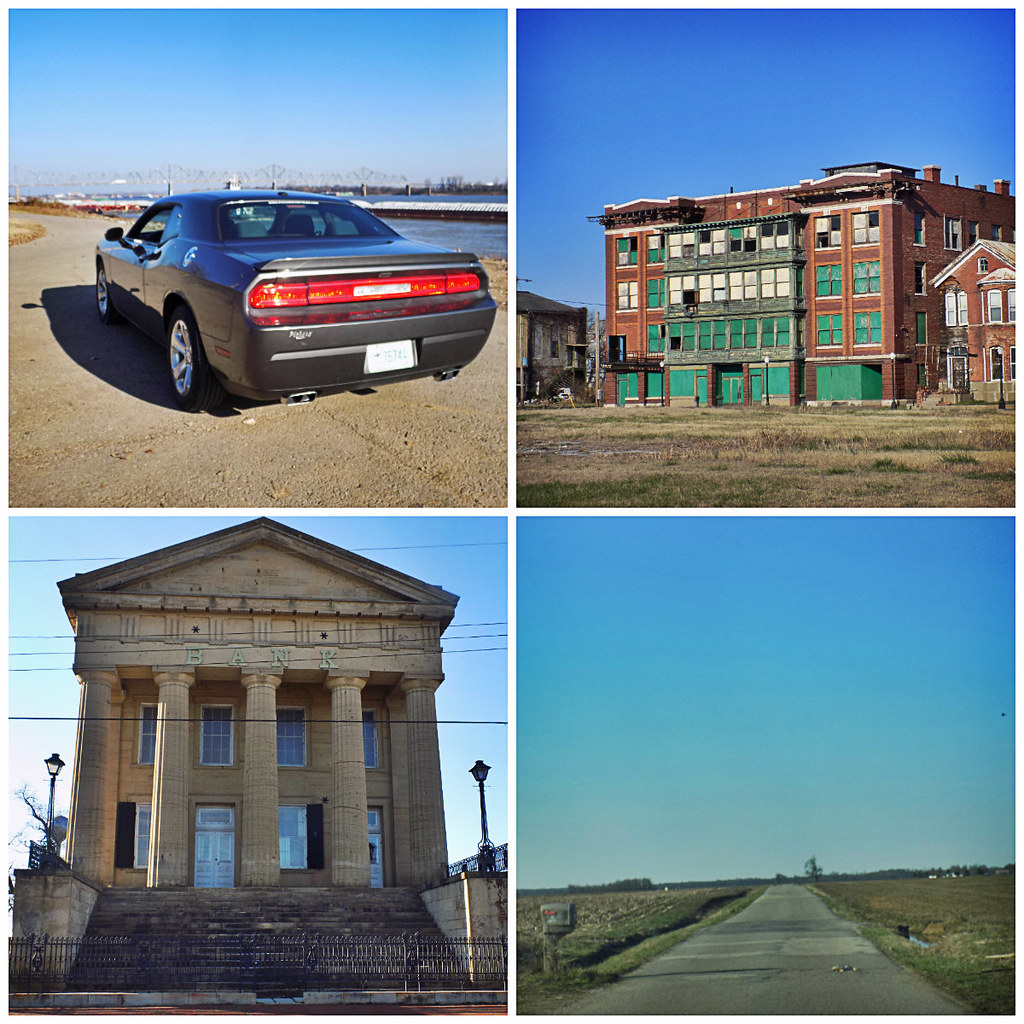 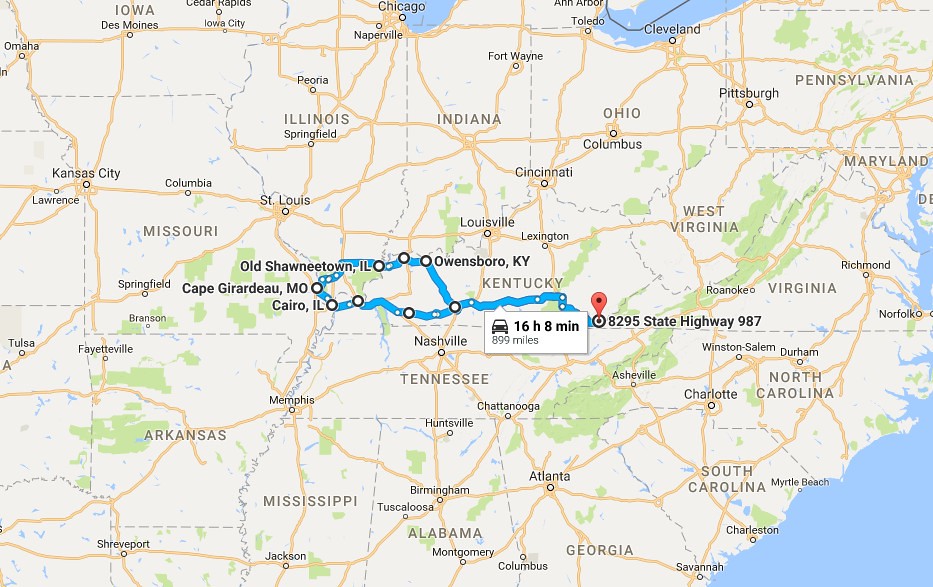 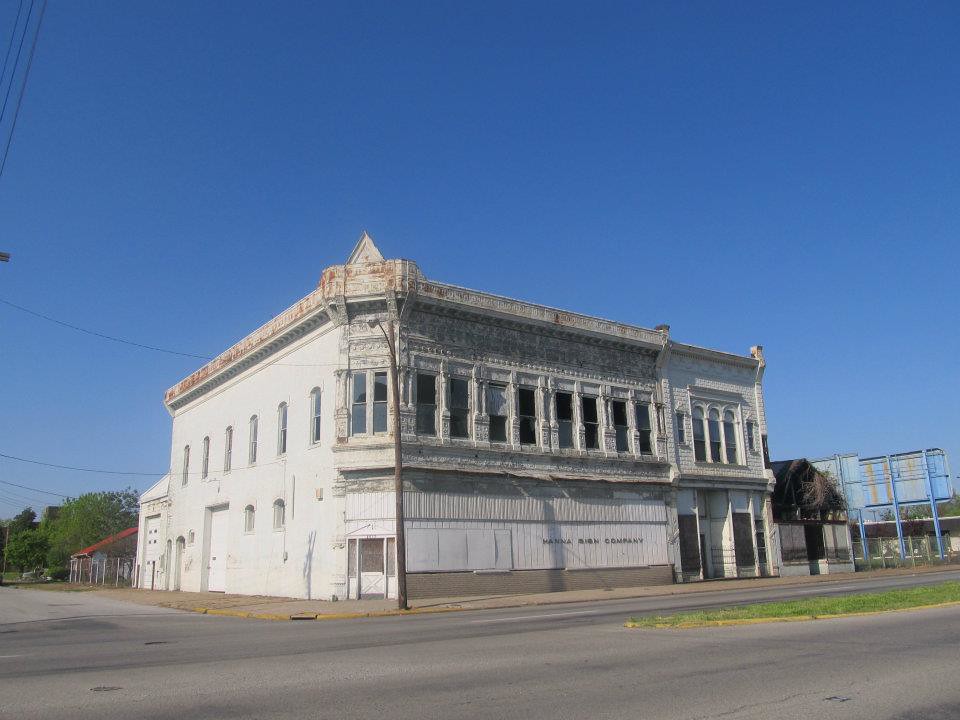 Back in March of 2012 I took a meandering road trip crossing back and forth across the Ohio River between Kentucky, Indiana, Illinois and eventually Missouri.  When I started this road trip just north of Louisville, I knew my ultimate endpoint was Cairo, Illinois, the southern most town in Illinois. 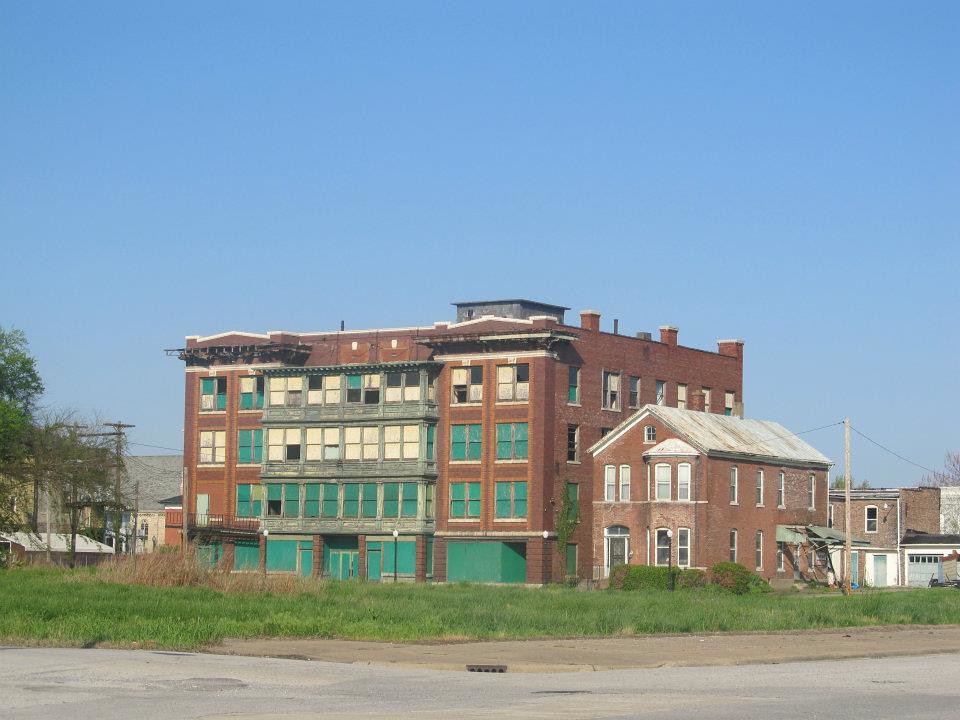 At this time the only significance I knew of about Cairo was that it was the confluence of the Ohio and Mississippi Rivers.  I had no idea the deep history I would uncover when I actually visited the town. 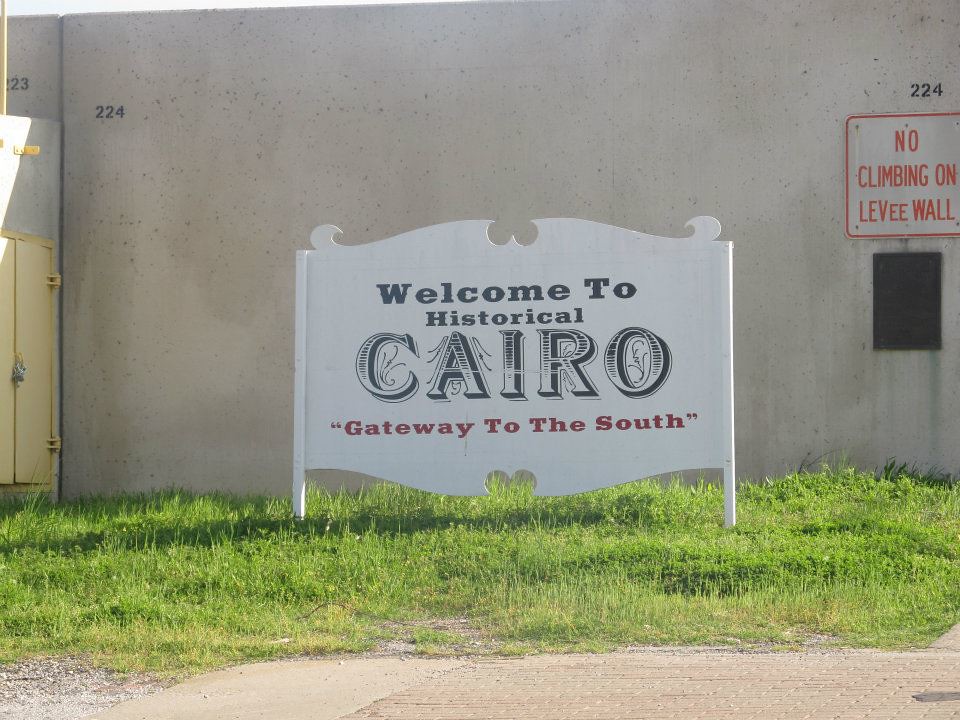 Once I got to the town of Cairo I was floored with the amount of urban decay, and I say that in a very loving way. I hadnt been that impressed since I stumbled upon the coal towns of southern West Virginia. 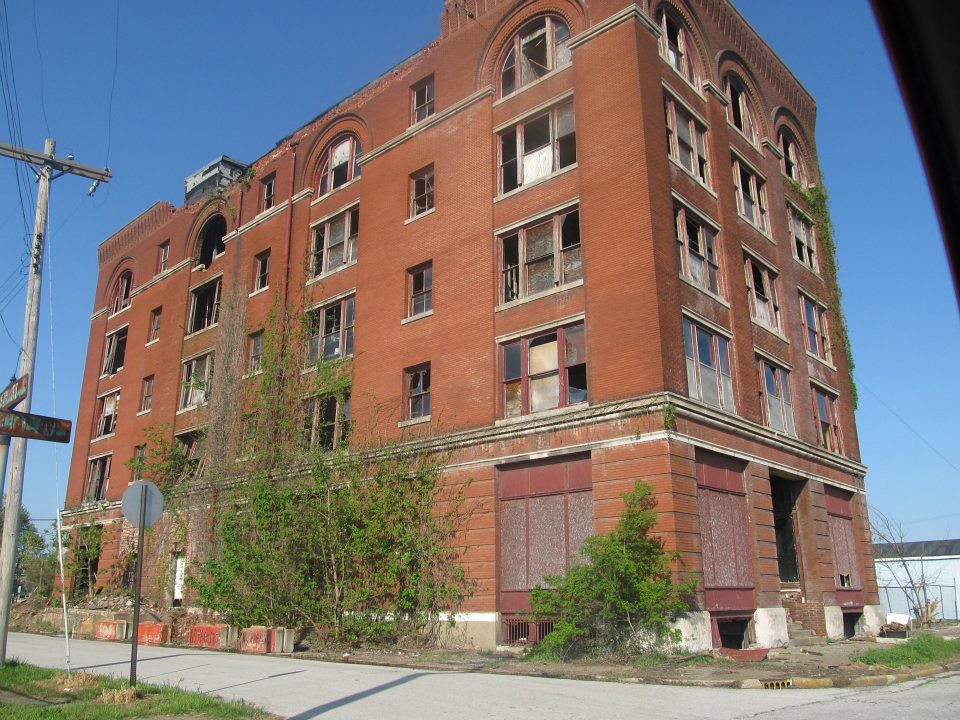 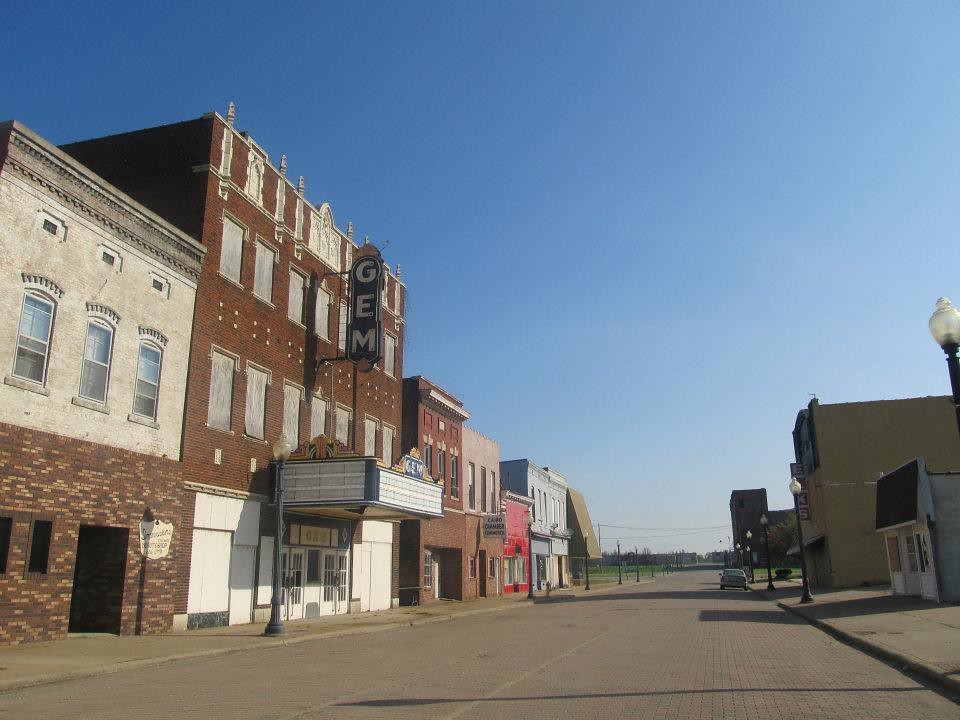 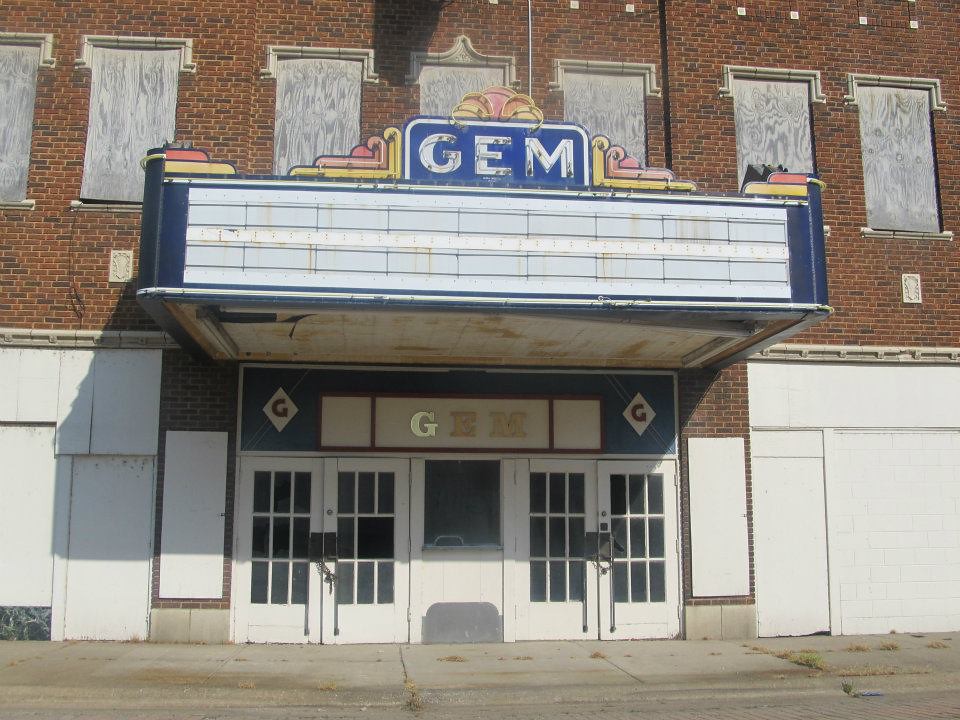 According to updates on google earth many of the buildings in my photos are now demolished. In the very near future I am returning to Cairo complete with updated pictures and definitely more documentation than I had from the trip in 2012. Be on the lookout for the update in the next week or so! 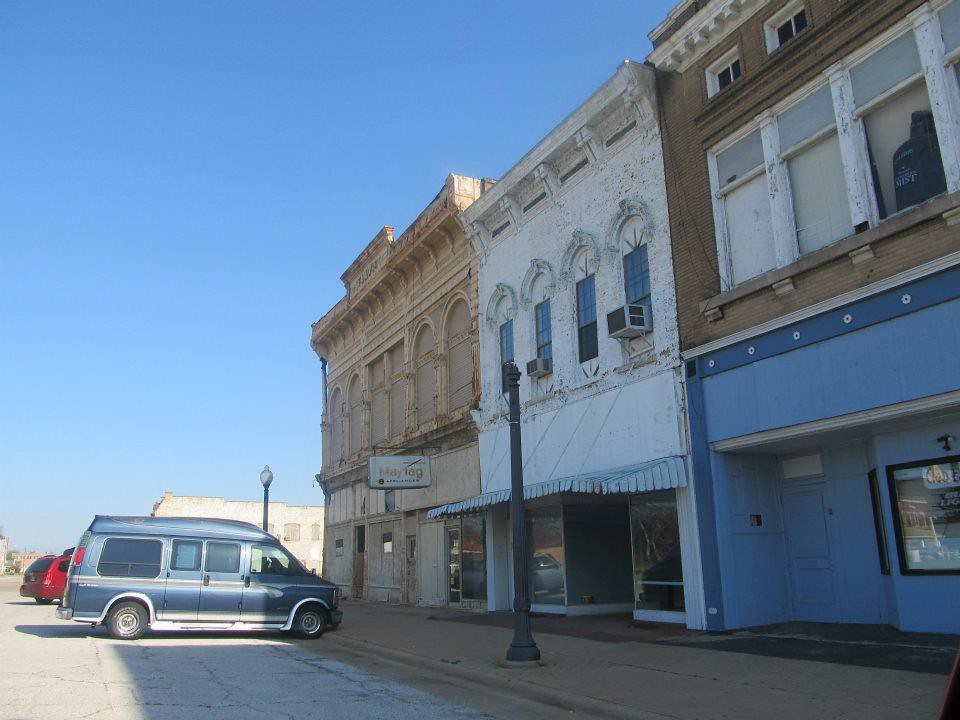