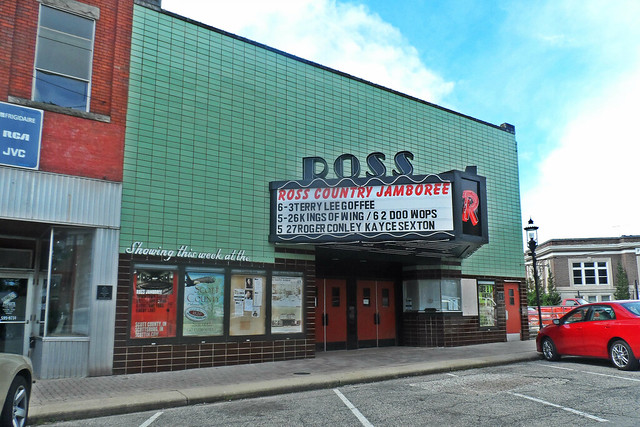 The Scott Theater was built and opened in 1947. After closing as a movie theatre it was later renovatated in 2002 and converted into a country music hall named the Scottsburg Jamboree. Later the theater was renamed to Ross Country Jamboree. The theater currently hosts weekly live music performances in the vein of The Grand Ole Opry. The theater has an audience capacity of 500.